Take a Walk through History at The Peel Mansion 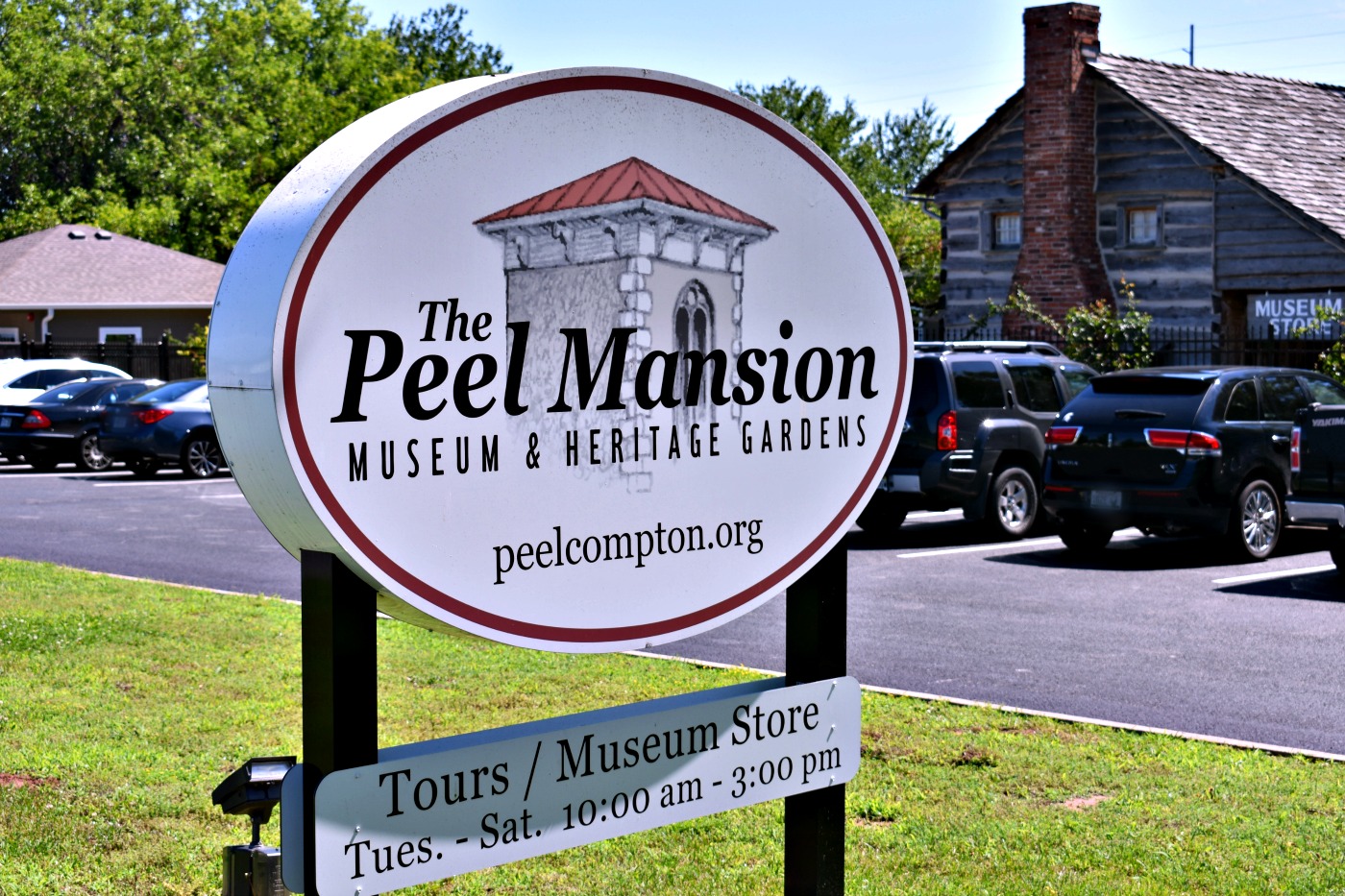 Imagine driving through the city of Bentonville. You pass by the home office of Walmart Stores, Inc., and just down the street, you see a historic mansion located right in front of a Walmart store. It may not appear to fit into its surroundings, but The Peel Mansion Museum & Heritage Gardens serves as a living display of 1875.

Back in 1875, the area looked much different. There were no offices or surrounding buildings, and the Italianate Villa-Style mansion was a working farmstead surrounded by 180 acres of apple trees. The home was built by Samuel Peel who was born near Batesville, Arkansas. Peel served as the circuit court clerk before entering the Confederate service in 1861. Thereafter he became a lawyer and went on to be the first native-born Arkansan elected to the United States Congress. Peel and his wife, Mary Emaline Berry Peel, raised nine children in the home.

Several million dollars have been invested in the modern renovation of the mansion. Great care was given to recreate the authenticity of the details in the house. Hidden in some of the walls were patches of the original wallpaper. Using scans of those patches, some of the rooms now contain the exact design of the wallpaper that was originally installed, including Mrs. Peel’s parlor that was papered in her favorite color, pink.

During the renovation, it was discovered that the Peel’s bedroom floor was painted blue. Today, the floors match the original color. The Lincoln rocking chair in the bedroom also belonged to Mr. and Mrs. Peel. The rocking chair was named after the same type of chair President Lincoln was sitting in the night he was shot.

The beautiful interior of the house was furnished with authentic era pieces, generously on loan by the Historic Arkansas Museum and the Old State House. As you walk through the rooms, you get a glimpse of life in the late 1800s. Members of the Peel family donated or loaned various pieces that belonged to the family. The white and gold china displayed on the dining table were the same pieces the Colonel used during his service in Congress.

As you walk through the boy’s bedroom, there is the original rocking horse, “Bucky,” used by the Peel children. It has been passed down through four generations of the family and you can see it was well loved. I smiled because I could see little ones’ giggle and laugh as they pretended to ride.

Visitors are given the option to take a self-guided tour or be escorted by a tour guide. I recommend allowing one of the volunteers to guide you. They will show you bits and pieces of history that you may not notice on your own. I personally didn’t think of families in the 19th century having ice, but the families who could afford it did! My guide pointed out the ice house, which was astounding to me. While walking inside the historic home, you forget that you are in a city; instead, you are transported back to 1875.

The Peel Mansion’s outdoor pathways are covered by large shade trees and lined with beautiful perennials and native plants. Planners put much research into what type of plantings would be found in a nineteenth-century garden. There is a children’s butterfly garden and heritage rose gardens. The garden surrounding the fountain was my favorite.

The gift shop on the property is located inside a remarkable pre-Civil War Andy Lynch log cabin. It’s full of unique and handmade treasures you can take home. In turn, you support the preservation of a piece of history. If you find yourself passing through Bentonville, be sure to take a step back in time and take a walk through The Peel Mansion Museum & Heritage Gardens.