“The Riverman’s Guide to the Kings River” 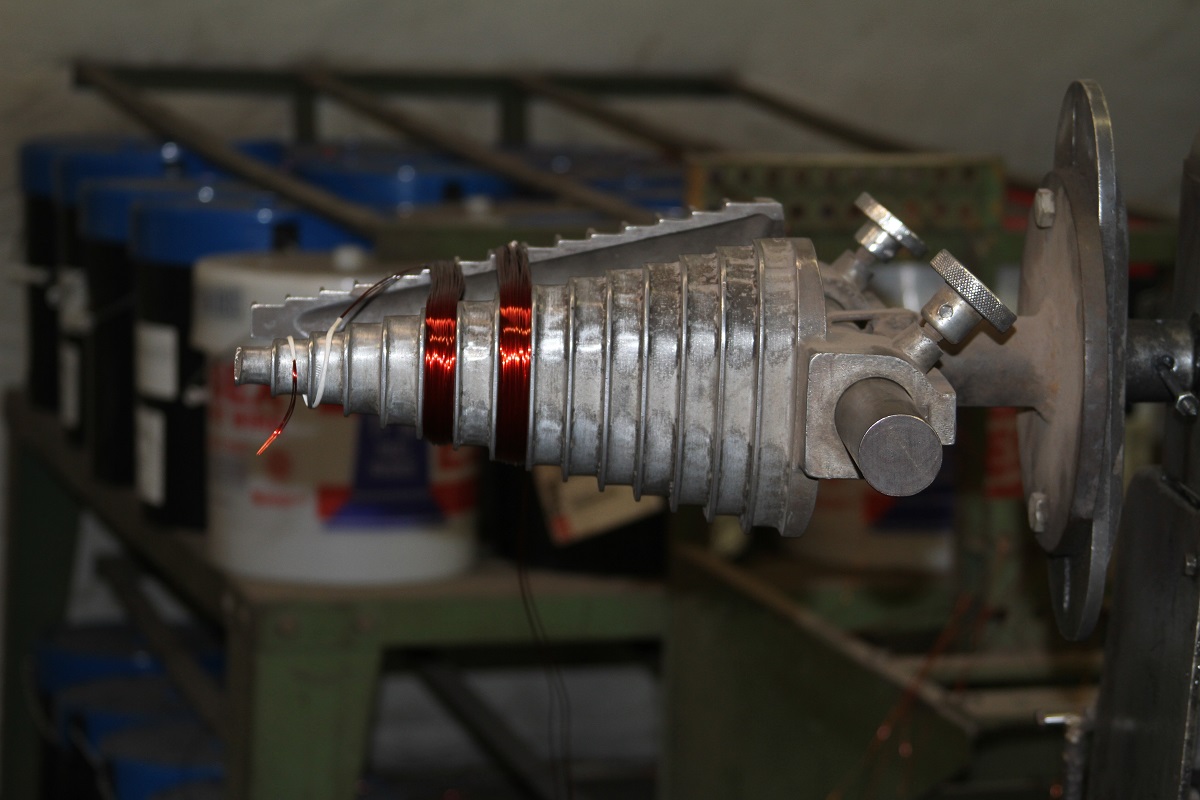 In the world of corporate business, small local companies often have trouble competing. While the average lifespan of a new business is approximately 10 years, a company that has managed to remain small, local and in business over 50 years is quite an accomplishment. Add to this equation three generations of family working together, and you have a very special and unique situation.

After graduating high school, Afton Embry began working for a motor repair shop in his hometown of Fort Smith. A couple of years later, he made the decision to move to the smaller town of Springdale to open his own business. He knew Springdale was growing in the poultry industry which meant potential business. He also knew he wouldn’t be able to provide for his family and start a business at the same time, so he made the difficult decision to go alone. In 1963, with very little money to his name, he and a friend opened West-Ark Electric in downtown Springdale. It was to be the first electric motor repair business in town.

With no place to live or money to spare, Embry slept on a cot in the back of his shop. In the beginning, business was very slow. Embry admitted there were days he spent more time at the coffee shop than working. Perseverance paid off and, in just a few months, business had picked up significantly. He was able to purchase his first home and move his small family to the area. Shortly after, he bought out his partner and became sole proprietor of the company.

During the 1970s, the face of Springdale began to change. Manufacturing plants were moving to the area and the poultry industry was expanding quickly. Springdale’s population was growing and so was his family and small business. Eventually, the small shop outgrew its space and the business relocated to Old Missouri Road where it still operates today.

When Embry’s boys were as young as 10 and 12, they would come to the shop to help their dad. As they grew older, the shop became their summer job. The first jobs they recall were removing wire from motors, one of the first steps in the repair process. If there were no motors to work on, they swept the floor. It was extra money for the boys and, at the same time, a way to learn the trade from their dad.

Both boys continued to work in the shop after graduating from high school. In 1995, the older son, Allen took over ownership of the business. Upgrades were gradually done and the business expanded into Oklahoma and Missouri. With more plants operating 24-hour shifts, it was not uncommon to have late night calls with production lines down. It was imperative to quickly get these plants back up which meant working all night to make it happen. At one point, Allen recalls working 30 hours straight. “You just didn’t have any other choice but to get it done,” he states. More times than not, his dad was by his side.

Even though most of the work they do now is for manufacturers, Allen and his brother remember many times in the early years when ladies from church would bring their irons, fans, or electric skillets to be repaired. Their dad always took the time to look at and repair, if possible, usually at no charge Another story recalled a farmer bringing in a pump motor but unable to pay for the repair. The motor was fixed and, later in the year, the farmer brought in produce to settle his debt. Decades later, these small acts of kindness are still embedded in their memories.

Success of any small business can be attributed to its dedicated employees. With only four employees, other than family, the team of West-Ark Electric has been together for many years. For Cody Sizemore, he began working for the company in 1994 as a senior in high school.

“I would go to school half a day and then come to work. At the time, Springdale High School would let you do that if you had all your credits.” As with all employees, he had to learn the job starting with the basics. “For the most part, it was hands-on training,” he remembers.

Repairing a motor has several different steps. First, the motor must be taken apart and placed in a large burn-off oven to remove varnish and make wire pliable. The wire is pulled out and replaced, and then the motor is varnished and baked in a curing oven. Depending on the size of the motor, this process could take as little as two hours or up to 30 hours. Looking back, the elder Embry stated, “The business should have never worked in the first place. I had very little equipment to work with and had to build a bonfire behind the building to burn off motors. For some motors, that could take days.” Thankfully, today’s burn-off oven is more efficient and holds approximately 12 average-sized motors. The average burn off time now is five hours, definitely making the bonfire method less appealing.

When the third generation of Embrys came of age, they too began just as their dad and uncle – working summers, removing wire and sweeping floors. Not a glamorous job by any means, but the hours were flexible allowing the boys to earn extra money while enjoying typical summer activities. In 2007, Allen’s oldest son, Matthew became a full-time employee creating three generations of family in the business.

When asked about working together with so much family, each member stated it could be hard at times but, for the most part, “it’s not too bad,” states Allen. “We are too busy to argue,” he laughs. He does recall a day when Matthew came to him and said, “Grandpa is always telling me what to do!” The only advice he could give him was, “just listen to him, son. He’s done this longer than you have.” Even today, an older motor will come through the door that Allen has never seen or the configuration of wiring is different. “But dad will look at it and tell me how to fix it. It amazes me what he knows,” he says.

As I take a walk through the shop building, motors of all shapes and sizes line the walls and floor, waiting to be picked up or repaired. The shop is dusty, noisy and smells of varnish. Everyone is working at their bench, each doing a specific task, as one job cannot be completed without the other.

Not all motors can be repaired and those that can may take more time than a person can wait. In such a case, new motors are available from as small as 1/1oohp for a wood stove blower up to 75hp for high-pressure pump motors. The largest motor they have repaired was 600hp. They understand the importance of needing a motor quickly. For example, families that have chicken houses for their sole income, rely heavily on certain motors to heat, cool and feed chickens. “If they lose the ability to do this, their entire income is in trouble,” Allen states.

Over the years, investors and larger companies have inquired about purchasing the small business. However, due to the family history it represents and witnessing the sacrifice of his dad, Allen has chosen to keep the business small, local, and available for Matthew should he desire to take over.

In a few years, a fourth generation may soon be learning the mechanics of motor repair. Allen jokes that he’s old enough to push a broom but, for now, he’s just excited to go to his daddy’s work and draw pictures for his Papa.

Today, at age 75, the elder Embry works almost every day because, “there is always something to do.” He goes on to say, “I can work as much or as little as I want. I’m not as fast as I used to be, either.” He laughs and continues, “I can get by with that. I know the owner pretty well.”

I have to admit I am certainly biased when it comes to this family business. You see, this is my family and I have seen firsthand the decades of hard work and long hours they have sacrificed to make it successful. Embry never dreamed the business would last 54 years and employee three generations of family. He has certainly set the bar high when it comes to setting examples, be it business or personal. His vision has truly become a legacy and future for our family and for that we are grateful.

A little about Brenda Embry.

Arkansas Women Bloggers member Brenda Embry is a life long gardener and enjoys writing about the ups and downs of Arkansas gardening. She completed the extensive Master Gardener program in 2003 and has actively volunteered in various projects in her community. She takes pride in growing and canning her own food and well as raising chickens for eggs and meat. In 2013, she became a beekeeper and has enjoyed the sweet rewards of this endeavor. She lives on 90 acres in Madison county with her husband. They enjoy traveling when they can by motorcycle and exploring small towns and forgotten roads. You can read about her gardens and travel on her blog theblondegardener.com and on Facebook and Instagram

I can't believe I've lived in northwest Arkansas for 54 years and I...

Problems with teeth can have devastating effects. Tooth sensitivity can...