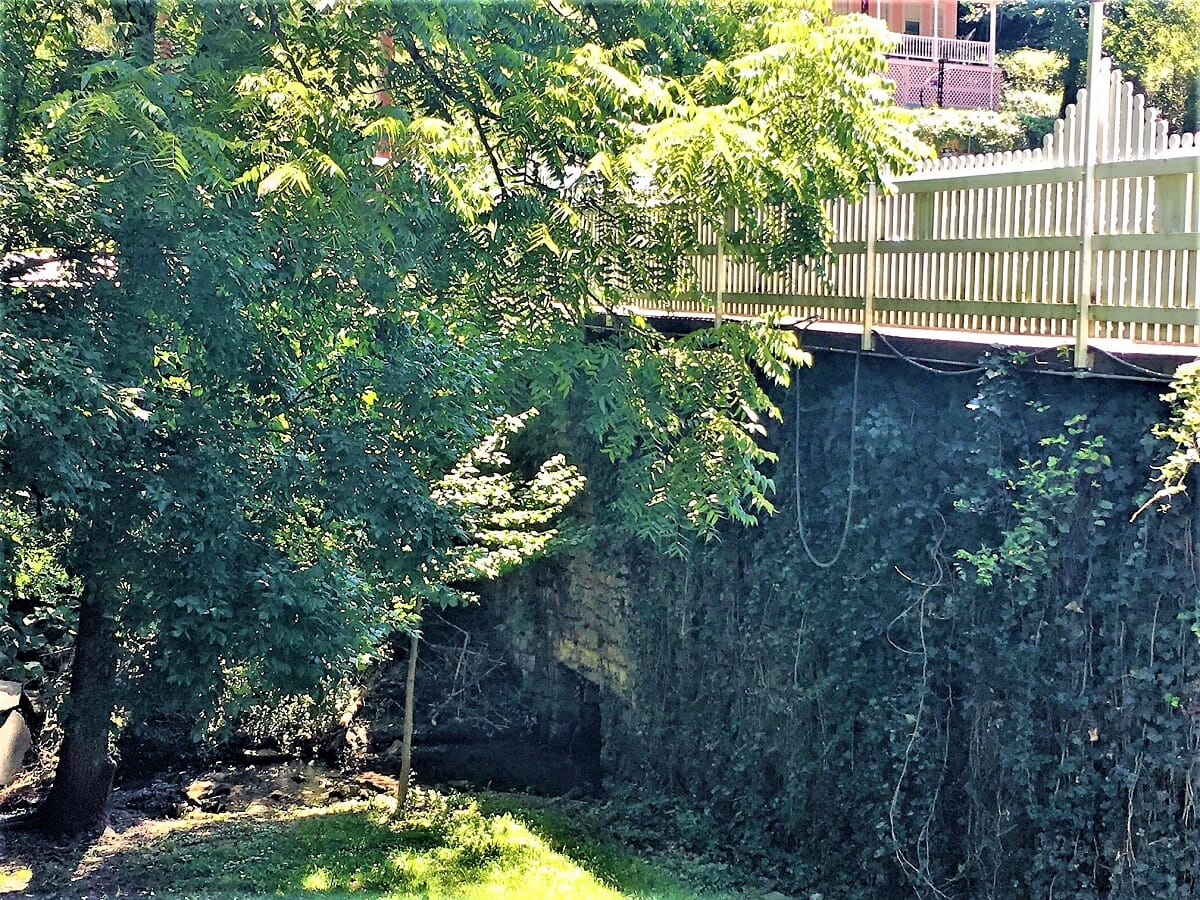 Since childhood, I’ve walked the sidewalks of Eureka Springs and admired the clear and lavender glass blocks embedded in the sidewalks. And while they were so pretty, I often wondered why they were there. Years later I learned that they weren’t just for ornamentation. These blocks of glass let lavender hued light into the dark underground sidewalks below. I admit that when I learned there were underground portions of the city, my imagination went a bit Lord-of-the-Rings. In a town where spooky stories and quirky history abound, I could imagine all measure of hidden caverns, ghosts and fairies beneath the city.

Eureka Springs may be “the city that water built” but back in the late 1800s water was also a real problem. Between runoff from the hills above, and flooding from spring-fed Leatherwood Creek, the city was battling major water issues. Main Street was the first official street in Eureka Springs (or as it would later become known and aptly named, Mud Street). It was built at a lower elevation in a gulch and near the creek. It battled run-off and flooding as water was often street level, creating a traffic-impeding amount of mud.

In 1890 the city took on major improvements and raised entire sections of the town. Limestone walls were constructed, raising the streets to the second story level in front of businesses, houses and hotels. The original sidewalks and storefronts became underground passageways under the streets, lit only from the grates and glass blocks in the new sidewalks above. Their original first floors became basements, and their original basements were then used to channel the creek beneath them.

In essence, their basements had basements.

Leatherwood Creek and other springs were the water sources channeled through a series of tunnels beneath the buildings and through the original basements. Visitors can see where the creek exits the underground caverns by walking down Mud Street, just past the Grand Central Hotel.

Property owners built their own stretch of the tunnel through which the creek ran, and that is why each tunnel is different and varied. Some spaces are only a few feet in height, and others are tall chambers in which floor beams of the buildings are visible 20 feet above. Some of these tunnels were constructed with dry stacked stone, and others with mortar. Locals report being able to hear the water flowing below the basement level in the Auditorium at the center of town. The Mud Street Café, a basement eatery which was originally a ground level store-front, has a clear floor space where the flowing water underneath is visible. A magical Facebook video shows it here.

And while raising parts of the city and creating a tunnel for the spring water worked, it is a system well over 100 years old and requires repairs. The city recently repaired a large section of damage underneath the parking lots of the Auditorium, Courthouse and a few other areas to prevent collapse. The city warns those with an adventurous spirit to avoid exploring these areas.

The Downtown Walking Tour located in the Basin Park is a good way for visitors to get a sense of not only the above-ground history of Eureka Springs, but also the history that lies beneath. However, the day I went the tour was canceled. I was still determined to find evidence of the underground city, and upon advice from a kind woman at the desk of the Basin Park Hotel, I made my way to the Grand Central Hotel. They allowed me to go into the basement where I could see what was once the street-level storefront. I even peeked into a tunnel that allegedly connects to the Mayor’s Office. There was a sign on the door that read “Miss Turnbottom’s Brothel” which I assumed was a cheeky reference to Eureka’s history of prohibition-era illegal activities, which utilized these underground passageways.

I admit, when I got into the tunnel and took photos, I had a little bit of a runaway as my mind’s eye envisioned what might be down there in the dark.

But then again, I’d been reading IT the night before.

Eureka Springs has long been a source of fascination. It has a history that the best of writers couldn’t possibly make up. It has art, gingerbread trim, hippies, springs and beautiful mountains. And now that I’ve learned there are hidden underground portions of the city beneath those glass sidewalk grates, which makes it all the better.

2 responses to “Underground Eureka Springs: Where Basements Have Basements”