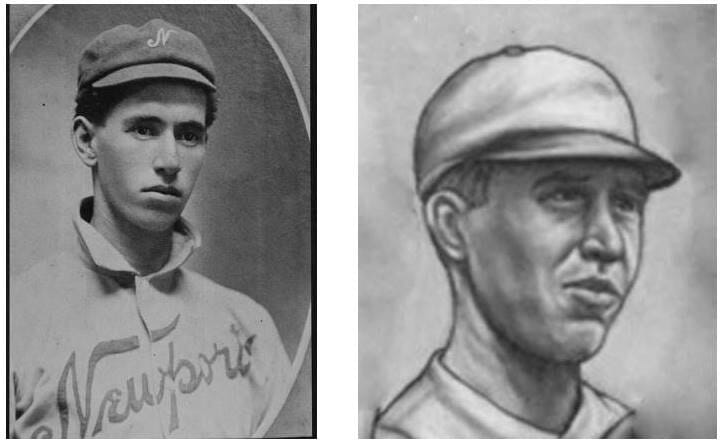 They called him “Rube,” a nickname often associated with a county bumpkin possessing little command of the ways of the world. In the case of the man who earned more pitching victories than any Arkansan in baseball history, the definition falls far short of an accurate description. John Henry Roberson was a shrewd contract negotiator, excellent master of personal priorities, and genius on the mound.

When the Arkansas Sports Hall of Fame was created more than 80 years ago, Rube Roberson was a member of the fourth group of athletes inducted. He is recognized by baseball historians as the greatest pitcher in Arkansas Traveler history, yet it is almost impossible to find John Henry Roberson’s name in any record book. Baseball’s official statistical source lists him as Hank Robinson and Arkansas baseball history knows him best as Rube Robinson.

Roberson was born in the White County, Arkansas, community of Floyd on August 16, 1887, but upon his arrival in professional baseball careless sportswriters inadvertently gave him a new identity. “Rube Robinson” made his pro debut with the Argenta Shamrocks of the Arkansas State League in July 1908,  but unaccustomed to being “owned” by a team, he soon became disenchanted with the Shamrocks and headed to Newport, closer to his White County farm.

The term “free agent” was decades away in baseball terminology, but in Robinson’s rural logic, he was free to play for the team of his choice. Robinson’s strategy, which he utilized often early in his career, was simple and ingenious. He convinced his current team that he was headed home to the farm rather than pitch for them. After abandoning the Shamrocks in mid-July, he finished the summer with the Newport Pearl Diggers. By late August, Robinson became the Pearl Diggers’ ace pitcher and finished his first pro season with a 9 – 5 record.

In 1909 through 1911, Robinson won 70 minor league games for teams in Jonesboro, Newport, Fort Worth, Texas, and Caruthersville, Missouri. His best season was the 1911 campaign with Fort Worth in the Texas League. Although he was late to spring training due to a self-reported case of measles, a malady that would delay him in later spring trainings, Robinson posted a landmark Texas League season. He won a league-leading 28 games and pitched over 300 innings for the Panthers before being called up to the Pittsburgh Pirates in September. He made 5 relief appearances for the Pirates late in the 1911 season and posted an ERA under 3.00. The Pirates had high expectations for the Arkansas farm boy.

Pittsburgh’s confidence in Robinson was well placed. In 1912, the talented young southpaw won 12 and lost 7 and led Pirate starters with a 2.28 ERA. By September, the local papers gushed that Robinson “was developing into one of the best pitchers in the country.”  In 1913, Robinson improved to 14 wins with a sparkling 2.38 ERA.

In his years in Pittsburgh, young Robinson formed an unlikely friendship with the legendary Honus Wagner, who was in his 40s and in the twilight of a remarkable career. While other players frequented bars and nightclubs, Old Hans and Rube chose amusement parks and fishing. Robinson recalled in a later interview that Wagner loved fishing so much he “would fish in places where there weren’t any fish.” Robinson was often by his side.

Robinson was traded to the St. Louis Cardinals in 1914 and spent two unhappy seasons in the Cardinals bullpen. Never happy as a relief pitcher, Rube developed chronic arm problems and solidified his disdain for major league baseball. When the Cardinals optioned Robinson to San Francisco of the Pacific Coast League for the 1916 season he simply refused an assignment in California. He declared he would simply stay home and pitch for the Floyd town team unless he could pitch for Little Rock.

Thus continued the saga of a major-league-quality pitcher who simply refused to pitch where assigned if it did not meet his wishes. His arbitration strategy was unique and effective. If a team purchased his contract or traded for his services, he would simply refuse to go. The Cardinals reluctantly agreed to Robinson’s ultimatum, and in July the big league team optioned him to Little Rock.

Rube went 11 – 1 in the last half of the 1916 season. The Cards recalled him in August, but once again he refused to leave the Travs. In 1917, Robinson won 21 games for Little Rock, and in the spring of 1918, the Cardinals sent him a new contract for $300 per month to pitch for the big club. The contract remains unsigned in the family scrapbook. For all or part of the next 13 seasons, Robinson would be the ace of the Little Rock Travelers.

Robinson would make one more brief appearance in a major league uniform when the Travelers’ 1918 season abruptly ended in mid-season. The Southern Association, struggling with the demands of World War I, ceased operations on June 30. Despite his reluctance to pitch anywhere outside Arkansas, Rube accepted an offer from the New York Yankees.

Robinson pitched in 11 major league games for the Yankees that summer. Ironically, his last game on August 12, resulted in a 2 – 1 victory for Robinson over the Boston Red Sox. The losing pitcher for Boston that historic day was a youngster named George Herman Ruth. The next week Rube decided to exercise his personal brand of free agency. With 20 games remaining in the season, he picked up his check and returned to Floyd.

Rube and a teammate admire an early radio, circa 1920

The Southern Association and the Little Rock Travelers resumed play in 1919, but Robinson did not report when the Travelers opening spring training. In a medical anomaly that must have astounded the local medical community, Rube announced that, as in the spring of 1911, he once again had measles. Undoubtedly, Robinson recovered. He won 23 games for a Traveler team that finished second in the league in 1919.

In the professional baseball culture of today, minor league teams exist to provide experience for prospects hoping for a major league career. When players on those teams are no longer considered candidates for eventual major league promotion, their career is basically over. In the first half of the 20th century, minor league teams gladly accepted both young players with major league potential and experienced men who had made a career in baseball but no longer had major league ability. Occasionally the melding of these categories produced a team for the ages. Such was the 1920 Little Rock Travelers.

Robinson won 26 games for the league champion Travelers in 1920. The Southern Association Champions of that historic season drew 165,000 fans to Kavanaugh Field, setting an attendance mark that would stand for more than thirty years. Little Rock and the nation were ready for good times after a demoralizing war effort and the shadow of the Spanish Flu Pandemic, and the 1920 Little Rock Travelers supplied those times.

The 1920 Travelers were a collection of colorful characters and talented baseball players in the various career stages common to minor league baseball in those turbulent times. Some had been major leaguers, some were youngsters with big league dreams, and others were discovered on the Native American reservations of Oklahoma. Despite the flux of minor league transitions, one thing in Little Rock baseball remained constant. Rube Robinson, a young man with major league talent and a rural heart, gave the Travs the best pitcher in the Southern Association.

By the mid-1920s, Rube (back left) was in his late 30s pitching on teams of aspiring younger players.

BaseballReference.com credits Robinson with 297 pitching wins, but many of the totals for the seasons early in his career are incomplete. Robinson’s actual win total is likely close to 330 wins, with 190 of that total earned while pitching for the Travelers.

Robinson was inducted into the Arkansas Sports Hall of Fame in 1962 as John Henry Roberson and the Texas League Hall of Fame in 2011 as Rube Robinson. Roberson spent the last years of his life working for the Arkansas Highway Department. He died in 1965 in North Little Rock. Robinson still holds most of the Arkansas Traveler pitching records. And is considered among the greatest minor league pitchers of all time. Jim Bailey, a highly respected Arkansas Gazette sportswriter, described Rube’s lofty status in a tribute from 1991. “If the Travelers ever assemble on a Field of Dreams, Rube will surely be the pitcher.” According to Bailey, “Lefthander Rube Robinson didn’t flunk out of the major leagues, he simply put in for a transfer.”

Note: Special thanks to the Roberson family for their help with this article and for sharing the remarkable vintage photographs.