On September 21, 1990, “Evening Shade” premiered as one of CBS’s new comedy shows. The show was set in the small town of Evening Shade in Sharp County, Arkansas. The show included a heavy-hitting cast starring Burt Reynolds, Marilu Henner, Hal Holbrook and Michael Jeter, to name a few. For the next four years, “Evening Shade” brought a positive portrayal to the rest of America of life in small-town Arkansas. 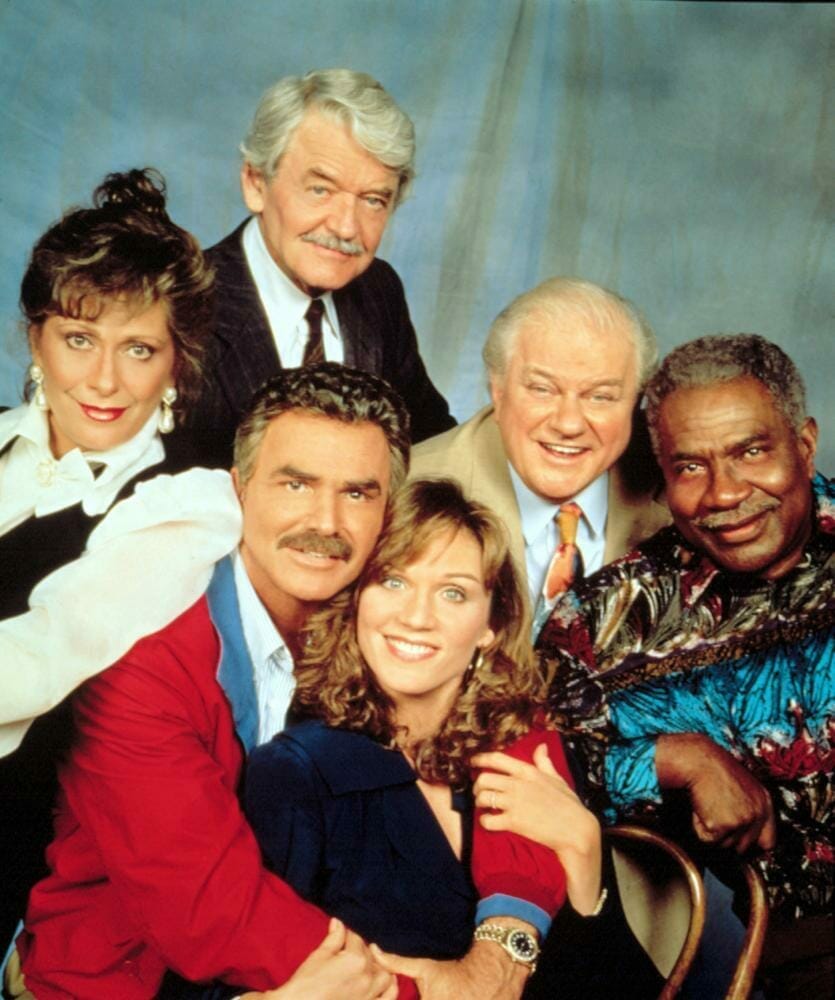 “Evening Shade” was created and produced by Harry Thomason and Linda Bloodworth- Thomason. The pair had already enjoyed success with “Designing Women,” which featured four Southern women in Georgia and was also shifting cultural perceptions of the South. Although “Designing Women” was set in Atlanta, scenes from Little Rock were used in the show, including the Arkansas Governor’s mansion as the home of Suzanne Sugarbaker, one of the show’s main characters.

Thomason was a native Arkansan, born in Hampton, and later lived in Little Rock, where he coached football and taught mathematics. Thomason married Linda Bloodworth in 1983. Bloodworth was from Poplar Bluff, Missouri. It’s only natural that the pair of writers and producers decided to set a series halfway between their hometowns when they created “Evening Shade.”

Burt Reynolds in 1991. Photo by Alan Light via Wikimedia Commons

Bloodworth-Thomason emerged as the main writer, and although the show was set in Arkansas, her childhood in small-town southeast Missouri played a large role in her scripts. Burt Reynolds was cast as the main character, “Wood Newton,” a former professional football player who returns to his hometown to coach the high school football team. His wife, Ava, was played by Marilu Henner, who juggles her career as an ambitious lawyer with raising children, including a “surprise pregnancy” in season one.

Marilu Henner in 2011. Photo by Jeff Katz via Wikipedia

The show is full of memorable characters, a hallmark of Bloodworth-Thomason’s writing. Hal Holbrook played Ava’s father, often at odds with Reynold’s character, with comedic results. Michael Jeter brought a lively performance each week as Herman Stiles, the math teacher turned assistant coach who knew little about football but was all the program could afford. Ossie Davis played Ponder Blue, who narrated each episode and was the owner of the local BBQ joint, a nod to the importance of great BBQ in Arkansas. Reynolds’ character, “Wood,” was also good friends with local doctor Harlan Elldridge, played by Charles Durning.

Although the show was set in Evening Shade, filming took place at CBS Studio Center in Los Angeles. The show’s opening includes scenes from around Evening Shade and Arkansas, though, and it was the first television series to be set in Arkansas. Unlike previous television and movie references to the state, “Evening Shade” portrayed Arkansas in a positive light as its small-town characters navigated marriages, careers, raising children and relationships. It brought the normality of Arkansas life to the rest of America, and with an all-star cast. The show also regularly mentioned places around Arkansas, drawing on the Thomasons’ familiarity with the state.

Michael Jeter at the 1992 Emmy Awards. Photo by Alan Light via Wikimedia Commons

“Evening Shade” filmed 99 episodes and held one of the top 20 spots on television for two years. It garnered awards for some of the actors, including a People’s Choice Award, Golden Globe, and Emmy for Burt Reynolds. Michael Jeter also won an Emmy. Although the show had slipped slightly in the ratings for its fourth season, it is speculated that Reynold’s rocky marriage and subsequent divorce from Loni Anderson played a larger role in ending the series.

One response to “Remembering “Evening Shade””