The First Ladies of Arkansas 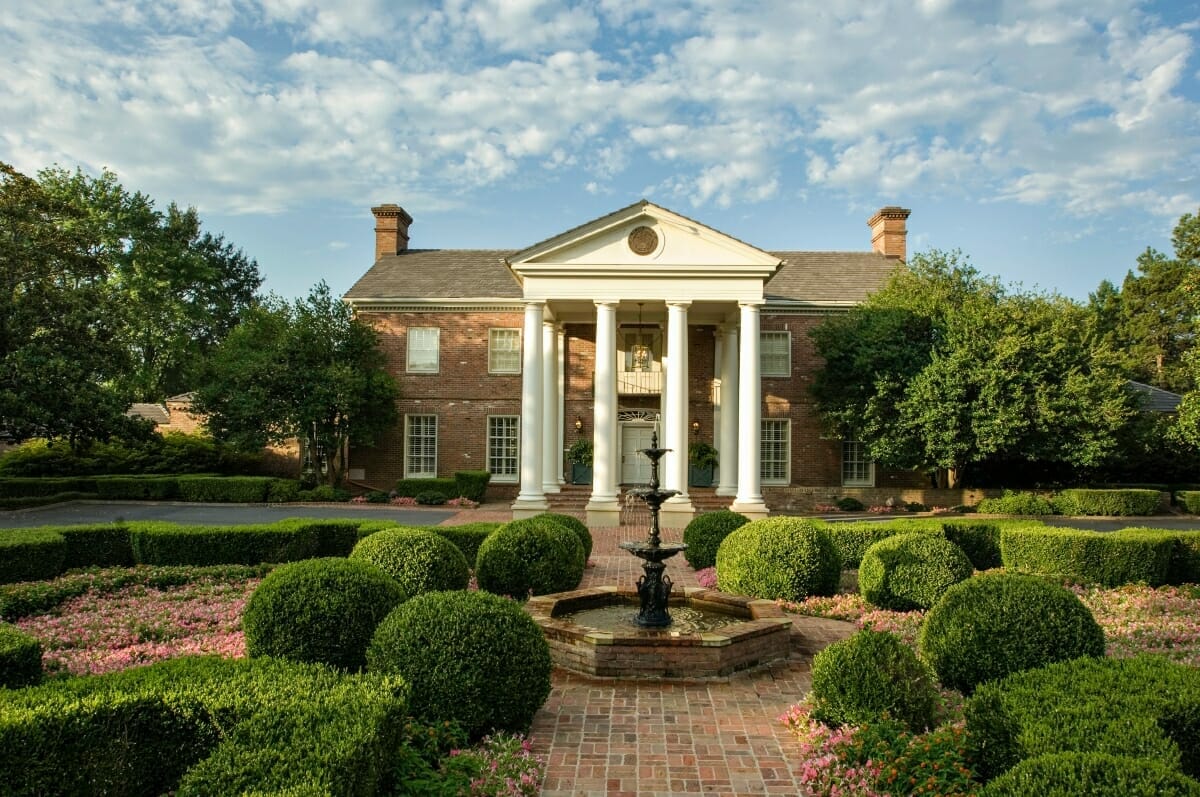 Since Arkansas became a state in 1836, and even as a territory, the wives of Arkansas governors have played important roles in shaping the state in different ways. The role of First Lady is an unofficial one, but it comes with many tasks, both expected and unexpected. First Ladies in Arkansas run the Arkansas Governor’s mansion, host and attend social events, and often choose their own focal points while in the governor’s mansion, from health to education. Read about a few of Arkansas’s First Ladies and how they shaped Arkansas.

Frances Watkins was married to General Matthew Walton, the founder of Springfield, Kentucky. When Walton died, she remained at Walton Manor as one of the wealthiest people in the state. John Pope was a lawyer and served tenures as both senator and representative for the state of Kentucky. He married Frances Walton on May 1, 1820. After supporting Andrew Jackson’s presidential campaign in 1828, Jackson appointed Pope as territorial governor of Arkansas. He sold Walton Manor to his son-in-law, and the Popes moved to Arkansas.

Territorial governors didn’t usually bring their families with them, as Arkansas was still considered the frontier. But Frances Pope lived in the territory for six years. She witnessed her husband’s expansionist policies as he encouraged immigrants to settle in the state. She also heard her husband’s vision for Arkansas to become a state, and the plans for Arkansas’s first statehouse, now the Old Statehouse Museum. Frances Pope saw construction break ground on that project before her husband lost his bid for a third appointment as governor. The couple returned to Kentucky in 1836, but the Popes definitely shaped Arkansas to ready it for statehood.

Mary Kavanaugh Eagle was a First Lady who was ahead of her time. Born in Kentucky in 1854, she excelled at school. She married James Phillip Eagle in 1882, and they moved to Arkansas. The couple lived in Lonoke County on a large farm, but James Eagle was a member of the General Assembly, and Mary often accompanied him to Little Rock. She became interested in politics and became an expert parliamentarian, well-versed in parliamentary procedures. When her husband ran for governor in 1888 and 1890, she accompanied him on the campaign trail.

During her time as First Lady, she was an impeccable host during events at the governor’s mansion, was actively involved in mission work through her church, interested in the women’s suffrage movement, and served as an Arkansas delegate to the General Federation of Women’s Clubs. The women’s clubs encouraged civic improvements through volunteerism. Mary Eagle died in 1903, but her influence on Arkansas’s First Ladies lives on today.

Anne McMath was First Lady in a time of political reform and postwar improvements. Her husband, Sid Sanders McMath, was elected in 1949. At the time, he was the nation’s youngest governor at 37. Anne was even younger. She stepped into her role at age 29, and while the First Lady, she raised a family of five children, which included giving birth to twins in her husband’s last year of office in 1953.

The McMaths were the first family to live in the Arkansas Governor’s Mansion. Completed in January of 1950, over 180,000 people toured the mansion before the family moved in. Anne McMath was involved in both welcoming Arkansans to see the new mansion and helping the newly-constructed estate become a home for the governor’s families. In 1989, Anne published “First Ladies of Arkansas – Women of Their Times.” The book details Arkansas’s first ladies from the perspective of one of their own.

The Old Statehouse, whose construction was witnessed by the first First Lady of Arkansas, Francis Pope.

Winthrop and Jeannette spearheaded the fundraising for the Arkansas Arts Center, now the Arkansas Museum of Fine Arts. When Rockefeller campaigned for governor in 1966 and won, he was the first Republican governor since the late 1800s. When the Rockefellers moved into the governor’s mansion, Jeannette supervised a renovation to modernize the home. Jeannette supported mental health as the president of both the Arkansas and National Associations for Mental Health. Even though her relationship with Winthrop grew rocky and ended after he lost his third gubernatorial campaign in 1971, Jeannette Rockefeller continued to maintain an interest in Arkansas.

Gay White found herself in a position she’d never expected when her husband, Frank White, became governor in 1981. She assisted her brother-in-law on David Pryor’s unsuccessful bid to become the Democratic nominee for governor in 1972. She met Frank White, the head of the Arkansas Industrial Development Commission, when David Pryor won the gubernatorial race in 1975. The couple married that same year. Frank left his position in 1977 for business, but became a surprise candidate for governor in 1980 against Bill Clinton. He won as somewhat of an unknown candidate outside of Little Rock, and his two years as governor were turbulent.

Gay White held her own as First Lady, though. She embraced the unexpected role, often gave personal tours of the Arkansas Governor’s Mansion and used her newfound influence to advocate for senior citizens and children. She was the Arkansas representative for the White House Conference on Aging. After Frank White lost in 1983, Gay White continued to advocate for children’s reading and nutrition programs, women’s financial literacy and nature conservancy. She continues to support these ideas as a former First Lady of Arkansas.

Arkansas has had 41 First Ladies, each in a unique position to influence the state, some within the constraints of their times, like Mary Eagle, and others who helped shape the role into its current state, like Anne McMath. Their contributions in this unofficial role still yield deep influence, and their legacies live on.