Arkansas Properties on the National Register of Historic Places 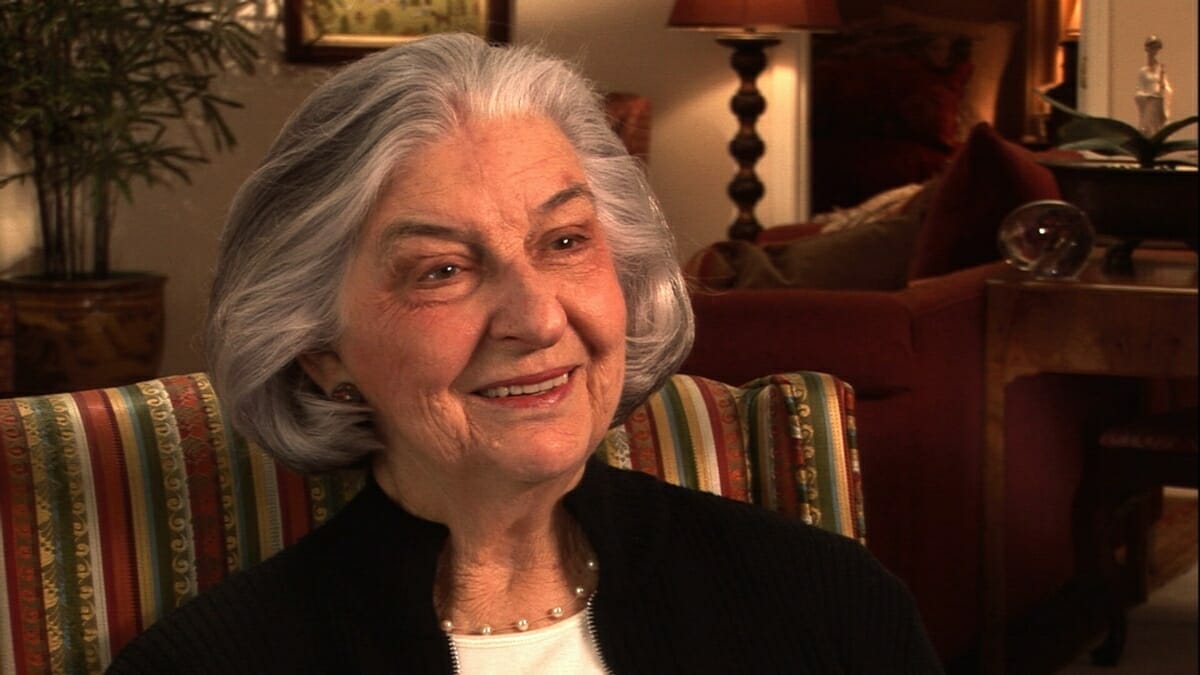 Betty Bumpers went from teaching fourth grade to leading an incredibly successful vaccine campaign in Arkansas, and eventually, across the United States. Born Betty Lou Flanagan on January 11, 1925, she grew up in Grand Prairie in Franklin County, where her mother impressed the importance of good health and sanitation on Betty and her siblings. While attending high school in Charleston, Betty dated fellow classmate Dale Bumpers. Her family moved to Fort Smith and then to Iowa, where her father was a cattle farmer and auctioneer.

She attended both Iowa State University and the Chicago Academy of Fine Arts. While in Chicago, she reunited with Dale Bumpers, who was studying law at Northwestern University in Chicago. Betty taught fourth grade and married Bumpers in 1949. The couple decided to return home to Arkansas once Dale finished his law degree.

From Teacher to First Lady

Betty Bumpers on her wedding day, Courtesy of the Pryor Center for Arkansas Oral and Visual History, University of Arkansas

Back in Charleston, Betty and Dale Bumpers were part of the Charleston community. Betty taught at an elementary school while her husband practiced law. They had three children and life looked normal for the Arkansas family. In 1954, though, both Betty and Dale helped play a role in desegregating Charleston’s public schools. Dale Bumpers later served on the school board.

Dale Bumpers ran for governor of Arkansas in 1970 and won, even as a relatively unknown candidate. Suddenly, Betty Bumpers was the first lady of Arkansas. She moved into the role with urgency and tenacity. As Bumpers had already worked with children her entire career, she quickly decided to continue that focus as first lady. Growing up during the 1920s and 1930s, Bumpers had seen the effects of diseases like polio, diphtheria, measles and rubella. She knew families who lost children to these diseases, or children affected by polio. As a teacher, she continued to see disease wreak havoc on her students. When the polio vaccine became available in the 1950s, Bumpers made sure her children were vaccinated.

When Bumpers became the first lady of Arkansas, the Centers for Disease Control reached out and informed her that the state of Arkansas had some of the lowest rates for childhood immunizations in the nation. At the time, vaccines for measles, mumps, rubella and polio were all available. Bumpers knew that these same diseases were highly contagious and easily passed among schoolchildren. She decided to change the rate of immunizations among Arkansas children and immediately started organizing a campaign. She involved organizations across the state in the effort, from the Arkansas League for Nursing to the Agricultural Extension program, the American Medical Association and even the Arkansas National Guard.

Bumpers on the Every Child by ‘74 campaign, courtesy of the Pryor Center for Arkansas Oral and Visual History, University of Arkansas

With her army of volunteers, Bumpers organized campaigns around the state to vaccinate children, and in one year, 100,000 children had received 400,000 vaccines. The state’s immunization rate for polio jumped from 50% to 80%. The first year was so successful, Bumpers initiated a campaign called Every Child by ‘74. Bumpers aimed for every child in Arkansas to be vaccinated against severe childhood diseases by 1974. In the meantime, Dale Bumpers was reelected to the governorship in 1972, allowing Betty Bumpers to continue her vaccination campaign. Arkansas went from one of the lowest immunization rates for childhood vaccinations to one of the highest, and the CDC asked Bumpers to help other states organize similar campaigns.

From Arkansas to the Nation

Dale Bumpers was elected as an Arkansas senator in 1974 and the Bumpers moved to Washington D.C. Betty didn’t forget the success of the Arkansas vaccination campaigns, though. She looked for a new opportunity to impact children’s lives even more with life-saving vaccines. Bumpers had met Rosalynn Carter after speaking at a governor’s conference in Georgia. Carter had initiated a similar vaccination program in her state after hearing Bumpers speak. After Jimmy Carter’s election in 1976, Betty Bumpers immediately partnered with the new First Lady of the United States to create a vaccination campaign to impact every state in the nation. The two women discovered that only 11 states required vaccinations to enter primary school. They set out to change the requirements. They visited every state, and after two years, all 50 states had adopted immunization requirements to enroll in public schools.

Betty and Dale Bumpers (center) at a dinner hosted by Jimmy and Rosalynn Carter at the Whitehouse, 1977.

By 1981, cases of measles had dropped a stunning 80% across the United States. Unfortunately, the historic low level of cases didn’t last. Vaccinations lagged and another outbreak occurred from 1989 to 1991, mostly among young, unvaccinated children. Bumpers decided to begin another campaign to encourage parents to vaccinate their children for most childhood diseases by the age of two. She partnered with Rosalynn Carter again and they led the “Every Child by Two” campaign. They set a goal of vaccinating 95% of U.S. children against measles, mumps, rubella, diphtheria and polio. The Every Child by Two non-profit organization continued to advocate for childhood vaccinations, and is still in existence today under the name “Vaccinate Your Family.”

From Vaccinations to World Peace

Bumpers shifted her focus in the 1980s to advocate for the peaceful detente to nuclear proliferation. She founded Peace Links, which encouraged thousands of women from the United States, Russia and around the world to reach out to each other, talk, share their lives, and advocate for peace.

Bumpers’ work in childhood vaccinations and nuclear peace earned her many awards and honors. She received the Distinguished Citizen Award, presented by the Arkansas governor in 1987. She also won the Surgeon General’s Medallion in 1993. The National Women’s Hall of Fame inducted her in 2005, followed by the Arkansas Women’s Hall of Fame in 2015. Bumpers continued to stay active with Every Child by Two until her death on November 23, 2018.

Courtesy of the Pryor Center for Oral and Visual History, University of Arkansas.

In an interview with the David Pryor Center at the University of Arkansas, Betty Bumpers said, “…it is for every person to realize their potential about what they can do if they have the tenacity and the will to really put the work in on it.”

The impact Betty Bumpers had on the children and families of Arkansas and the United States is still felt today, thanks to the effort she put in for the work she believed in.

More stories of Arkansas First Ladies can be found here.

Photos are courtesy of the Pryor Center for Oral and Visual History at the University of Arkansas are part of the Arkansas Memories Project Interview with Betty Bumpers recorded on March 10, 2010.