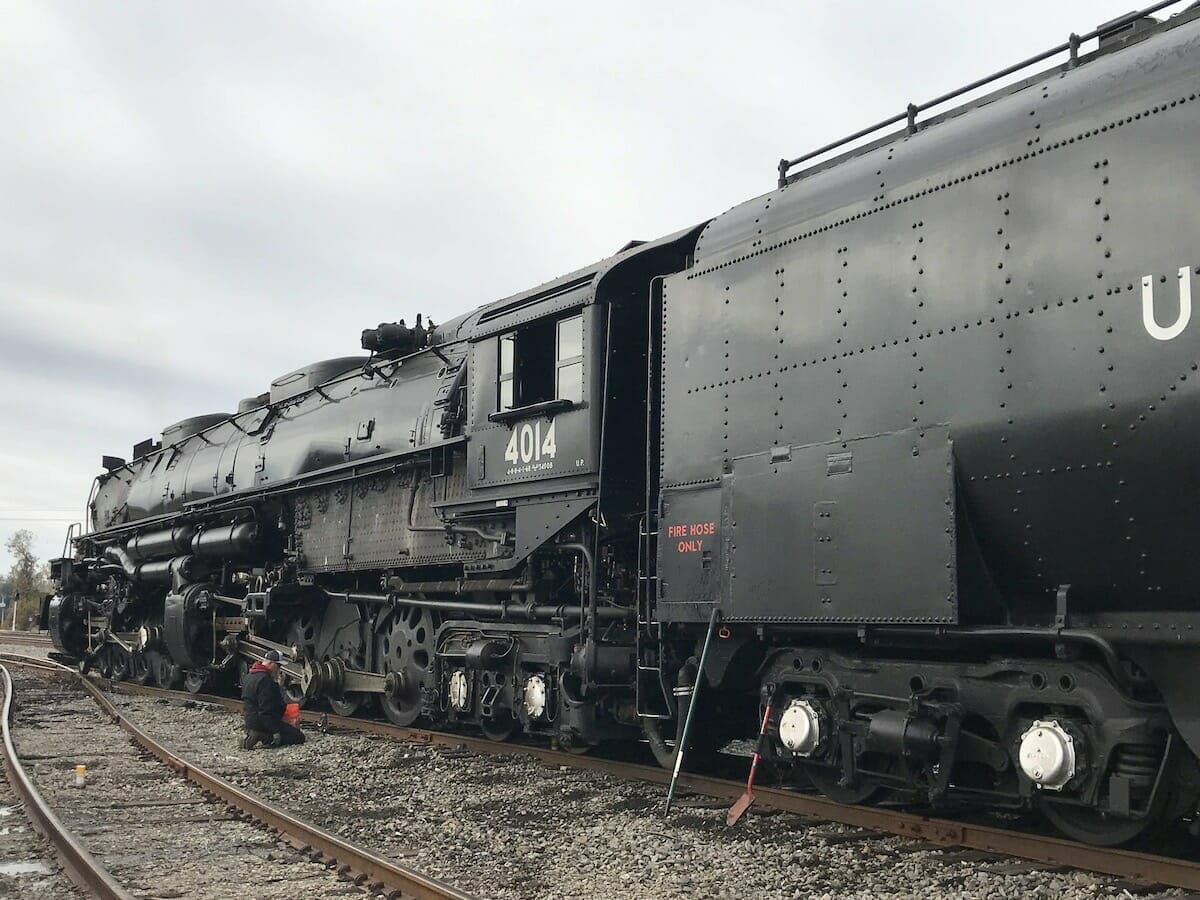 Get ready to see a piece of railroad history when the world’s only operating Big Boy steam engine travels through Arkansas August 25-27.

Rail fans young and old will not want to miss seeing the historic Union Pacific 4014 “Big Boy” locomotive train on the Arkansas leg of a 10-state tour which began in Cheyenne, Wyoming, in early August and will conclude its journey on September 7.

Restoration and Present-Day Debut of UP 4014

In preparation for celebrating the 150th Anniversary of the Transcontinental Railroad’s Completion, Union Pacific reacquired the train in 2013 and began a multi-year restoration project to bring the UP 4014 back to its original glory.

Following the photo opportunity, the train embarked on a months-long tour of the western half of the United States. It was during this tour that the UP 4014 made its first appearance in Arkansas. In November 2019, an extended public display at Union Pacific in Little Rock drew a large crowd of spectators.

If you missed seeing the Big Boy in 2019, make plans to see it as it travels through Arkansas once again.

Due to COVID protocols, all Arkansas stops are currently scheduled as “viewing only” events, although this is subject to update at the crew’s discretion.  Craig Christiansen, the owner of Arkansas Traveler Hobbies and chairman of the Rail Sub-Committee, has worked with crews to develop the plan for the Arkansas leg and has this advice for spectators:

Will I be able to board the train?

Not likely. Due to COVID protocols, the train is not currently scheduled for any onboard stops in Arkansas. Each stop will be viewing only, so bring your camera to capture all the photos you can and keep an ear open for the sound of the iconic steam train whistle.

Why is there a diesel engine behind the Big Boy?

Though extremely efficient at pulling, the braking capability of a steam locomotive is not as great as that of a diesel engine. A diesel engine has dynamic brake capability and will assist the train anytime it needs to brake.

Where does the Big Boy refuel?

The UP 4014 consumes a lot of water and coal to keep it running. Most towns no longer have coal chutes and water filling stations available, so strategic stops have been planned along the journey to allow the train to be properly refueled.

Will the Big Boy be pulling any historic cars?

Upon arrival in Arkansas, the UP 4014 will have completed a huge PR tour in Louisiana. During this tour, the locomotive will pick up many historic cars to pull along its return to Wyoming. Viewers at stops in Arkansas should be able to view:

Do you love trains? Arkansas is full of rail history. Check out these articles for more information on historic trains and railroad museums throughout Arkansas.

4 responses to “Big Boy Steam Train to Pass Through Arkansas”