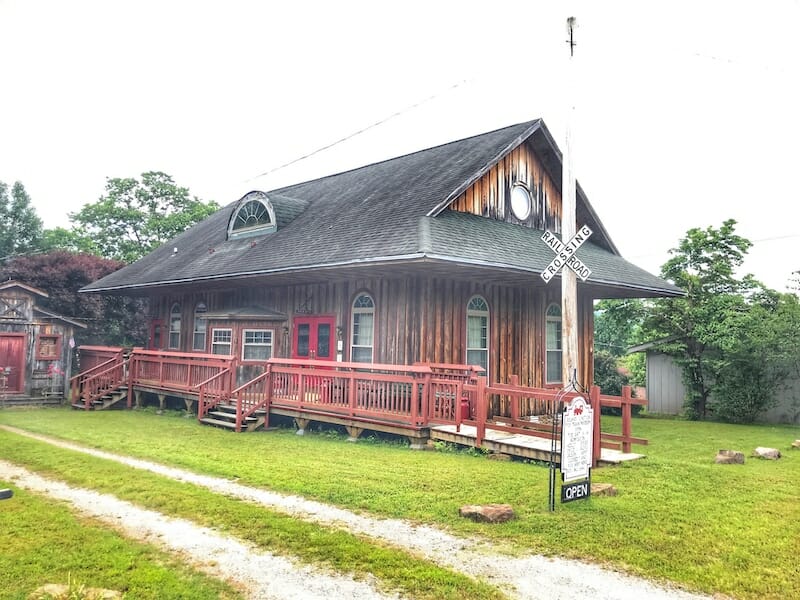 Ruland Junction in Heber Springs, Arkansas has become more than just a train museum; it provides an opportunity for owner Wayne Ruland to mentor kids with autism by teaching them to master social skills through their love of the order and predictability of trains.

According to AutismSpeaks.org, trains are a common topic among parents and children at their autism clinics across the country. Many children and adults on the autism spectrum are fascinated by trains. This comes as no surprise to Ruland, who quickly discovered that his beloved model train collection could open the minds of children with Autism spectrum disorder (ASD).

Discovering a Love of Trains

The first toy trains, made from wood and metal, were sold across England as early as 1860. In 1900, the Lionel Manufacturing Company opened in New York City, and the first model toy trains became available in 1901 and were sold to department stores for use in display windows.  The popularity of the displays gave way to a booming toy train industry and like many young boys during the early and mid-1900s, Edward Ruland, Wayne Ruland’s father, began collecting trains. By the 1950s, nearly every boy in the U.S. had a model train set.

Wayne recalls that his father introduced him to trains when he was about four years old. His father had built a significant collection of trains and hoped to share the love and excitement of them with Wayne and his brother Gary. As the Ruland brothers grew older, their collections increased, and their love of trains only grew stronger. Family, friends and neighbors often gifted the boys with trains or passed on toy trains that they no longer used. The family interest in trains was so well known that Ruland even remembers receiving a train from their trash collector.

Over the years, Ruland’s personal collection of trains continued to grow. Following the deaths of his father and brother, Ruland inherited their collections and suddenly found himself in possession of hundreds of trains that spanned nearly 90 years. Ruland has always hoped to display the trains in a meaningful way, but it was his late wife Susan who agreed to help finance his dream and encouraged him to embark on that journey.  In 2005, Ruland began to build a museum, and it opened to the public about eight years ago. While he knew the museum would be special, Ruland didn’t truly grasp the importance of his trains not only as a historical collection but for the role they would play in the lives of children and more specifically, children with autism.

Ruland’s vision of the museum was calculated and specific. The museum would not only house trains but would itself be part of his collection, so it makes perfect sense that the museum is built to look like a train depot. From the moment you pull up onto the property, you are fully immersed in a world of trains, and the attention to detail is striking. From the depot platform with the bay window viewing area to the ticket booth and baggage area, visitors are treated to a complete experience. When you enter, you are transported into a miniature world where order and punctuality keep the trains running on schedule.

Shortly after Ruland publicly opened the doors to Ruland Junction, he began to notice a boy, Daniel, and his parents who would regularly visit the museum. Daniel was fascinated by the trains, and the joy and wonder he displayed were contagious. Daniel has autism. Ruland, eager to have someone assist him in the museum with cleaning tasks, operating the trains and even helping with tours, soon invited Daniel to volunteer at the museum on the weekends.

“I built [Ruland Junction] because I wanted to do something for kids. I knew I could use the museum to teach about trains and that it would be more than just a display of toys. I wanted kids to be able to come in and see how the displays were built, run the trains and be inspired to build their own trains and layouts.”

What Ruland didn’t realize is that his museum would not just help kids but would help kids with autism who needed something to help them overcome specific social hurdles.

“I began to notice amongst the visitors a lot of boys that were on the spectrum. I have had at least 12 boys with autism who have become regular customers. When they are here they are interested in learning; they want to research the trains and want to socialize because it is a topic they love and feel comfortable with.”

Ruland noted that when Daniel first started volunteering six years ago, he would often hide when visitors came into the museum. Ruland continued to work with Daniel, who gradually faced his fears and is now one of the primary tour guides. I had the pleasure of learning from him when we recently visited the museum. Daniel’s knowledge of trains is extensive, and his excitement for trains is palpable. Not only does Daniel lead tours and provide education, but he is also an active participant in building the layouts and making sure the trains stay in working order.

“Everyone who comes in here is treated intellectually. A lot of folks that have kids with autism don’t know what to do or how to break through the barriers that autism can create. My advice is to spend time with your child doing what they are interested in. Ruland Junction is a great place to do that. This place is magic.”

Ruland’s beloved wife died in late 2018. The loss is still very fresh, but it has also spurred Ruland to think about the future of the museum and his collection. The Rulands do not have children and so after careful thought and consulting with Daniels parents, Wayne Ruland will one day leave his museum and his entire collection of trains to Daniel. Ruland does not doubt that Daniel will continue the legacy he has created and hopes to see him continue to use the museum to help children with autism.

“Daniel told me, ‘You have changed my life forever.’ He doesn’t realize that he has changed mine. He knows trains and is mostly self-taught. I want him to be himself and the trains help him with that. I hope that someday he will become famous for being someone with autism who helps other people with autism.”

Currently, Ruland Junction gets about 1500 visitors a year, but Ruland would love to see those numbers increase although he points out that the museum is not intended to be something you walk through quickly. Ruland wants every visitor to be immersed in the train experience, and an individual tour led by himself, Daniel or one of his other volunteers is provided to every visitor. Visitors will not only view the trains but will learn about rail history, will be given tips on building their own collections, creating their own layouts from inexpensive materials and if you are well-behaved you may even get to operate the trains!

Ruland Junction is a two-story museum which holds nearly 100 years of train history. There are currently ten operating trains with layouts that are ever-changing.