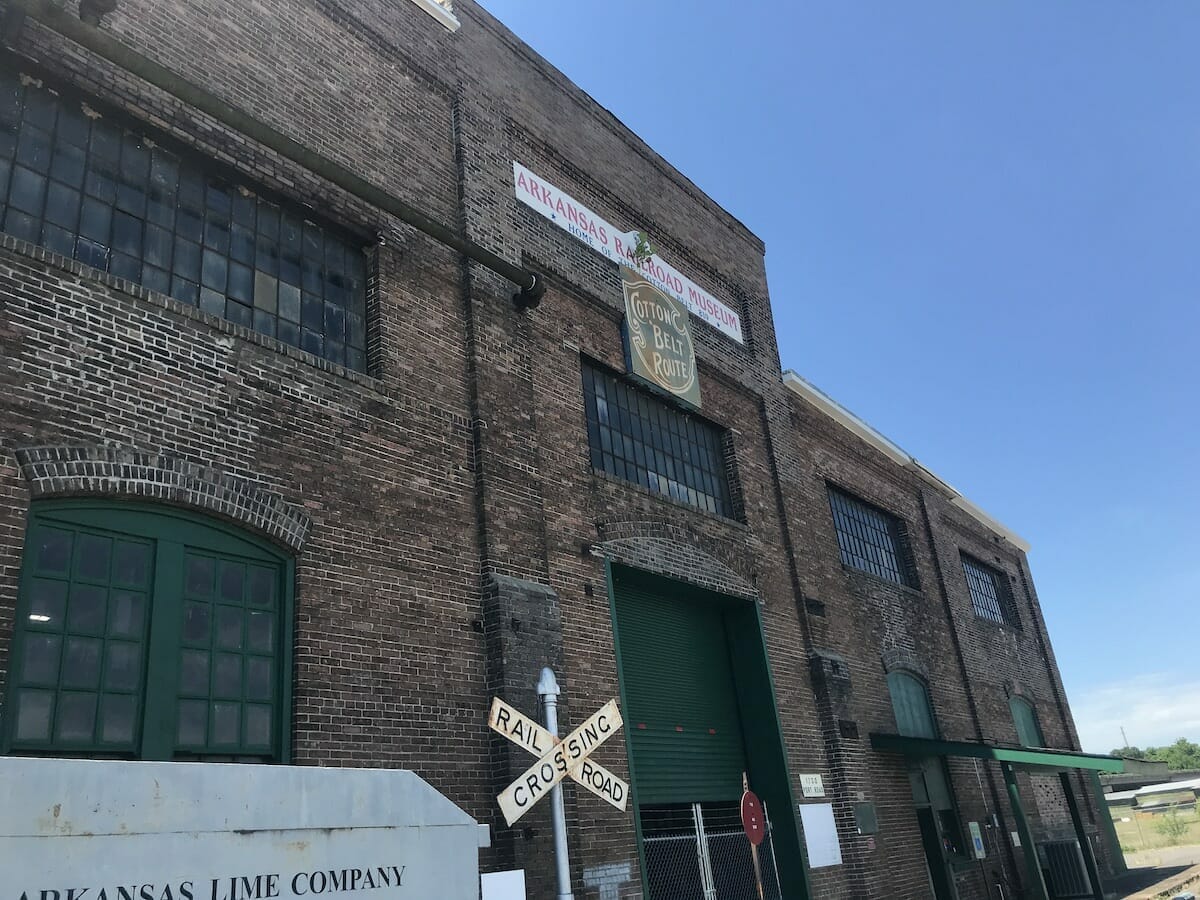 The Cotton Belt Railroad machine shops have been a fixture in Pine Bluff for decades. They now serve as the home of the Arkansas Railroad Museum, a treasury of trains that came about almost by accident in the late 1980s. If you visited as a child, it’s time to visit again. A lot has changed over the years, and you’ll be amazed by how much the Arkansas Railroad Museum has grown.

The 1940s was the beginning of the end for the railroad industry. Over the next 20 years, the automobile became king, and the decline of the railroad was so significant that the industry experienced losses nearing $700 million. When steam engines and railcars needed to be repaired, they were instead retired, scrapped or replaced by modern diesel engines and stock. The industry faded into the background, but railfans, historical societies and communities across the country stepped up to preserve this vital piece of history.

The Class L1, 4-8-4 steam locomotive 819 was built in Pine Bluff in 1942 and was the last engine built in the Cotton Belt Machine Shops. The magnificent engine ruled the rails for 12 years until it was replaced by a diesel engine and donated to the city. “Old 819” sat on display in Oakland Park, where time and weather took their toll for the next 25 or so years until a group of railroad employees requested the engine be returned to the old machine shop where it could be repaired.

In 1983, the city agreed to move the train. A group of volunteers formed the Cotton Belt Rail Historical Society to raise funding for the renovation. The locomotive 819 took to the rails once again for excursions and public excitement began to grow. Citizens came from across the state to view and ride the engine and began donating railroad memorabilia. What started as a restoration project became a full-blown museum.

Since 1986, the Arkansas Railroad Museum has operated inside the former machine shop. This is useful for various train restoration projects that are required when the museum acquires a new piece. Beginning with a single historic engine, the museum is now over 70,000 square feet. It houses nearly 20 engines, rolling stock and auxiliary pieces along with thousands of square feet of museum displays and historic artifacts.

The 819 was decommissioned a second time in the late 1990s when she had to be dismantled for a full Federal Railroad Administration inspection. Around the same time, the Cotton Belt Railroad merged with Union Pacific who took over ownership and operation of the rails. Sadly, the 819 would no longer be able to provide excursions but she still remains an important part of the museum collection and a second, cosmetic restoration, is currently underway.

A New Generation of Railfans

My husband visited the museum as a teenager in the late 1980s. He was shocked at how much it had grown when we recently visited with our son. When you enter the open-air machine shop, the site of the railcars waiting to be explored is jaw-dropping.

As a visitor, you have the opportunity to climb aboard many of the cars to explore the controls. You can pretend to be an engineer and imagine yourself riding the rails during a simpler time. Not only will you read about the history of the rails, but you will also get hands-on experience that will spark your imagination and excite you to learn more about the mighty railroad system of Arkansas and beyond.

Arkansas has a rich railroad history preserved through museums and displays throughout the state. If you love trains, check out these articles to learn more about trains in Arkansas.

The Arkansas Railroad Museum is open from 10-2 Thursday through Saturday or by appointment. Keep in mind that this is an open-air museum. While they have large cooling fans in place, there is no air conditioning. To learn more, visit their website and follow them on Facebook.