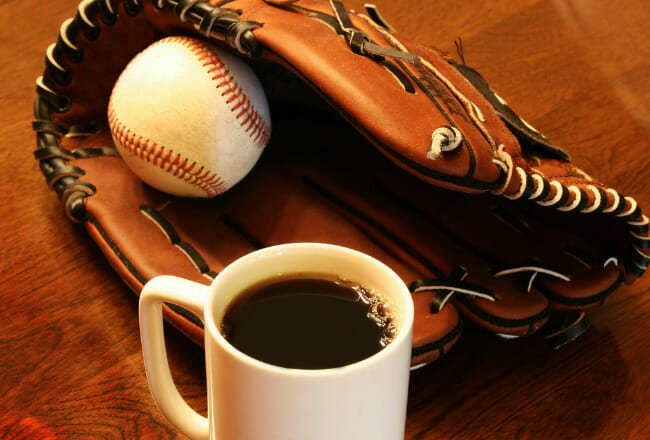 The one constant through all the years, Ray, has been baseball. America has rolled by like an army of steamrollers. It’s been erased like a blackboard, rebuilt, and erased again. But baseball has marked the time. This field, this game, is a part of our past.
-James Earl Jones as Terence Mann, Field of Dreams 1989

The familiar baritone discourse of James Earl Jones’ nostalgic tribute to baseball has returned to our living rooms again in the summer of 2021. Major League Baseball, with Jones’ inspirational dialog as background, is promoting a return to Iowa and the cornfield transformed into a Field of Dreams for the unforgettable movie of four decades past.

Field of Dreams is a movie about baseball, but at its heart, it is a story about regrets, relationships, and unfulfilled dreams. Among the interwoven themes are opportunities to repair a regretful father/son estrangement, redemption for a disgraced major league hero, and a happy ending to the briefest of baseball careers.

Field of Dreams is ultimately a movie about second chances with the semi-true life of Archibald “Moonlight Graham” as the ultimate example. Graham had one of those poignant major league careers with an appearance in one, and only one, game. Sportswriters call these careers, “A Cup of Coffee” in Major League Baseball. Thirteen Arkansans share this distinction.

The baseball lives of players whose careers consist of one game seldom have a happy ending. There are few second chances and often no accolades and success stories. The story of an Arkansas pitcher from the Fourche River Valley and the College of the Ozarks is a notable exception.

Charles Edward Daniel was born in 1933, in one of Arkansas’ most scenic valleys, a slice of farmland tucked away on Fourche Lafave River, between two ranges of the Ouachita Mountains. Daniel was a basketball star at Fourche Valley High School, and without access to organized youth baseball spent summers playing on local men’s teams. Despite limited experience, his success against college-age semi-pros got the attention of the College of the Ozarks.

After graduating from high school in 1951, Daniel headed to C of O to give college baseball a try. And by the spring of 1952, he had blossomed into an outstanding freshman pitcher. Later in the summer, after his first college season, Daniel went 14 -1 in the tough Arkansas Valley Semi-pro League. The next spring, the Detroit Tigers made an offer Daniel could not refuse, and at age 19, he left college for professional baseball. The improbable journey from Bluffton, Arkansas to professional baseball had taken Charles Daniel less than two years.

Daniel, often called “Chuck,” was an immediate success in the Tigers’ minor league system. He won 13 games for the Wausau Lumberjacks and led the team in pitching appearances, despite being only 19-years-old.

Unsure he was destined for pro baseball; Daniel spent the next two years in military service. After his discharge, he returned to the College of the Ozarks. He took a basketball coaching job at nearby Hartman High School.

Although Daniel seemed tentative about his future in baseball, the Tigers felt differently. In the spring of 1956, the team lured Hartman’s coach back to spring training. The Tigers were correct. Older, wiser, and stronger than the 19-year-old of 1953, Daniel opened the 1956 season with the Durham Bulls in the Class B Carolina League. After nine starts, he was promoted to Class A Augusta.

The 1957 season found Daniel assigned to the Charleston Senators, the most advanced of the Detroit Tigers minor league teams. He pitched the most innings on the Senators pitching staff. And despite a 9 – 12 record, Daniel was deemed ready for the big leagues.

When the minor league season ended, Daniel got the call to meet the big club for the remainder of the American League season. And on Sept. 21, Chuck Daniel from Bluffton, Arkansas made his major league debut. That Saturday in Kansas City, Detroit had their ace, Jim Bunning, ready to pitch. The Future Hall of Famer had won four straight in September. But inexplicably, the game with the lowly A’s would be one of Bunning’s worst outings of the year. He fell apart in the third inning and Chuck Daniel, pitching is his first big league game, was summoned to relieve the great Jim Bunning.

Daniel got off to a good start, stranding a runner at third and pitching the Tigers out of the inning without allowing a run. He returned to the mound in the fourth inning and held the A’s scoreless. With one out in the fifth inning, Daniel gave up a two-run homer to powerful Gus Zernial. Although he settled down and retired the next two batters, he was replaced by a pinch hitter. It was not a bad first outing for a young pitcher who had just turned 24 the previous week. But it would be Chuck Daniel’s only major league appearance.

In the spring of 1958, Daniel was back in spring training with the Tigers. But he was plagued by arm trouble that greatly reduced his effectiveness. Demoted to the Tigers’ minor league system Daniel was only able to pitch 63 innings in 1958. The 1959 season was even more frustrating. Daniel pitched in two games the entire season. Discouraged and on the cusp of retirement from baseball at age 26, he would get one more chance to go out a winner. This time the opportunity would be back in his home state.

The 1960 Little Rock Travelers were a late-summer addition to the Southern Association and general manager Ray Winder built a team quickly. Winder found Chuck Daniel packing his bags for Johnson County after one disastrous game in Victoria, Texas. Both Winder and Daniel took a chance.

The patched-together Travs would exceed expectations, but Daniel was not a major factor in the team’s early success. In late summer, as a spot starter and mop-up reliever, he was 5 – 4, with an ERA greater than 4.00. Then the fairy-tale saga of the 1960 Little Rock Travelers added Charles Daniel as a leading character.

August 1 was Shrine Night and the fourth-place Travelers were in danger of missing the Southern Association playoffs. Daniel, the starting pitcher for the Travs that sweltering summer night, had given up eight home runs in his last eight innings on the mound. Somehow in the movie-script story typical of the Travelers’ season, Charles Daniel found the form that had made him a major league prospect five years previous. He pitched a complete game in the pivotal win over Birmingham. Shrine Night 1960, would be a precursor to one of the most exciting finishes in franchise history.

Four days later, Daniel pitched a perfect 9th in relief, and on August 7th, he recorded another complete-game victory, a three-hit shutout masterpiece over Chattanooga. Chuck Daniel was back. Daniel would win five games in the last month of the season. The Travelers not only made the playoffs but also won the 1960 Governor’s Cup to become Southern Association Champions. The castoffs were the toast of the town and the Travs led the league in attendance.

Daniel would return in 1961 to lead the Travs in games started, victories, and innings pitched. He retired for good at the end of the season after his second chance for success in his home state.

As baseball’s August 12 return to the Field of Dreams approaches, we are likely to see the movie Field of Dreams reappear in the TV listings and the story of Moonlight Graham be retold for a new audience. In a time when America needs a feel-good story, Iowa and Dr. Graham will provide one, and while most Cup of Coffee stories do not end well, Field of Dreams will create a happy ending for Moonlight Graham. Unlike Grahams’ movie-made conclusion, Arkansas’s Chuck Daniel’s extraordinary second chance was real. And the amazing 1960 Travelers played out their season on a Field of Dreams at Ray Winder Field.