A “Cup of Coffee” in the Major Leagues 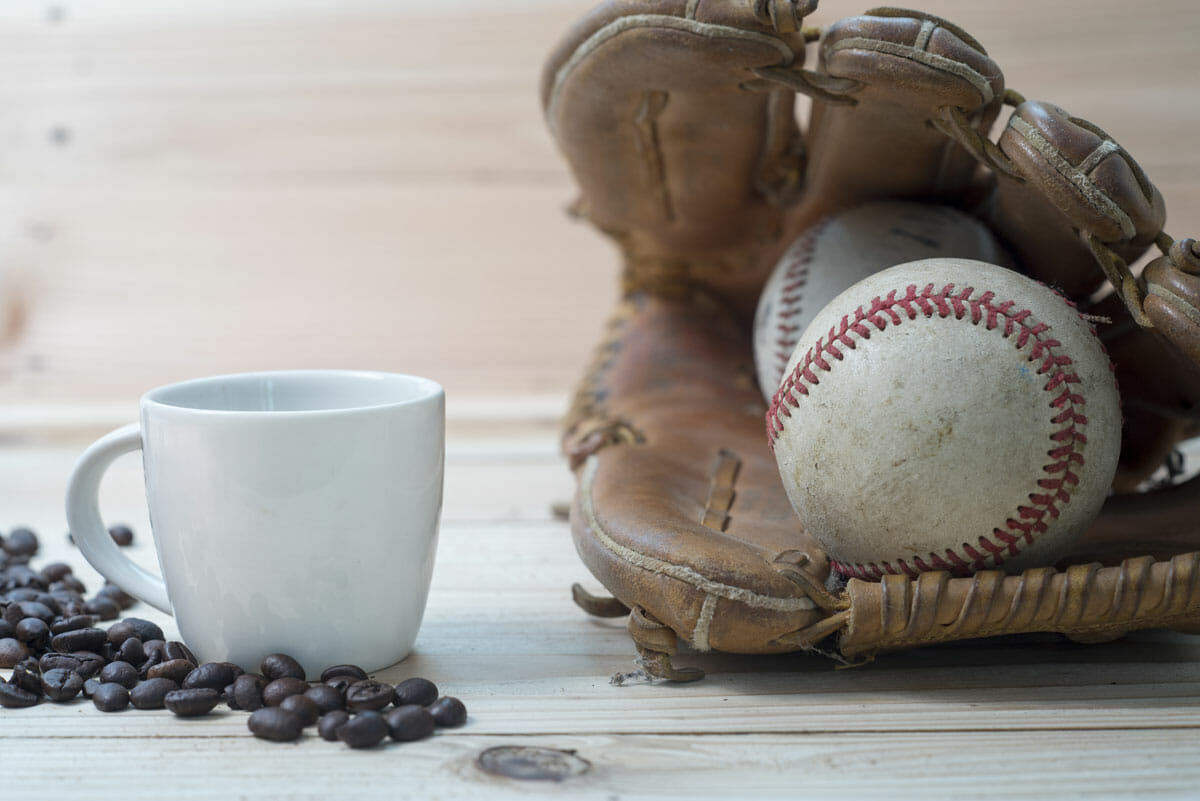 “If I had not become a doctor, now that would have been a tragedy.” – Bert Lancaster as Dr. Archibald Graham Field of Dreams, 1989.

The most famous Cup of Coffee in the annals of major league baseball is the tale of Archibald “Moonlight” Graham. While in college, Graham played two innings of one game in the outfield for the 1905 New York Giants. W.P. Kinsella used Graham’s story in his bestseller, Shoeless Joe, which was adapted, with some poetic license, for the movie Field of Dreams. While the movie Field of Dreams is “historic fiction,” with a pronounced lean toward the “fiction,” Moonlight Graham is very real and his story is more remarkable for his career as the town doctor in Chisholm, Minnesota than his “Cup of Coffee” in major league baseball.

The person most qualified to tell Archibald Graham’s story from his “Moonlight” Graham days to his career as the beloved Doc Graham of Chisholm, Minnesota, is Dr. Robert Reising of Conway, Arkansas. “Dr. Bob”, as his baseball friends identify him, co-authored Chasing Moonlight with Robert Friedlander in 2009. Chasing Moonlight remains the definitive work on Moonlight Graham’s life story.

Reising has lived a baseball life, but like Archibald Graham, his story goes far beyond the game. Dr. Reising played on Michigan State’s Big Ten Championship baseball team in 1954 and later served as head baseball coach at Duke, Furman, and the University of South Carolina. Later in a long career in higher education, he was a mentor to hundreds of aspiring writers. Reising retired from the University of Central Arkansas in 2013 but continues to publish articles on Arkansas baseball history in 501 Life and other publications.

The movie Field of Dreams and research by Dr. Reising and his colleagues have made Moonlight Graham’s career the most memorable Cup of Coffee in big league history. The names and stories of most other one-game major leaguers are lost in the pages of baseball’s voluminous history. That poignant obscurity includes 13 young men from Arkansas who realized a dream to play big league baseball, only to see that dream vanish after one game.

Baseball Reference, the accepted source of baseball statistics for every player in major league history, lists approximately 20,000 men who have participated in major league baseball since 1871. Of this total, 160 were born in Arkansas. Thirteen of these Arkansans played in only one game. Their Cup of Coffee in the major leagues was lamentably brief, but their stories are an integral part of Arkansas’ baseball history. A brief introduction to each of these 13 men is included below:

Charles Herbert Tompkins – Prescott, Arkansas
One game – 6-25-1912
Chuck Tompkins attended the University of Arkansas and Washington and Lee University law school in Virginia, excelling on the baseball teams at both schools. He pitched in one game for the Cincinnati Redlegs (Reds) in 1912. In three innings Tompkins did not allow a run, but he never pitched in another major league game.

Herbert Lee Herring – Shark, Arkansas
One game – 9-4-1912
A boastful and brash spitball pitcher, Lee Herring was one of the most colorful baseball players of his time. In an irony that befitted his name, Herring was born in Shark, Arkansas, in Yell County. In his one inning pitching for the Washington Senators, he held the Red Sox scoreless.

Alfred Boyd Cypert – Little Rock, Arkansas
One game – 6-27-1914
Boyd Cypert was recommended to the Cleveland manager by a former teammate at the University of Arkansas. He rode the train from Little Rock to St. Louis to meet the Cleveland team on April 26, 1914. The next day he struck out in his one and only plate appearance.

Sidney Wright Benton – Buckner, Arkansas
One game – 4-18-1922
Sid Benton had been team captain at the University of Arkansas during the years before World War I. His career was interrupted by the war and his best years were behind him when he finally got a chance to pitch in a major league game. He faced two batters and walked them both.

Joseph Henry Brown – Pulaski County, Arkansas
One game – 5-17-1927
“Sawmill” Joe Brown bounced around the minor leagues for several years and got his one and only shot in the major leagues with the Chicago White Sox in 1927. He faced three batters, gave up three runs and did not get anyone out.

Silas Albert Williamson – Buckville, Arkansas
One game – 4-27-1928
In an era when baseball nicknames were the norm, “Arkansas Al” won close to 100 minor league games, but only had one major league opportunity. He pitched two complete innings, gave up one hit.

Sherman Stanley Edwards – Mount Ida, Arkansas
One game – 9-21-1934
“Sherm” Edwards spent most of his career pitching for the El Dorado Lions of the Dixie League. Cincinnati gave him a major league tryout late in the 1934 season. In his one opportunity, Edwards pitched three lackluster innings in a meaningless game with the Redlegs trailing 15-0.

Mays Copeland – Mountain View, Arkansas
One game – 4-27-1935
Mays Copeland and his twin brother Hays traveled from their home in Mountain View to Springfield to try out for the minor league Springfield Cardinals. The big league Cardinals soon had Mays in their long-range pitching plans. Arm problems reduced what looked like a successful major league career to less than an inning in 1935.

Marion Brooks Tobin – Hermitage, Arkansas
One game – 8-21-1941
One of the most acclaimed pitchers in the city leagues of Central Arkansas, “Pat” Tobin was past his prime when he got his only major league chance in 1941. The opposing St. Louis Browns sent 10 men to the plate in Tobin’s only inning in the big leagues. He gave up five runs on four hits and two walks.

Otis Allen Davis – Charleston, Arkansas
One game – 4-22-1946
Arkansas’ version of the Moonlight Graham story, Otis “Scat” Davis appeared in a major league game but did not bat or play in the field. He was inserted as a pinch-runner in his only appearance in a big league game.

William D, Bradford – Choctaw, Arkansas
One game – 4-24-1956
Bill Bradford was part of a well-known baseball family in Van Buren, County. In 1956, he made it to the major leagues with the Kansas City A’s. Bradford gave up two hits in his one game, but both were home runs.

Charles Edward Daniel – Bluffton, Arkansas
One game – 9-21-1957
“Chuck” Daniel was a semi-pro sensation in Western Arkansas and a successful college pitcher for the College of the Ozarks. Arm problems stalled his career after his one major league outing, but a comeback with the Travelers ended his career on a high note.

Leroy Reams – Pine Bluff, Arkansas
One game – 5-7-1969
Reams was known to his teammates as “Cat Man.” He was the last Arkansan to appear in only one game at baseball’s highest level. Reams struck out on four pitches, but he took great pride in his opportunity to wear a big league uniform.

On August 13, 2021, major league baseball will return to Iowa and to the Field of Dreams ballpark in the cornfield. The Chicago White Sox and New York Yankees will play on a larger venue constructed near the movie set, which remains much as it looked in the feel-good baseball movie of 1989. The well-publicized event will no doubt revive the story of the young doctor who became known as the most iconic example of a Cup of Coffee in the major leagues. Throughout the coming summer, look for more complete biographies of Arkansas’ one-game players here on Only in Arkansas.

A country doctor makes Greenbrier the center of early...