Brave New Restaurant is Still at the Top of its Game 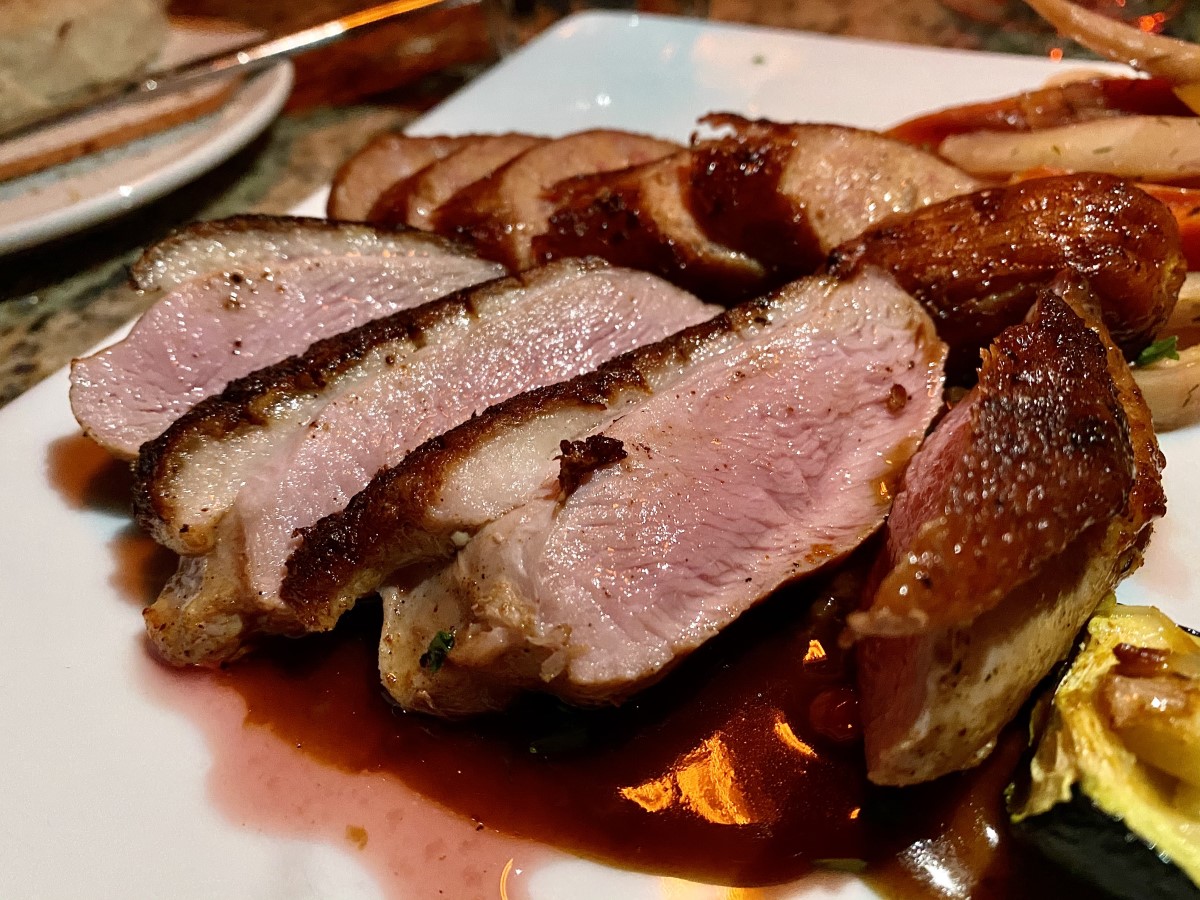 You would be hard-pressed to find a more beloved restaurant in Little Rock than Brave New Restaurant. Their loyal clientele, built on years of enjoying Chef Peter Brave and staff’s consistent execution of a protein-focused menu, show up night after night, even during pandemic times.

And for good reason.

There is almost no such thing as a bad meal at Brave New Restaurant, and my recent outdoor dinner on the restaurant’s deck did nothing to disprove that notion. With a glorious view of the Arkansas River and Little Rock’s downtown skyline, the setting is unmatched, and only enhanced by heat lamps above and to the side of each table. There’s even a small blower directed at your feet.

Our meal started with the Avocado Shrimp appetizer, a festive plate filled with avocado, fresh Gulf shrimp, red onion, and white balsamic vinaigrette. We gobbled it up, as we did with the complimentary crusty bread and leafy, Caesar salad that came with each entrée. Everything was well-executed to this point, but, as anyone will tell you about Brave New, the star is the meat-laden entrees. Yes, if you can get past the dated sides, like the zucchini boats and pyramid-shaped rice, and focus on the execution of the proteins, Brave New is still at the top of its game.

No better example of this is with the Duck with Duck entrée, a plate of seared duck breast and smoked duck sausage. You will not find better duck at a five-star restaurant in New York City. With its crispy skin and a perfect medium-rare interior, the flavorful duck meat pairs well with the accompanying lingonberry demi-glace.

The Mixed Grill, which the restaurant so kindly split into two plates for my daughters, is one of the most iconic dishes in Little Rock. A plethora of various meats—grilled pork tenderloin, beef medallions, stuffed quail, and wild game sausage–is enough to overwhelm the diner, but in a good way. The quail tastes like a tiny Thanksgiving, while the tasty charred, grill marks on the steak transport you to a summer grill out.

My wife’s dish of pork tenderloin with a beautiful presentation of sliced pork over a whole-grain mustard sauce was every bit as impressive as the other entrees. The buttery Brussels sprouts and apple brandy roasted apples proved to be the most appealing sides of the evening. But the absolute highlight on the plate was the cube of smokey, crispy pork belly.

Unfortunately, the sizable entrees left no room for dessert, but did create enough leftovers for two to-go boxes. Overall, another fine meal at Brave New Restaurant came as no surprise to anyone at our table. Peter Brave has been churning out the classics in his upscale, yet laid back setting for years. And by the looks and taste of things, he won’t be letting up anytime soon.

And that is great news for Little Rock.

I am a sucker for a restaurant with a good view, and you will not find a...

This was my first time at Melinda’s Café & Coffee in Hot Springs...

Up until a month ago, I’d never heard of Jidona Farms, the beef...