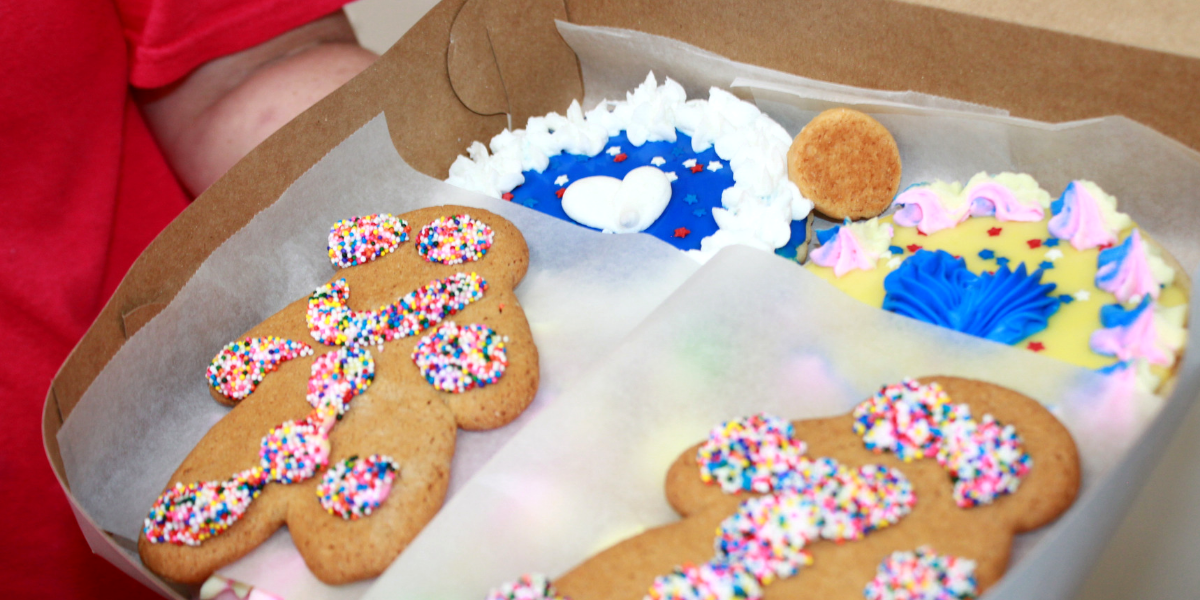 Last year, the Magnolia Bake Shop celebrated its 90th anniversary. When Carmine Stroppe opened the shop in 1928, he might have never known the enduring legacy a service of sweet treats would bring to future generations. According to Arkansas Business, Magnolia Bake Shop stands as Arkansas’s oldest and longest continuously run bakery, a truth not denied by the shop’s third-generation owners, Stephen and Betsy Stroppe.

A few years after opening Magnolia Bake Shop, Carmine sold the store to his wife’s sisters, and the two established the recipes loyal customers still love today. Neither of the women ever married, but after decades of running the store, they have “children” all over the state who still talk about “Aunt May and Aunt Hassie.”

Today, the foot traffic is mostly repeat guests and a few random visitors. “People call or come in with two usual responses. First, they bring their family and talk about how this was the place they always came with their grandmother or grandfather,” explained Amanda Ybarra, current manager of the store. “Or they call to order a cake for their son who is more than grown, ‘but this is the only cake he wants.’ And we hear it over and over.”

Amanda has a reputation of being able to do “anything with icing.” Whether it’s due to the training she has received under the Stroope’s direction, or her own ability to experiment and learn, she has jumped in keep the tradition going.

Stephen and Betsy Stroope come to the store early each morning to begin baking the day’s portions. Icing, cake layers and cookies are prepared fresh each day: sometimes that includes those special orders for birthday treats, company parties, special house guests or holiday gift baskets. Stephen’s dad, Joe Franklin attended the Wilson Cake Decorating school and started a family in California where he and his wife also owned two bakeries. In the early ‘60s, Joe Franklin moved his family back to Magnolia and bought the store from his two aunts.

For those who may wonder, the Stroope Bakery in Camden, Arkansas was connected to this family as well. Joe’s brother, C.S. Stroope, Jr. owned that shop, and his sons ran it until just a few years ago. It flanked downtown Camden as a popular spot and part of many family traditions in Ouachita County.

The menu selection at Magnolia Bake Shop is simple, but the family recipes used from the beginning have remained the same. The layered cake with homemade buttercream is what keeps people coming back for special occasions, but other treats bring day-to-day foot traffic ringing the bell over the front door.

Favorite items on the menu include:

One special story shared is about the fruit bars they make, akin to a homemade Fig Newton developed during the Great Depression. With supplies expensive and hard to come by, Joe Franklin needed something to keep sales going. Using whatever he had on hand and as few baking supplies as he could, he developed a crust and mixed fruit compote inside. It carries the taste of a homemade cookie bar, fruitcake and chewy cookies: a treat worth standing in line for.

Even though Stephen Stroope and his two brothers bought the store from their dad, Stephen and his wife Betsy carry the family name. Many of the shop’s workers, from the counter service to the decorators in the back, have been around for decades and are considered part of the family.

The furnishings and setup are much like early customers would have seen from the beginning when they came into buy their “butter-kissed bread.” Steve Stroope lives with an “if it ain’t broke, don’t fix it” mindset and so far that seems to keep on working for this family-owned, family-grown business.

The bakery strives to be an “old-time, hometown bakeshop” in an era of box stores and prepared desserts; the warmth of the staff and the love of a grandfather and aunt can be tasted with each bite. One reviewer said it best, “no need to bake at home when you can get homemade at Magnolia Bake Shop.”

I want to see what’s in here. Those were the words from my husband...

Sometimes an artist develops their own unique style, and sometimes the...