Truth Sauce is the Real Deal 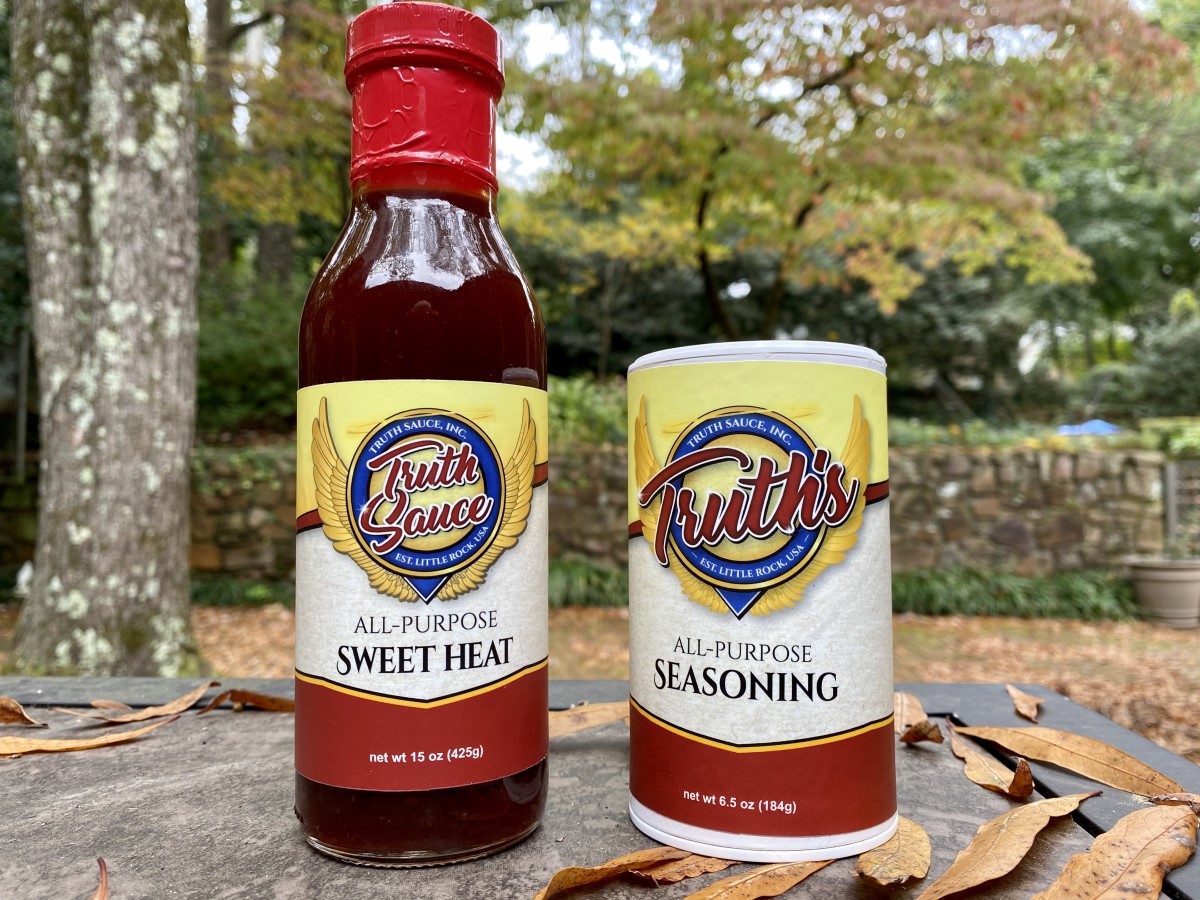 I love writing about Arkansas-made products. It is an opportunity to not only try out new items but also to play a part in helping make more people aware about some of the exciting food and drink-makers in The Natural State. Keith Tucker Jr. is one of those folks. His creation is Truth Sauce.

“I’ve had a love for sauces and pleasing others through my passion for cooking, so it was only right to create something hopefully people will love for decades to come. My sauce is simply a taste of heaven—not too sweet and not too hot. It’s a perfect blend of both worlds, with a twang to it. People are literally putting it on everything,” says Tucker Jr.

I do not quite remember how I heard about Truth Sauce, but I’ve been following it on social media for several months and jumped at the opportunity to try some out once it landed on the shelves at Drug Emporium in Little Rock, just a few minutes from my house. The product is sold in massive jugs as well as 15-ounce bottles. It being my first time to try out the sauce, I opted to play it safe with the purchase of a smaller bottle.

The reviews from my entire family were overwhelmingly positive. Truth Sauce is a perfect balance of sweet and heat, with a taste and flavor that resides somewhere between a traditional barbecue sauce and Thai chili sauce. Simply put, it is a bit addictive.

“I’ve had Truth Sauce for years but was only using it with friends and family for backyard barbecues, fish fries, and wing-offs. But the more I made it, the more people called me wanting more. That’s when I realized I was on to something and created Truth Sauce, Inc. in January 2020. That was one of the best decisions I have ever made and the response from people has been really enlightening.”

As I have come to find out, Truth Sauce is great as a dipping condiment with spring rolls and acts as a wonderful glaze for smoked pork ribs. Speaking of the ribs, I used Tucker Jr’s second product, Truth’s All-Purpose Seasoning, as a rub before they hit the smoker. According to Tucker Jr., the seasoning is just as versatile as the sauce.

“Truth’s All-Purpose Seasoning pairs well with everything, from ribs to cabbage to fried or baked chicken to salmon, hamburgers, catfish, chili, and even French fries.”

“I definitely have plans on expanding to other states, but I figured being an Arkansas native, let’s see what the response will be at home first.”

I wish Keith all the best with his expansion efforts, but for now, I’m glad he’s OnlyinArk.