This week's photo of the week is courtesy of... 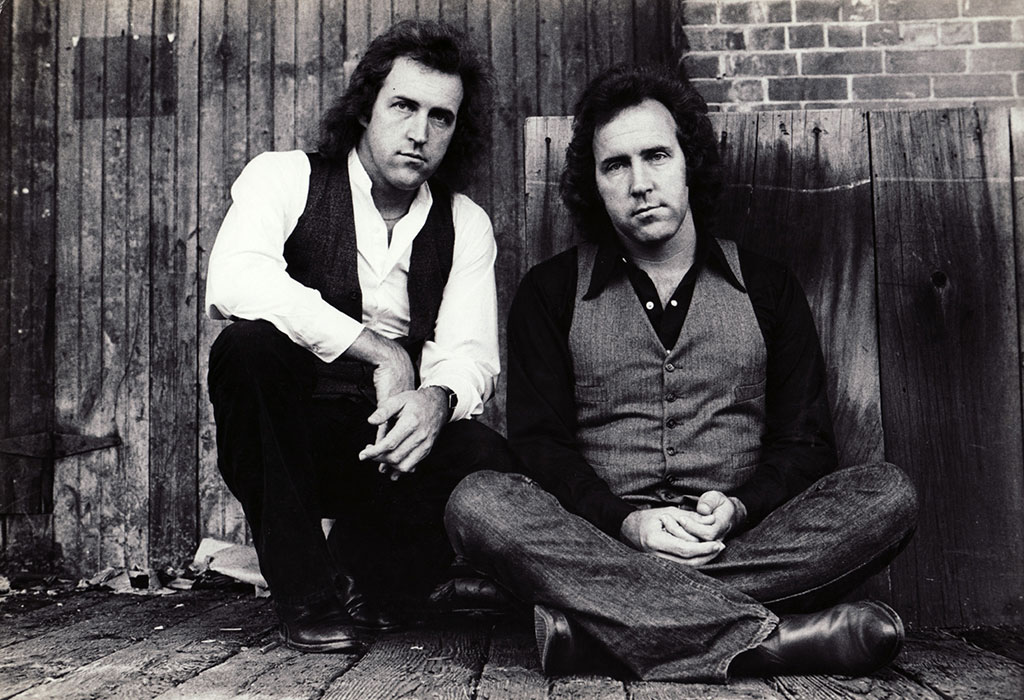 In the late 1950s, twin brothers Earl and Ernie Cate of Springdale had to stand outside the famed Rockwood Club in south Fayetteville. They were too young to get inside, so they listened to what they could hear coming from a vent.

A pair of musical events in the coming weeks will celebrate the twins’ long musical careers. On Wednesday (Feb. 19), a documentary called “Cate Bros: Arkansas Legends of Rock & Soul” will debut at George’s Majestic Lounge. At the same venue on March 21, the Cate Brothers Band will perform an encore show to an earlier 50th-anniversary show. A new CD, featuring live recordings of songs that were performed at the first-anniversary event, will be released at the time.

The Cate Brothers sort of retired in 2010 after 40 years on the road. But only “sort of” retired – instead of weekend after weekend on the road, the band performs three or four shows per year, mostly within the region.

The Cate Brothers started performing together in the early 1960s, inspired by local friends such as Ronnie Hawkins and Levon Helm. The brothers were first allowed inside to play the Rockwood Club at age 17. They initially performed as The Del-Rays, then later called themselves The Cates Gang when they recorded their first album in 1970.

The Cates’ music was always hard to classify. It was part soul, a little country, and prominently influenced by the early days of rock ‘n’ roll. They played every juke joint and dive bar in the mid-South while working out their original tunes.

They began performing under the moniker The Cate Brothers around the same time they signed to Elektra/Asylum Records. That record deal came through their connection to Helm, the late great Arkansan who served as the drummer for The Band. The Cate Brothers eponymous record was released in 1975 and contained the band’s biggest hit, “Union Man.” By then, the brothers had already been performing together for about 15 years.

Elektra Records sent their new signee out on the next available tour – with the legendary rock band Queen, who were touring in support of their blockbuster album “A Night at the Opera.” Earl Cate knew they were not perfectly matched, and so did fans. He remembers hearing the boos before he ever went on stage for that first gig on the tour. The first gig was bad. By the time the second one came around, they were better, and they’d captured more of the crowd. “Union Man” was charting at the time, which helped. It was a good song, but Earl Cate also credits their promotion schedule for the success of the single. They typically flew on the same plane as Queen, and even before checking into a hotel room for a night, the two bands would visit a radio station. The Cate Brothers would play “Union Man” and Queen would play “Bohemian Rhapsody.” They’d then head to the gig.

The Cate Brothers would release two more albums on Elektra with modest success, but not to the level of self-titled debut. After those albums, they moved to Atlantic Records. They were recording their album “Fire on the Tracks” in Miami at the same time The Bee Gees were in the studio. The short-lived disco era was in its heyday, and it meant The Cate Brothers no longer had a home. Atlantic Records dismissed them alongside many other legacy artists.

But the brothers continued making music and a profitable living on the road. Among the career highlights were when Earl, Ernie and their drummer, Terry Cagle, joined The Band in the years following the group’s much-publicized dissolution following the recording of “The Last Waltz.” Guitarist Robbie Robertson remained absent, but the rest of The Band came together for a major tour of Japan in 1983 with Earl on guitar in Robertson’s place. Ernie Cate and Cagle were added because Helm loved the sound of the expanded group so much.

Outside of that brief collaboration with The Band, the brothers recorded several other albums on independent labels and continued touring nonstop until 2010. Despite recording three albums in Los Angeles and traveling the globe, the brothers always called Northwest Arkansas home. “We would just get homesick,” Earl Cate said. “You get tired of being out on the road.”

The moment is nearly here. The Momentary has announced several of the...