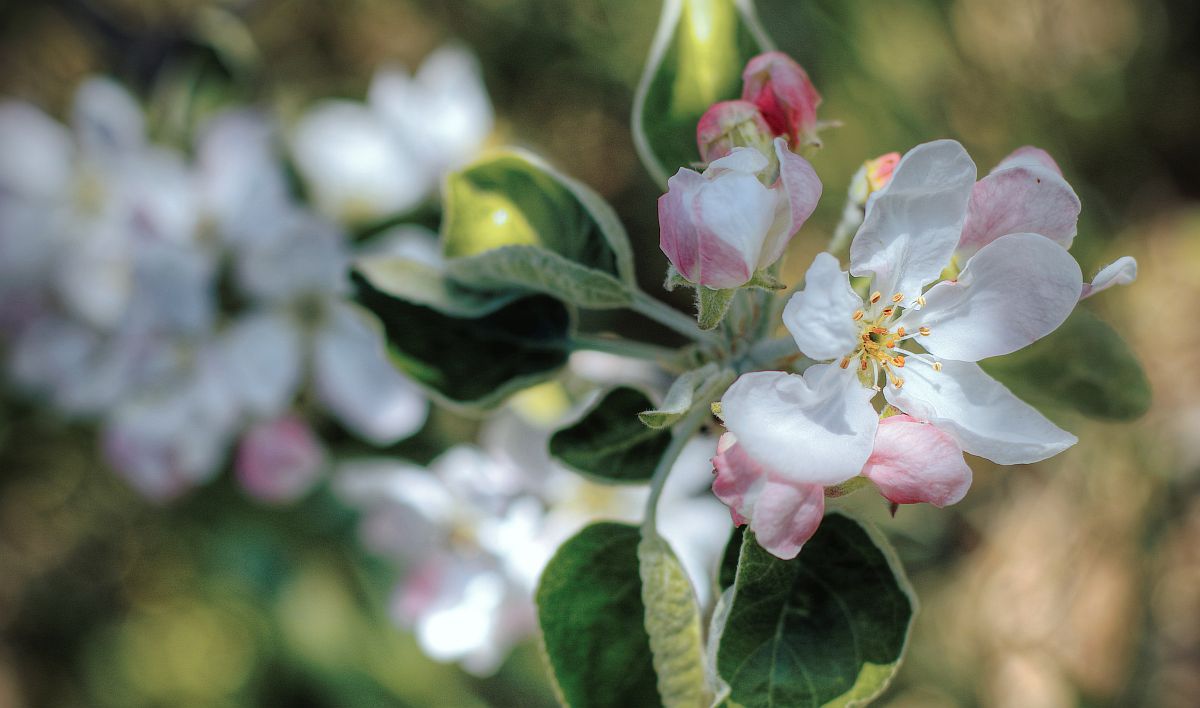 Back in 1901, Ms. Love Wilkin Barton, head of the Arkansas Floral Emblem Society of Searcy, visited the state capital carrying a bushel basket of shiny red apples. She presented one apple to each member of the Arkansas General Assembly to accompany her reportedly impassioned request that they choose the apple blossom as the official state flower.

Barton’s gift, and the popularity of Arkansas apples across the country, likely helped elevate the humble pink and white bloom to its rightful place in state history. At the time, Benton and Washington counties in Northwest Arkansas were the largest apple-producing counties in the entire United States, with almost 80,000 acres dedicated to the fruit in the two counties, combined. In total, 400 varieties of apples were being grown in Arkansas in the early part of the 20th century.

With its announcement, Arkansas became the second state in the country to claim the apple blossom as its official state flower. Michigan was the first in 1897.

The effort to name a state flower in Arkansas began with The Arkansas Floral Emblem Society canvassing its members around the state. Several other blooms were suggested for consideration, including the holly, honeysuckle, passionflower, and the cotton boll.

Some women involved with the discussion were concerned about the choice of apple blossom, given the apple’s tarnished reputation in the biblical story of Adam and Eve. But Ms. Barton would not be deterred. She lobbied her fellow Arkansans by pleading her case in letters that were published in local papers around the state and in the Arkansas Gazette.

In addition to Barton’s homegrown passion, the members of the 1901 Arkansas General Assembly couldn’t deny that the humble apple was experiencing quite a moment. In 1893, Arkansas apples won blue ribbons at the Chicago Exposition, and a year before Barton’s visit to the Assembly, the Arkansas Black, a variety first produced in 1870 near Bentonville, won first prize at the Paris Exposition.

Barton made her visit to the State Capitol on January 30, 1901, and on February 1, Governor Jeff Davis signed the resolution into law.

Today, apple crops in Arkansas are grown on less than 1,000 acres of land. But the appreciation of the history of apples in Arkansas is still strong in many areas of the state, including the community of Lincoln, where the annual Apple Festival is held in the fall. If you’re feeling a little hungry after all this apple talk, maybe you need to whip up some apple bread. Don’t forget to share!

Arkansas has long been known for music icons like Johnny Cash, Levon...