10 Favorite Restaurants in 2020 from The Mighty Rib

Bauxite – The Official Rock of Arkansas 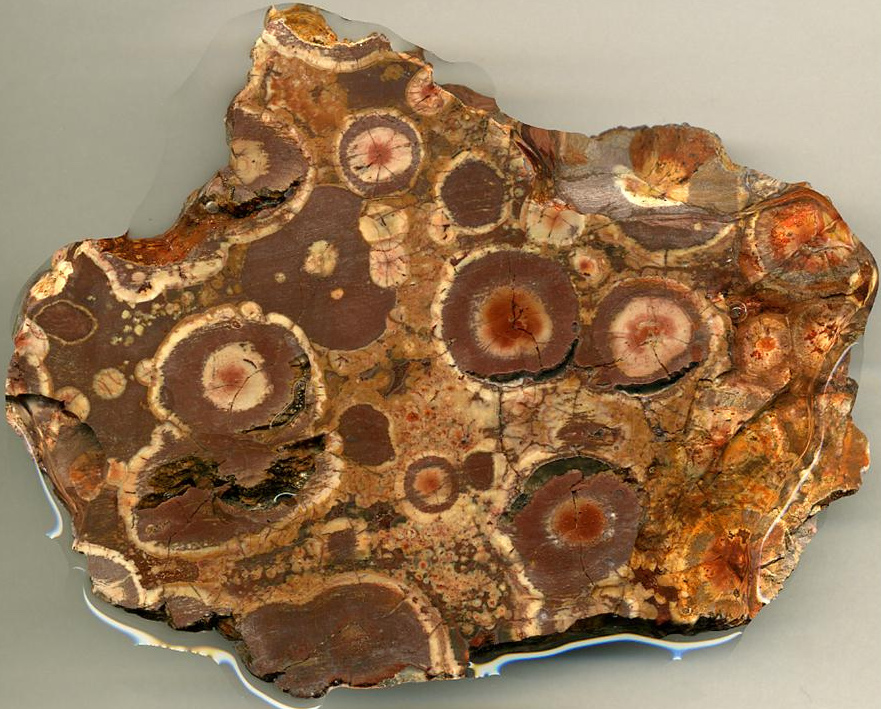 In 1891, Arkansas state geologist John Casper Branner positively identified the first sample of bauxite that had been found in Pulaski County. As the primary ore of aluminum, bauxite, a chunky mix of several materials, was found to be wildly valuable. In spite of his controversial tenure as a geologist, Branner’s discovery led to a successful mining industry with Arkansas as the leading producer of exploitable bauxite throughout the twentieth century. Bauxite mining became a principal industry in Saline and Pulaski Counties, inspired the formation of an entire town, and was officially declared the state rock of Arkansas in 1967.

Bauxite is made up of an abundant mixture: hydrous aluminum oxides, aluminum hydroxides, clay minerals, and insoluble materials such as quartz, hematite, magnetite, siderite, and goethite. It often exhibits spherical pisolites (sedimentary rock made up of small pieces) and red iron staining as seen in the picture above.

Since it is usually found near the surface, just below sedimentary cover, surface-mining techniques are generally the most practical. Underground operations are not unheard of and were used in Arkansas during both World Wars. About seven companies actively took part in bauxite mining with the Alcoa Mining Company (known initially as Pittsburg Reduction) and Reynolds Mining being the most notable.

Aluminum is a non-ferrous metal used in transportation, packaging, building materials and items used in households all over the world. It is strong, inexpensive and resists corrosion. Globally, it is the most widely used non-ferrous metal with over 60 million metric tons produced annually. Thanks to Arkansas mining, the US supported aluminum production as the leading supplier of the bauxite worldwide in the early 1900s.

The call from many Arkansans for Branner’s dismissal as geologist had nothing to do with bauxite. He had backed the claims of his assistant, Theodore B. Comstock, who labeled as worthless many well-known and highly financially-backed gold and silver mines around the state. Although Comstock’s claims were eventually discovered to be true, it was hard to recoup a reputation after $113 million in investments were found to be no good. The loss left a taste of anger and hatred and clouded the remainder of Branner’s time.

But while gold and silver mining came to a screeching halt, Branner’s survey led to profitable bauxite mining in Pulaski and Saline counties. Arkansas held one of the largest, or possibly the largest deposits of exploitable bauxite in the nation. During the first few years of bauxite mining, aluminum sold for the same price as silver, bringing wealth and economic boon to the communities surrounding Arkansas’s bauxite mines.

A New Town, a War and an Official State Rock

The General Mining Company formed the town of Bauxite around the turn of the century. Alcoa took over local mining operations around 1905, and bauxite mining grew to new heights with the onset of World War I. The town of Bauxite grew with the industry and Alcoa provided a standard of living for the mining town that was unmatched, especially during the economically unstable conditions brought on by wartime efforts. Unfortunately for the town, as World War II ended, the need for mining reduced as worldwide trade and shipping expanded and countries around the world began to increase their mining efforts. Mining in Saline and Pulaski Counties dwindled, and in 1981 Reynolds moved out and Alcoa remained as the only bauxite mining company in the state.

Mining efforts were already significantly reduced in 1967 when the Arkansas General Assembly recognized the economic contributions of bauxite mining by naming bauxite as the official state rock. It has been estimated that from 1898 through the present day, more than $1 billion of bauxite has been mined in Arkansas.

Check out our article on The Bauxite Historical Association and Museum to learn more about the history of bauxite mining in Arkansas.

If you’re a dog-lover or a kayaker in Arkansas, there’s a good chance...

I have taken advantage of all the extra home and family time over the...

Hike along one of the many trails in Arkansas and you are sure to observe...

One response to “Bauxite – The Official Rock of Arkansas”