Community-Centered Living in the Dels 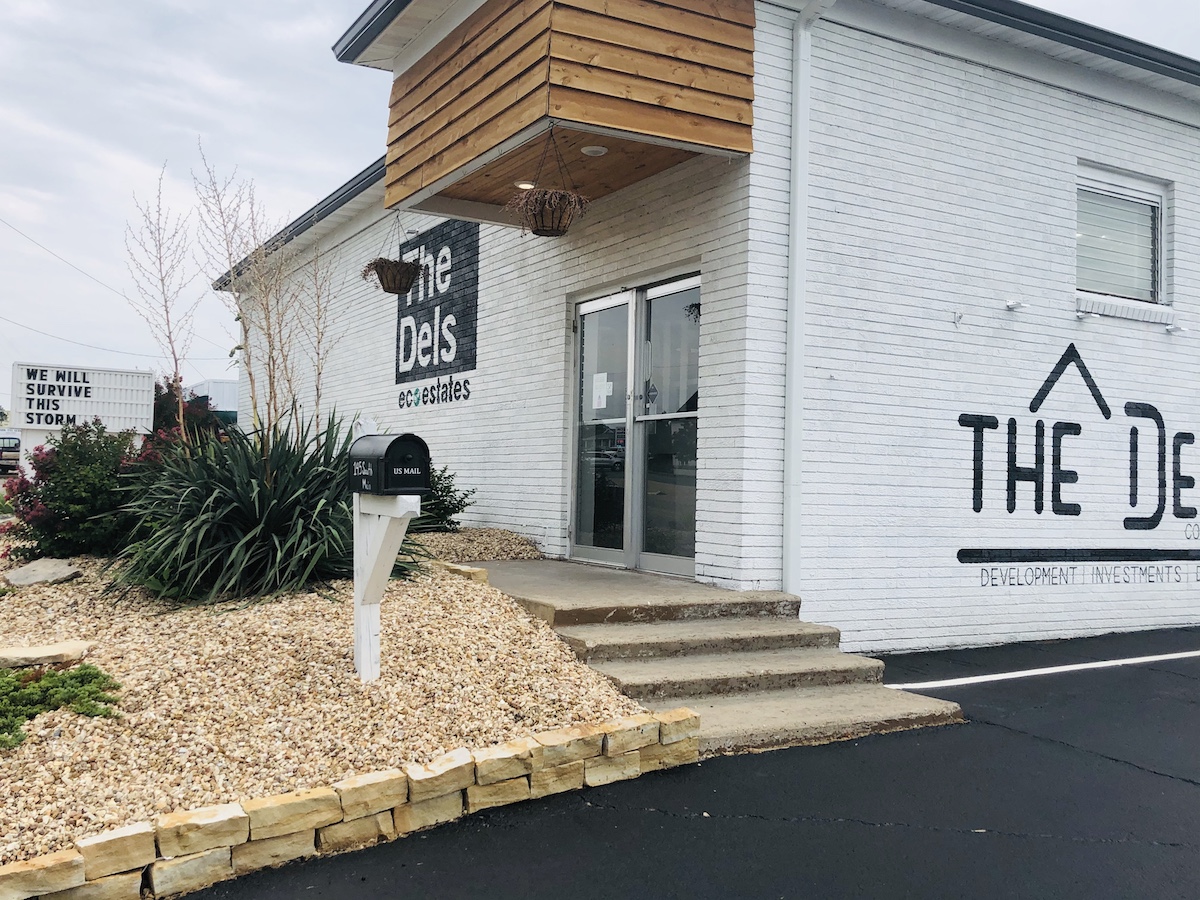 Mark Bertel Jr. remembers his great-grandmother Rosa Derinzo frequently talking about a chain of Italian islands called the Dels. On the islands, generations lived together as a tight-knit community. One night, Bertel had a dream about the islands and what it means to live sustainably in a close community, with younger and older people helping and learning from each other. That dream formed the basis for his business venture into providing attractive, affordable housing in Mountain Home. “My buddy told me that that story sounded far-out, so he said I could call it ‘Downtown Eco Living Studios’ as an acronym,” Bertel jokes.

The Dels resides in a neglected former motel near downtown Mountain Home. Bertel’s company, Mark Bertel Jr. Construction, renovated the 60-year-old building using local construction suppliers like Marchant as much as possible. Bertel comments that the local companies have been better than large chain stores at getting materials to them. However, the pandemic has affected the availability of products and supplies in general.

Bertel and his five-person crew turned the eyesore into a livable and lovable building, updating to a minimalistic design style that Bertel describes as European modern. The exteriors of the brick and cinderblock buildings are painted white, with neutral and black accents and cable railing across the second floor, giving it an open look. An outdoor dining area ringed by walls with murals has four picnic tables. It leads into a courtyard with a pool—not yet cleaned and open, in part because of social distancing policies—and a community garden. Tomatoes, squash, and strawberries grow in the garden, which were started from seed by one of the tenants. Plans for the courtyard include finishing an outdoor kitchen area and adding more murals. Ultimately, Bertel hopes that the comfortable courtyard can be a venue for live concerts and community events.

The interiors follow the same light style as the exteriors, with furnishings Bertel calls “Ikea-centric.” In fact, much of it did come from Ikea. When the first phase of the Dels was completed in September 2019, 12 units were open. Those spaces filled up in a matter of days. When the second phase of development was completed in May 2020 and another 29 rooms were made available, they were filled immediately. “There was no delay in filling this place up with good people,” Bertel states with satisfaction. “There was a need in our town for low-income housing. A lot of people just need something affordable that’s nice. We’re trying to develop that for Mountain Home.” Bertel says Mayor Hillrey Adams has been very supportive and that he has been encouraged by the efforts of city leadership to foster and encourage community spirit.


Bertel wears several hats as an entrepreneur, designer and creator; he began his work with construction and crafting minimalistic interiors, as he has done for the Dels, by renovating retro campers into food trucks. A Mountain Home native, Bertel has spent some time in St. Louis, where he became aware of housing options. He shares a dog, Stevie, with his wife Kelsey, whose business near the Mountain Home square, Cove Coffee, has a reputation for being sustainable and community-oriented. Community and sustainability are keywords in Bertel’s vocabulary, to which he adds, “I’m big on family and tradition, coming from my Italian side.”

In addition to construction and housing, Bertel has begun a new business called Ground Water as a licensee for the first 98% biodegradable single-use water bottle, which Bertel hopes will be made available to distribute nationally by the end of the year. At the same time, Bertel is expanding the Dels by building a cluster of tiny homes, 500 square feet each, in a development called the North Village by the Dels Corporation.

He speaks with interest in the possibility of expanding, saying, “It’d be really cool to have this brand throughout the Midwest.” Already, housing businesses in California and Florida have contacted Bertel to discuss potential projects. “We’re open to all options to carry this brand wherever we’re going to go,” Bertel says casually. “But I’m not in it for the money. Money is temporary, but the time we have here is so special. I’m doing this because I enjoy it, and it’s just a good experience built on community and relationships.”

If it all sounds like a dream, that may be because it’s based on one.