Wearing a flamingo on his head, Owen Dyer of Bentonville filmed his application video for American Ninja Warrior. He waited until the end to disclose that he would be only 16 by the time of filming. American Ninja Warrior previously had an age limit of 19 for competitors. “Just give me a shot, please,” Dyer recalls asking after acknowledging his youth. Convinced, American Ninja Warrior gave him a shot, and he took it and ran—through Qualifiers with 400 other contestants, through Semifinals with 150 contestants, all the way with only 60 others to a Las Vegas Finals run.

A native of Florida, Dyer has lived in Arkansas with his family for about seven years. He likes Arkansas for its community mindset and quality schools. He’s a junior at Bentonville West High School with an interest in business.

Thanks to Dyer’s younger brother, Hayes, for the past three years, he has enjoyed training in ninja athletics, which he describes as a combination of rock climbing, gymnastics and parkour. “It’s a lot of fun,” Dyer explains. “You don’t even realize you’re getting exercise. That’s what kind of drew me to it. It’s just having fun the whole time.”

Dyer and his brother were fortunate to be located near the Flip Side Ninja Park in Lowell, owned by Arkansas native and Coast Guard veteran Caleb Benson. Benson, along with coaches Brad Ramey and Aaron Easterling, helped Dyer train and prepare. “It has absolutely been one of the proudest moments for me as his coach to watch him fly through the course,” Benson shares. “He has outworked just about everyone else in the gym.” Dyer credits his success in earning a spot on the show and continuing through its rounds of obstacle courses to having many good coaches who could give him the information and training he needed.

In this season’s Qualifier round, four of the six obstacles were brand new and posed a fresh challenge. Facing them, Dyer says, “I had to take what I learned from classes and personal experience and obstacles and see what type of movements I would have to do that would work to get through the obstacles.” For Dyer, ninja training has included a mix of activities, both in his home gym and at Flip Side. He shared, “We have our core basics, traditional exercises like pull-ups, pushups, sit-ups; and then we try for different exercises that mimic different types of moves that we do on the course; and then we practice smaller versions or replicas of obstacles that we make at the gym.”

Dyer’s favorite movements involve upper body strength, including variations on pullups. The hardest obstacles, he says, are “agility-based obstacles because you only have one shot.” To train for these, he practices strict balance control and sets up obstacles propped with mats and attempts to make it through. He trains eight hours a week, working every day and taking one rest day.

Dyer’s passion for ninja athletics led to his working as a coach with other kids; now, he sees a future as a trainer. “I couldn’t have asked for a better first job. It’s my dream job and overall helps my goals.” Owen wants to open his own gym in the future, whether a traditional or ninja-style gym. He also enjoys designing and creating obstacles and has proposed some to the American Ninja Warrior show for consideration. Already he has one product on the market, his Dyer Situation vertical holds. As he buys items such as rock climbing holds in bulk, he resells them individually on eBay. The business-minded nature that has steered him through these ventures will also see him taking part in his school’s Global Business course this year.

To get started in ninja athletics, Dyer recommends buying a basic pull-up bar. Then try varying grips, and check out YouTube for inspiration of what other ninjas have done to train at home or in their backyards. Athletics, in general, Dyer asserts, will help. Flip Side’s Coach Benson stresses that ninja training is for everyone, from seasoned athletes to people of all ages looking for a fun activity.

“We’ve had 5-year-olds and 70-year-olds playing in our gym and watching everyone have a blast playing around is awesome. We say ninja is ‘fun on purpose, fitness by accident.’” 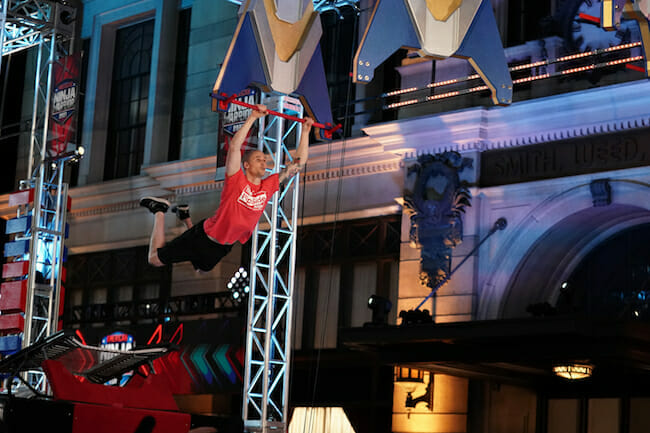 Along with Dyer, Benson and another Flip Side coach, former Arkansas Razorback kicker Lane Saling, competed on this season of American Ninja Warrior. Saling, wearing his Razorbacks jersey, took a fall during the Qualifiers round, shown in the first episode, while Benson made it to the Semifinals in a Flip Side shirt. He missed the chance to compete in the Finals by one place. Episode three shows Dyer’s Qualifier run, while episode six shows Benson and Dyer’s Semifinals runs. The episode including Dyer’s run in the Finals round has yet to air. So he’s currently unable to discuss his attempt or its outcome. Still, it probably featured his now-signature flamingo hat.

When asked about the significance of the flamingo (was it perhaps a nod to his Florida roots?) Dyer insisted it was just to get his application video noticed. When he prepared to compete, production assistants insisted he bring the flamingo hat.

But I’m thinking people are going to remember his name.

And read about another Arkansan-American Ninja Warrior from a few years ago. 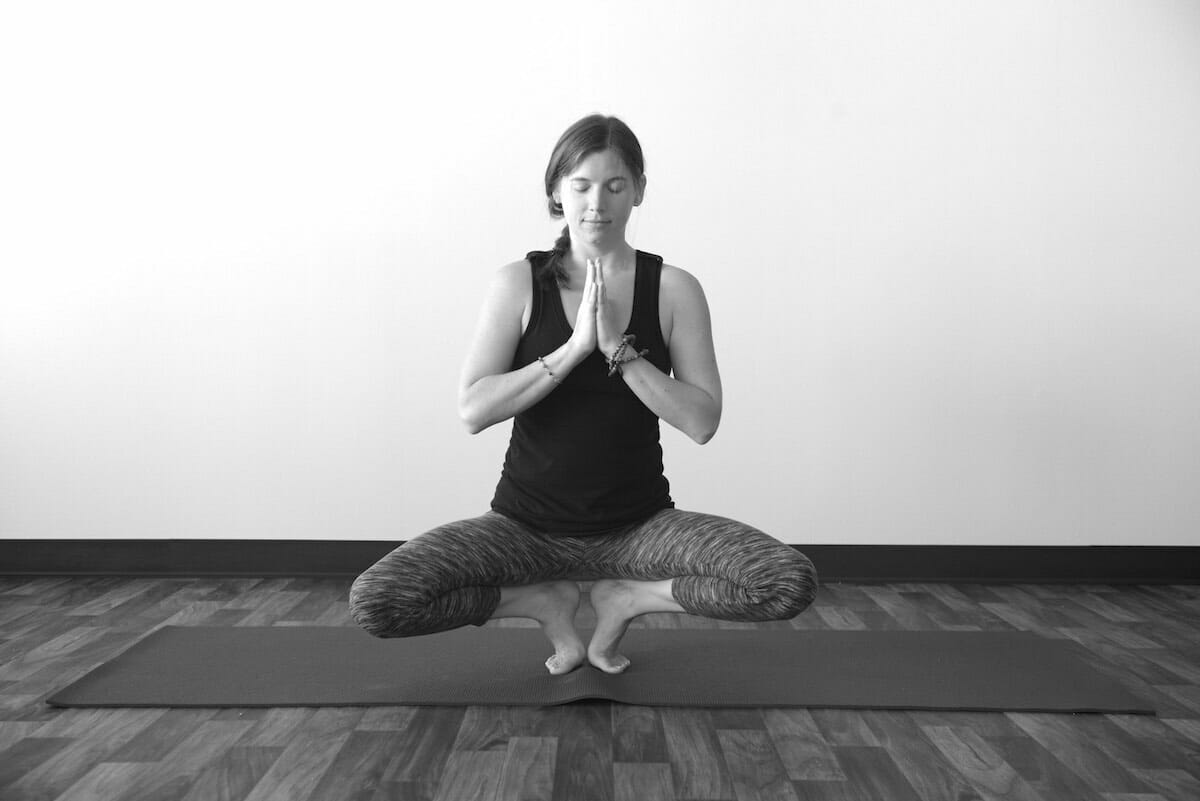