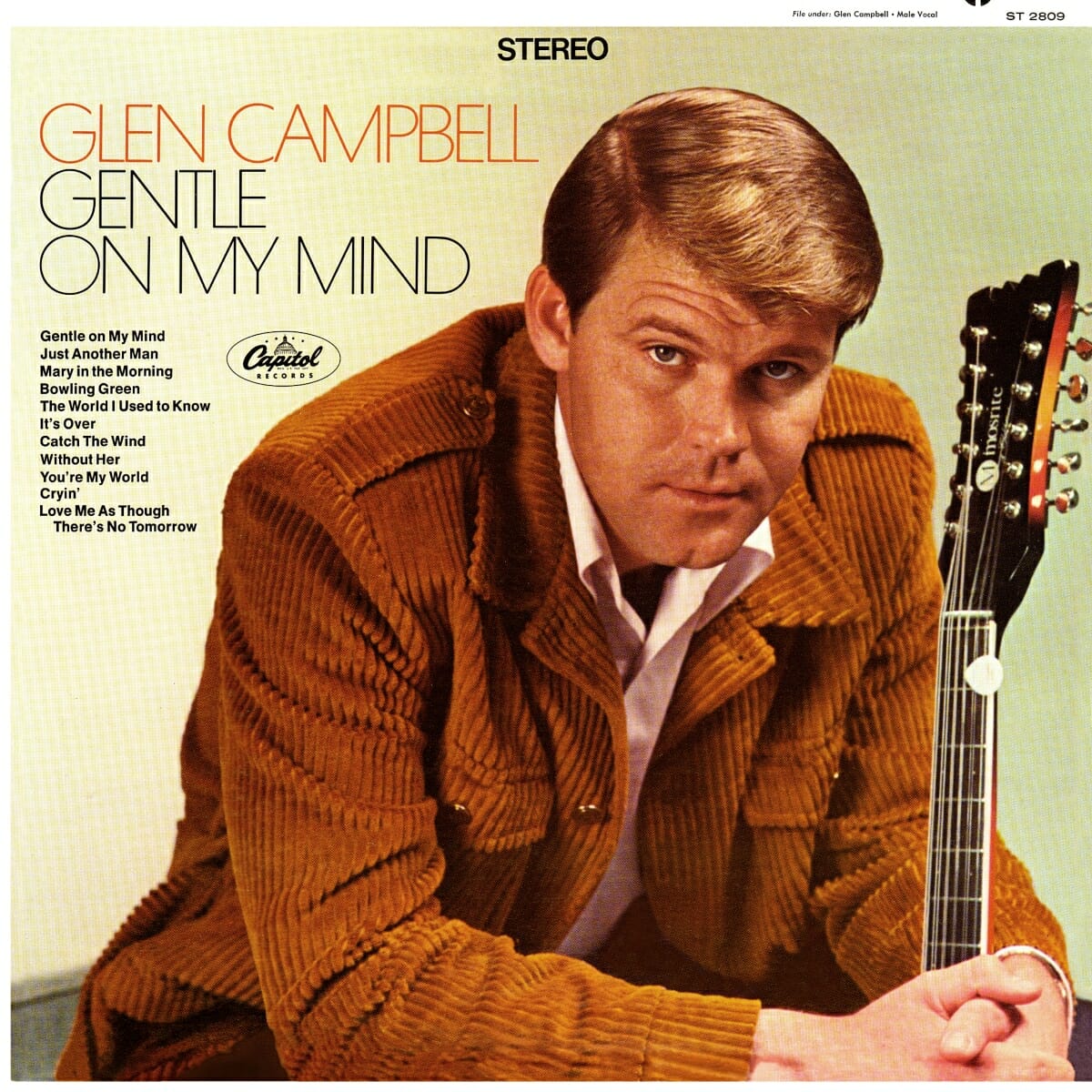 Two of Glen Campbell’s earliest memories shaped the country music legend he would one day become. Glen Travis Campbell was born in 1936 in Billstown, Arkansas, a small, unincorporated community south of Murfreesboro. He was one of twelve children born to Carrie Dell Stone Campbell and John Wesley Campbell and the seventh son. The large farming family arrived in Billstown from Alabama a generation earlier. Campbell’s many relatives worked on or owned farms in the area. When Campbell was three, he nearly drowned while swimming with his siblings in the Little Missouri River. With blue lips, his brothers thought he was dead, but brother Lyndell Campbell was able to revive him. As an adult, Campbell felt he was saved for his musical gift and its ability to touch other people.

Being surrounded by music, both on the radio and by his musical family members, also inspired Campbell to test his musical abilities at an early age. His father bought him a five-dollar Sears & Roebuck guitar when Campbell was just four years old. By six, he’d had his first public performance and occasionally played on a local radio show. Campbell learned by ear, listening to the radio, especially to the Belgian jazz guitarist Django Reinhardt. Reinhardt developed gypsy jazz in Paris, which removed brass instruments and relied on rhythmic guitar lines to carry the songs. This style of music deeply impressed itself on Campbell, who would go on to create his own unique music.

By the time Campbell reached his teens, his gift with a guitar was clear. He dropped out of high school to pursue music full time. Campbell had moved to New Mexico and joined a local Albuquerque band named “The Sandia Mountain Boys.” He appeared in clubs and local TV and radio programs. In 1958 he formed his own band, “Glen Campbell and the Western Wranglers.” This band was short-lived as Campbell decided to heed the advice of others and head to Los Angeles to try to record solo albums. However, because of Campbell’s skill as a guitarist, his solo career would have to wait.

Campbell joined a group of studio musicians and his reputation as a guitarist picked up steam, at least in the music world. He backed Elvis Presley, Bobby Darin, Ricky Nelson, Frank Sinatra, the Beach Boys and Merle Haggard, just to name a few. In 1963, he recorded 586 sessions. In 1964, he joined the Beach Boys on tour to play guitar and temporarily provide vocals when Brian Wilson stepped away from the tour.

Capitol Records signed Campbell in 1962, but he only had modest success as a solo artist until 1967. After seven years in Los Angeles and countless studio sessions for other artists, Campbell had his first top 40 hit, “Gentle On My Mind.” He followed it up with a series of hit songs as the decade closed out, including “By the Time I Get to Phoenix,” “Wichita Lineman,” and “Galveston.”

Glen Campbell on the Goodtime Hour in 1969.

The late 1960s saw Campbell crossover into television and film as well. After a stint on “The Smothers Brothers Comedy Hour” Campbell hosted his own television show, “The Glen Campbell Goodtime Hour,” where he interacted with stars like Lucille Ball, John Wayne and Tim Conway. The show ran from 1969 to 1972. Campbell’s most memorable performance came in 1969 when he was cast as La Beouf in the film version of Arkansas author Charles Portis’s book, “True Grit.” Campbell starred along with John Wayne in a film that won Wayne his only Academy Award. Campbell sang the title song in the movie.

When Campbell’s variety show was canceled in 1972, the singer stayed quiet for a few years, but he released another hit in 1975, “Rhinestone Cowboy.” This song, which had the same crossover appeal of his earlier hits, held the top spot in both the Country and Pop charts for weeks. It also gave Cambell a nickname. He would later title his autobiography “Rhinestone Cowboy.” Campbell followed up this hit with another in 1977, “Southern Nights.” Though the song was a remake of Alan Toussaint’s 1975, Campbell’s version hit number one on three different charts. The song, which spoke of being under southern stars and a southern breeze, surely reminded Campbell of his childhood in rural Arkansas.

Campbell continued to record through the 1980s and 90s, even while overcoming drug and alcohol addiction. In the 90s, he recorded several gospel albums in addition to his country music. Campbell toured internationally for years, becoming a much-loved performer. He performed at the Glen Campbell Goodtime Theatre in Branson from 1994 to 1998. He continued to return to Branson for years, performing with Andy Williams at the Moon River Theatre. Glen Campbell spent more than 50 years performing. In 1996, he was inducted into the Arkansas Entertainers Hall of Fame, and the Country Music Hall of Fame in 2005. He recorded over 70 albums. He won the Grammy Lifetime Achievement Award in 2012, followed by a Lifetime Achievement Award from the Arkansas Entertainers Hall of Fame in 2013 and the Academy of Country Music’s Career Achievement Award in 2015, among many other awards.

In 2011, Campbell announced he had been diagnosed with Alzheimer’s disease. He organized a farewell tour in 2012 and recorded one more album, titled Adios. Campbell died August 8, 2017. He is buried in his hometown of Billstown at the Campbell Cemetery.