The Arkansas Entertainers Hall of Fame 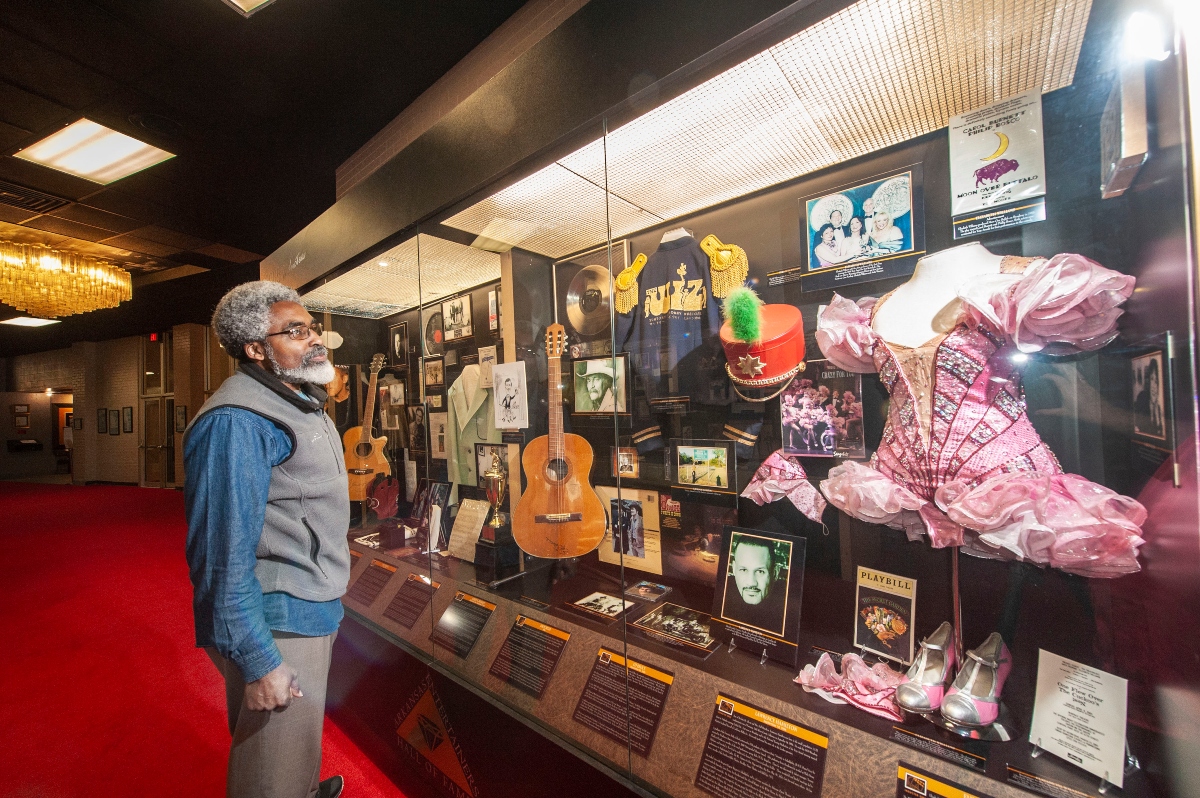 Arkansas is well known for its natural beauty, the Razorbacks, its innovative companies and its strong farming tradition, but one of Arkansas’s greatest resources is its people. Arkansas has a long history of producing great entertainers and the Arkansas Entertainers Hall of Fame celebrates all of that Natural State talent.

In 1985, the Arkansas General Assembly approved the formation of a museum to highlight the state’s entertainers. After several cities showed interest in the project, Pine Bluff was chosen as the home of the museum. The first group of entertainers was inducted into the hall of fame in 1996, although the museum didn’t open in Pine Bluff until 1998.

The first class included many of Arkansas’s great entertainers from the past century. Country singers Jimmy Driftwood, Johnny Cash and Glen Campbell all made the first class. Soul and R&B singer Al Green and jazz musician Art Porter, Sr. Songwriters Wayland Holyfield and Randy Goodrum also made the list. Holyfield has written songs for Conway Twitty, the Oak Ridge Boys, and the Statler Brothers, among others.

Patsy Montana made the first group with her long career as a pioneering female country music singer. Born in 1908 near Hot Springs, Montana was originally named Ruby Blevins and her early career is an example of what a combination of talent and gumption can do. She left Arkansas for Los Angeles in 1930, where she eventually won a talent contest with her yodeling and singing. This led to a spot on a radio show and her new moniker. Ruby became Patsy Montana opposite cowboy star Monte Montana.

When she returned to Arkansas, country music singer Jimmie Davis asked her to sing back-up on several of his new recordings. Montana also traveled to the 1933 Chicago World’s Fair with two of her brothers and a watermelon. While the fate of the watermelon is unknown, Montana secured a job with the Prairie Ramblers and landed her on the National Barn Dance radio broadcast. She recorded her most popular song, “I Want to Be a Cowboy’s Sweetheart” in 1935.

That famous first class of 1996 also contains actress Mary Steenbergen, Designing Women producer Harry Thomason, actor Billy Bob Thornton. Chet Lauck and Norris Goff were included, though the pair of radio personalities are more broadly known as Lum & Abner. The two comedians based their radio show on small town life they experienced in their hometowns of Waters (now Pine Ridge) and Mena. The radio broadcast ran for nearly 25 years and included six movies as well. The other entertainers in the first induction into the Arkansas Entertainers Hall of Fame included Alan Ladd, Tracy Lawrence, Dick Powell and Charlie Rich.

The museum has continued to induct new honorees every two to three years and collect the memorabilia that speaks to the impact of these Arkansans in entertainment in the state and across the country. In 1998, Jerry Van Dyke was included in the second class of honorees. Van Dyke was born in Illinois. His older brother is Dick Van Dyke and the brothers started out their comedic careers in their hometown of Danville, Illinois while still in high school. Jerry Van Dyke joined the Air Force and worked in the entertainment unit, performing comedy and winning several talent shows.

Jerry Van Dyke in the television show “Accidental Family” which ran from 1967-1968.

When he was discharged, he launched into acting and won many supporting roles on television, including on his brother’s show, “The Dick Van Dyke Show”, “The Judy Garland Show” and “My Mother, The Car.” In 1989 he was cast as assistant coach Luther Van Dam in the series “Coach,” which became his most famous role and garnered him Emmy nominations. Van Dyke’s Arkansas connection is through his wife, Shirley Rose, from Glenwood. The couple owned a ranch in Hot Spring County and purchased and renovated a city block in Benton. Van Dyke was seriously injured in a car accident in 2015 from which he never fully recovered. He died at his ranch in 2018.

Actors and musicians aren’t the only entertainers the museum honors. Several authors are also included, most notably John Grisham and Charlaine Harris. Grisham is the author of numerous novels, short stories and a children’s series. He was born in Jonesboro but moved to Southaven, Mississippi when he was four. He returned to Arkansas frequently to visit his family, especially his grandparents’ farm in Black Oak. Grisham became a lawyer in 1981 and practiced until 1990. His first book, “A Time to Kill,” was published in 1988 by a small press. His second novel, “The Firm,” became a blockbuster film and New York Times best-selling novel. His 2001 novel, “A Painted House,” is set in Black Oak. Grisham has written a book a year since to become one of the all-time best-selling novelists in the United States.

Charlaine Harris was born in Tunica, Mississippi and arrived in Arkansas in the late 1980s. She published her first mystery novel in 1981. Harris is best known for her southern vampire series following Sookie Stackhouse, a telepathic waitress who solves supernatural crime. Harris based her books in the south after living in Magnolia, Arkansas.

The Arkansas Entertainers Hall of Fame is free to visit and open every weekday 9 a.m. to 5 p.m. and limited hours on Saturday and Sunday. The museum is located inside the Pine Bluff Convention Center. More information can be found at arentertainershalloffame.org. Arkansas has a wealth of talent within the entertainment sphere and a visit to the Arkansas Entertainers Hall of Fame will wow visitors with the memorabilia behind those entertainers and the stories they represent.

2 responses to “The Arkansas Entertainers Hall of Fame”