The Tea Crate in Batesville 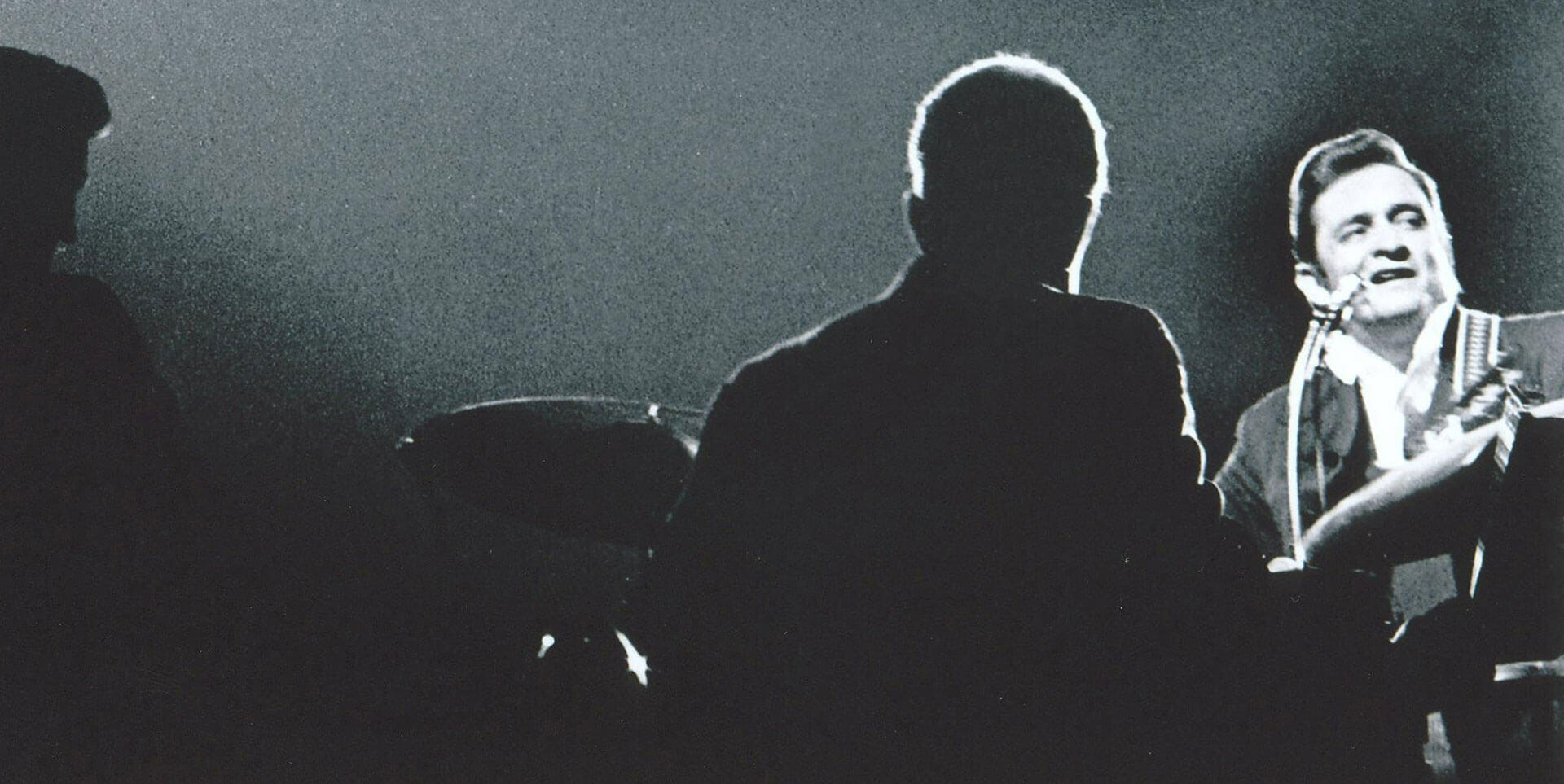 In country music, not many musicians have left such an impression on the industry and fans as Johnny Cash. The singer was as authentic as he was troubled. Throughout his life, the Man in Black continued to do what he felt he was created and called by God to do: write and sing.

Johnny Cash was born J.R. Cash February 26, 1932, to parents Ray and Carrie Cash. J.R. was the fourth of seven Cash children. He was particularly close to his brother Jack, who was born third. The Cashes moved from Kingsland, Arkansas to Dyess when J.R. was three years old. Cash spent his childhood working his family’s 20 acres as sharecroppers. His musical prowess began early as the family sang gospel, folk and field songs while they worked.

Cash’s mother first recognized her son’s musical talent. J.R. Cash started writing songs at the age of 12, strongly influenced by his family’s religion. That same year, his older brother was badly injured while using a table saw. Jack Cash died a week later. The tragic accident affected J.R. deeply. Later on, Cash often spoke of his brother, and his music reflected both the somberness of the accident and Cash’s hope in God.

Cash performed first at a radio station in Blytheville. After high school graduation, he enlisted in the Air Force under the name John R. Cash and attended training in San Antonio, where he met his future wife, Vivian Liberto. Cash worked as a radio intercept officer in Landsberg, Germany, listening in on Soviet communications. He also bought a guitar and formed a band, the Landsberg Barbarians. The band performed in honky-tonk bars, and Cash worked on guitar and songwriting skills.

He was honorably discharged in 1954 and married Liberto. The couple moved to Memphis, and Cash worked as an appliance salesman while also taking radio broadcasting classes. He met guitarist Luther Perkins and bassist Marshall Grant, who played under the name the Tennessee Two. The three began to hold nightly jam sessions, rotating between each other’s houses. They played gospel music and performed on a Memphis radio station once a week.

Memphis was the home of Sun Studios, run by record producer Sam Phillips. Phillips had already signed Elvis Presley and would go on to record Roy Orbison and Jerry Lee Lewis, among many others. Cash, Perkins and Grant managed to wrangle an audition with Phillips, who initially disliked their gospel music. When Cash returned with something more country, but also distinct, Phillips signed the group as Johnny Cash and the Tennessee Two. They recorded “Hey Porter” and “Cry Cry Cry,” both released in 1955. “Folsom Prison Blues” and “So Doggone Lonesome” quickly followed, and Cash quit his day job to focus on music. He toured through Arkansas, Tennessee and Mississippi and performed on Shreveport’s radio program, “Louisiana Hayride.”

When Cash’s next song, “I Walk The Line,” hit No. 1 on the country charts, he cemented his reputation as a country music star. The song sold 2 million copies. In 1957, Cash decided to move his talent to Columbia Records in California. There he continued to record and release hits and pursue a minor acting career. As Cash headed into the 1960s, he faced a whirlwind tour schedule that found him on the road up to 300 days a year. By this time, Cash had started taking amphetamines to keep up with his hectic days. He would battle this drug addiction over the next two decades.

Cash often toured with The Carter Family, where he met June Carter, one of the Carter sisters. The 1960s saw Cash release “Ring of Fire,” another No. 1 hit, plus several albums. Personally, though, his life began to unravel. He was arrested seven times, all for misdemeanor charges, including smuggling amphetamines across the U.S.-Mexico border. His wife filed for divorce in 1966. When the divorce was final in 1968, Cash married June Carter. Carter played an instrumental role in bringing Cash back to the faith of his childhood and helped him battle his drug addiction. Meanwhile, Cash and Carter’s hit duet “Jackson” won a Grammy award in 1967.

The next decade was a good one for Cash. He created “The Johnny Cash Show,” a variety show that featured country and folk artists. The show ran from 1969 to 1971. In 1970, John Carter Cash was born, the only child born to Johnny Cash and June Carter. Cash had four daughters from his previous marriage. He released an autobiography, “The Man in Black,” in 1975. From the late ’60s into the ’70s, he held a string of concerts in prisons. He also began advocating for Native Americans, a stance that infused his music as well. In 1980, Johnny Cash was elected into the Country Music Hall of Fame. However, he had begun to struggle with addiction again. He entered a rehabilitation facility in 1983. This time, he was able to overcome his addiction for good.

Cash also began recording with other artists in the 1980s. Between 1985 and 1995, he created three albums with Willie Nelson, Waylon Jennings and Kris Kristofferson. The group became known as the Highwaymen, named after their song “Highwayman,” which hit No. 1 in 1985. In 1994, Cash collaborated with rap producer Rick Rubin. The country singer remade songs by popular alternative bands like Soundgarden and Nine Inch Nails. These albums won him more acclaim and new fans. He was admitted to the Rock and Roll Hall of Fame and the Arkansas Entertainers Hall of Fame, as well as winning a Grammy Award for Lifetime Achievement.

Cash battled failing health through the late 1990s and early 2000s. He was diagnosed with autonomic neuropathy, a series of symptoms affecting the nervous system. Cash could no longer perform, but he didn’t stop recording. When June Carter Cash died from complications of heart surgery in May 2003, Cash said the only thing keeping him going was recording. He recorded his last song shortly before his death on September 12, 2003.

Johnny Cash was an icon of country music, but his influence filtered into the larger world of entertainment. After his death, he continued to have albums released. In 2005, “Walk the Line,” a movie about Cash and June Carter, was released. Johnny Cash’s legacy also lives on in Arkansas. Arkansas State University has preserved Cash’s boyhood home as part of the Historic Dyess Colony. The Johnny Cash Heritage Festival is also held on the grounds next to the home each year.

From his family’s Arkansas farm to one of the greatest country music stars of all time, J.R. “Johnny” Cash, the Man in Black, will continue to influence country music and its fans for years to come.

3 responses to “From J.R. Cash to The Man in Black: Arkansan Johnny Cash”