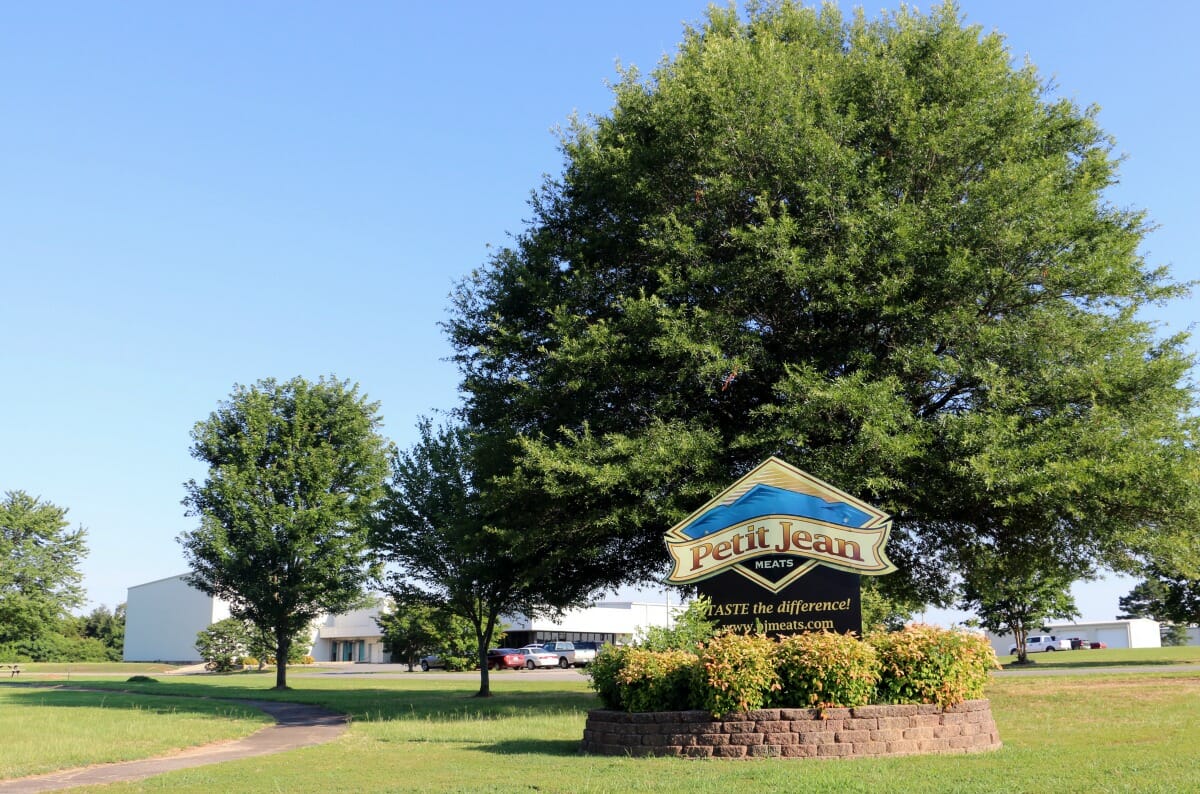 Nothing builds a sense of community more than good people and good food. Morrilton Packing Co., better known as Petit Jean Meats, has been a family owned and operated since it was founded by Felix Schlosser in the 1920s when he came to Arkansas from Germany in search of a better life. Good people and good food were what this company was founded upon and what continues to make it a success today.


Morrilton, Arkansas is located at the base of Petit Jean Mountain. Most of us would now consider Morrilton to be a small town but in the 1920s it compared well with Conway and Russellville.

Felix Schlosser was looking for a big town. He wanted to plant his roots and what better place to do that than where you already have family. Schlosser’s widowed cousin, Mary Ruff, called Morrilton home, and it seemed like a perfect place to open what was known as the Morrilton Meat Market and Sausage Factory. That Mary had two sons who could help make deliveries on their bicycles was just a bonus. It turned out to be the start of a family dynasty of sorts and now gives Petit Jean Meats the honor of being the only remaining privately owned processor of red meat in Arkansas.

Edward Ruff, Operations Manager and son of current CEO David Ruff, plans to make sure Petit Jean Meats remains a family business after his father retires. Edward is the great-grandson of Mary Ruff whose cousin Felix started it all. Edward, just like his father and grandfather before him, grew up in the business, working different jobs throughout the company since he was a teen.

Edward seemed to know from a young age that he was destined to work at Petit Jean Meats.

“I always wanted to do what my grandfather did. I started working every aspect of this company when I was 13. It is all I have ever done. I love the problem-solving and troubleshooting that comes with being the operations manager.”

It’s a kind of dedication that has made this family business grow and continue to be successful today. Still, no amount of dedication is good enough if the food you are selling isn’t good, too. Petit Jean Meats looks to its roots to deliver tasty, quality products.

The smoking process which gives Petit Jean hams and other products their distinct flavor remains virtually unchanged from how it was done in the early days of the company. Instead of using wood logs in the smoking process they now use Hickory sawdust from a mill right here in the Ozark Mountains. By using sawdust, they can use a byproduct from the mill that might otherwise be seen as trash. Additionally, using sawdust instead of logs significantly reduces the risk of fire that plagued the business in its early days.

Edward Ruff explained that many meat companies have skipped the wood altogether and now use a liquid smoke mist to impart the smoky flavor into their meats. Petit Jean is built on tradition and Ruff says that they plan to “stick with the process that got us here.”

According to Ruff, people are always amazed at the number of products that Petit Jean Meats carries. Ham, bacon, and hot dogs come to mind quickly, but they also carry a variety of deli meats, smoked turkey, a variety of sausages and their newest product the All Beef Hot Dog. Ruff informed me that a variety of microwavable convenience meals for both breakfast and dinner are also in the works.

In 2018, Petit Jean Meats will officially turn 90 years old. The company has been and will remain entirely family owned and operated. When you sit down to your Sunday ham dinner, you are tasting the same ham that your grandmother enjoyed. The Ruff family has created an Arkansas tradition that they believe your grandchildren will also one day enjoy.

Petit Jean Meats offers products in many grocery stores throughout Arkansas. You can also purchase your favorite Petit Jean products online at petitjeanmeats.com and have them delivered to your door anywhere in the U.S. If you need some great recipes for using your Petit Jean Products you may want to check out their blog pjeats.com that contains a collection of recipes written by some of Arkansas’ best food bloggers.