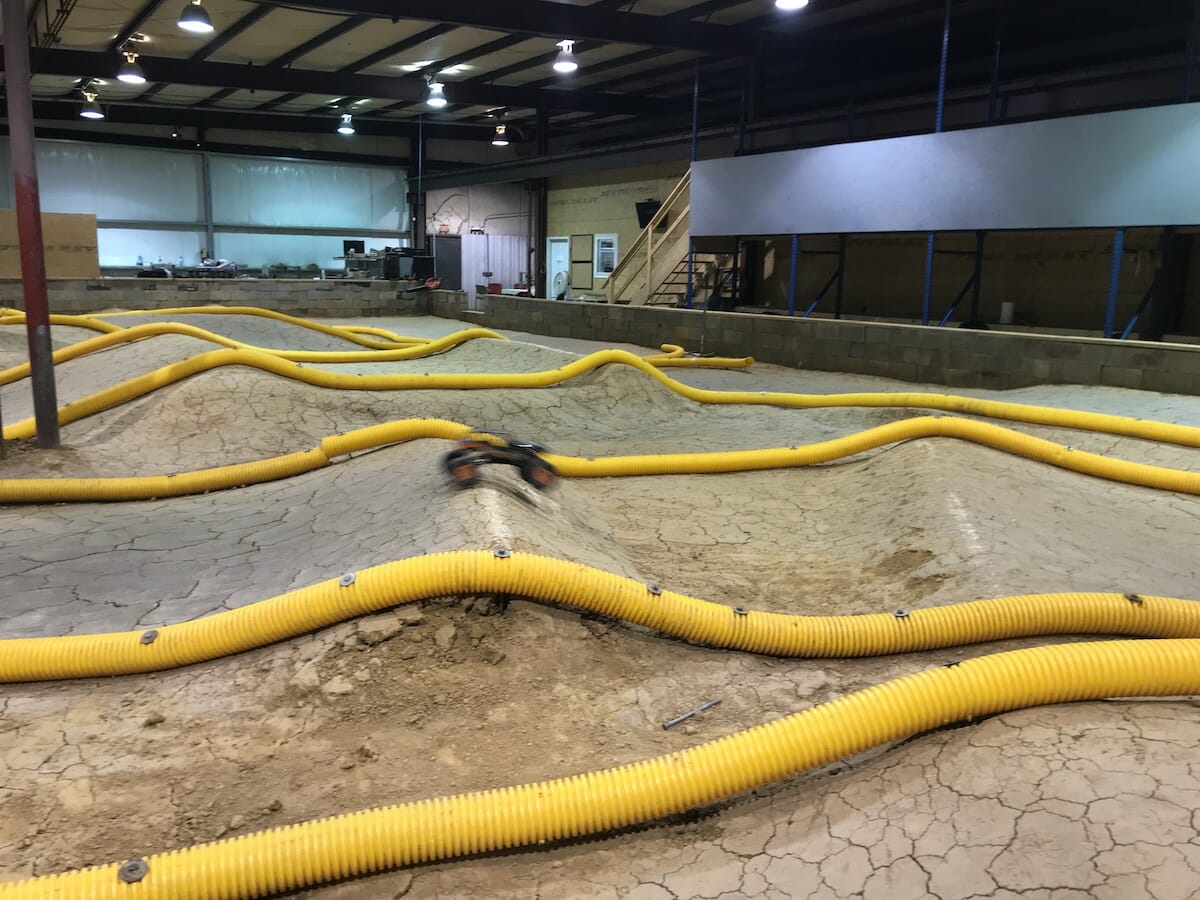 My son’s first words were car, plane and train and he could say combine (harvester) before he could say Mama. Like most kids, if it moves or honks, he loves it. My husband bought him a remote-controlled (RC) car for Christmas last year. He was barely three but learned to drive it faster than I could and he can now run it around our yard like nobody’s business. It was time to let him drive it around a real race track, so we took him to NEA Hobbies in Jonesboro.

Model car racing became popular in the late 1930s with the formation of the Model Car Racing Association in England. The first radio-controlled cars, although rudimentary in operation, came on to the scene in the late 1950s and consumer RC Cars became widely available by the late 1970s. RC cars and planes are popular amongst hobbyists today and many head to NEA Hobbies in Jonesboro for all their RC needs.

NEA Hobbies is a lot like you’d expect when you walk in the door. There are aisles and aisles of parts and pieces, kits, paint, and glue along with anything and everything you would need to make your RC vehicle move. Ross Tate, the owner of NEA Hobbies, tells me that people come from all over to shop his store and that very few hobby shops still exist. After spending a few minutes with Tate, it became obvious why his shop has survived nearly 30 years in the Jonesboro area. The services he offers bring people into the store, but his excitement and knowledge about all things RC are what keep people returning.

In the short time I spent in the store visiting with Tate, four or five customers came in and he addressed each by name. Each individual was shopping for something in particular, but they were also just visiting, as well. Conversations always took a personal turn and laughter regularly rang through the store. If Cheers (the bar) were a hobby shop, this would be it.

Tate ended up owning NEA Hobbies almost by accident. The store, originally located on Caraway Blvd., was being sold by its original owner and Tate mentioned being interested in buying it. Having been involved with RC cars and racing since he was a child, Tate figured the best way to afford his love for the hobby was to buy the store. The price was, unfortunately, out of his reach, but it wasn’t long until the owner came to him with what Tate called the “deal of a lifetime.” This time Tate jumped on the offer.

After owning the store for two years, Tate wanted to make NEA Hobbies his own and take the store to a whole new level, so he made a move to 5917 E. Johnson Ave. in eastern Jonesboro. The metal building is large but unimpressive and you may even overlook it if you didn’t know what you were looking for. And, as I mentioned earlier, the store is full of the things you’d expect, but it’s the things you might not expect that will draw you in and keep you coming back.

Beyond the rows and rows of inventory, car parts, airplane parts and more, visitors will find the coolest indoor dirt track where RC lovers of all ages can practice driving their cars. It’s the reason we visited the store in the first place, and as you can see, my son was not disappointed.

Tate built the dirt track for people to practice, but also so the shop could hold regular races. Although 2020 has been a bit unusual, Tate expects to be back to holding regular races when the weather gets a little cooler. They host local races nearly every weekend throughout the winter, along with three big regional events. If you just want to play, you’re invited to come out and try out the track anytime you like; just be aware that the building with the track is not air-conditioned. A full-day pass is available for $10 for adults and $5 for kids. Of course, Tate and his team will be there to help you if anything goes wrong with your car, and workbenches and tools are available for making repairs on the fly.

Tate has other plans for the shop. Construction will begin soon on a new outdoor RC drag strip and a bash park that will include all kinds of jumps and hazards for drivers to navigate. Although a completion date is not known at this time, Tate says the project is next up on his list.

If you are like me and know nothing about RC, don’t worry. Tate and his workers will help you every step of the way. They will help you choose a car that fits your needs and price range, will show you how to drive it and will then help you keep it running in tip-top shape. When you walk into NEA Hobbies, there is always someone willing to help you and if you’re brave enough, they may even challenge you to a race around the track.

NEA Hobbies is located at 5917 E. Johnson Ave. in Jonesboro. They are open Tuesday-Friday 10 a.m. – 6:30 p.m. and Saturdays from 11 a.m. to 6 p.m. They are open seven days a week from Thanksgiving through Christmas. Follow NEA Hobbies on Facebook and learn about upcoming races on their FORC Raceway racing page.

One response to “NEA Hobbies and Indoor RC Racetrack”