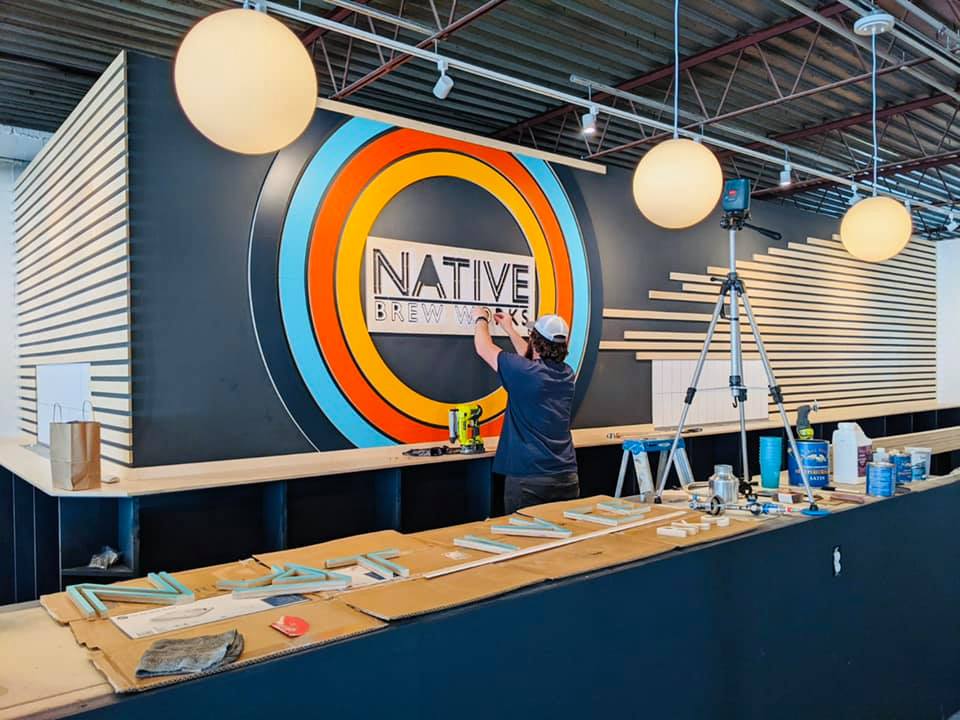 Craft beer in Arkansas has grown by leaps and bounds over the past 10 years.

In 2011 there were only six breweries in the state. Today there are 47, with another due to open tomorrow, and several more on the way.

Here’s a rundown of the breweries that have opened (or plan to open) this year.

Native Dog Brewing opened in Camden on January 30th. Pharmacists Bobby and Lauren Glaze launched the south Arkansas brewery after deciding it was better to dispense beer than medication. The brewery’s mascot is Baxter, a stray dog the couple picked up while interning at a pharmacy on a Sioux reservation in South Dakota.

Jacksonville’s Blade & Barrel Brewing Co. opened on March 11. It’s a unique setup, with a full-service barbershop and kitchen. Jay Ragsdale, one of the brewers at Blade & Barrel, previously brewed at Diamond Bear Brewing Co. and was a part of the group that tried to launch Blood Eagle Brewing Co. in Little Rock a few years ago.

Tomorrow is the first day of operation for Bryant’s Burks Brothers Brewing. It’s a family affair for the Burks family. Three generations are involved in the business. Theirs is the second brewery to operate in Saline County (501 Brewing Co. closed in 2018).

Lost Forty Brewing Co. is converting the former Rebel Kettle Brewing Co. / East Sixth Brewing Co. into an offshoot location that will specialize in experimental beers, margaritas, and tacos. Camp Taco at Lost Forty is nearing completion and should be open soon.

Jonesboro will get its own brewery when Native Brew Works launches later this year. It will occupy a building on Gee Street that was constructed in the 1930s. The brewery is one of several enabled by Arkansas Act 681, which made commercial breweries in dry counties a reality when it became law in 2019.

Jesse and Ashlyn Gagnon are working on the buildout of Orthodox Farmhouse Brewery in Goshen. Jesse Gagnon is currently the brewer at Fayetteville’s West Mountain Brewing Co.

Bentonville is getting another brewery later this year. Partners Travis Banks and Chris Spence are starting the buildout for Social Project Brewing next week. Banks previously brewed at Celestial Beerworks in Dallas. Social Project will be located near the Bentonville Community Center on SW I Street.

Wicked Head Brewing Co. in Trumann made progress on its buildout but seemed to have stalled a bit. Hopefully, the east Arkansas brewery regains momentum soon.

There are rumors of new breweries in Fayetteville and Cave Springs, but none of those rumors have enough legs to run with at this point. Yet, there is no doubt the list of new breweries will grow as the year progresses.

Arkansas has proven itself fertile ground for brewery startups, with 800% growth in the number of breweries in the last decade. The Brewers Association estimates the economic impact of the brewing industry in Arkansas to be $525 million.

If you know about other breweries in planning, feel free to e-mail me at brian@beerinarkansas.com.

Founded in 2013, Ozark Beer Co. has grown to become the second-largest...

A few weeks ago, we introduced you to the newest brewery in Eureka...