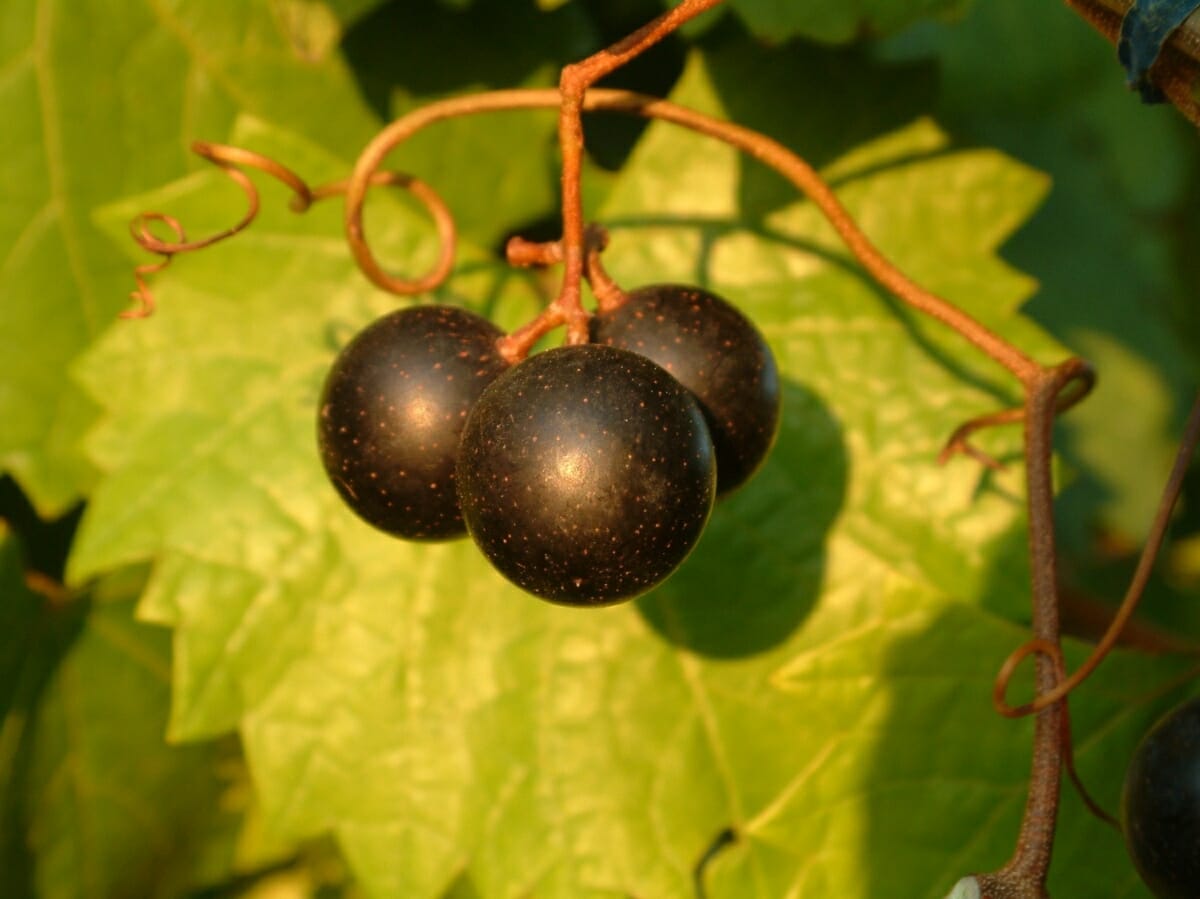 Arkansas has some wineries to rival any in the country or around the world, and the roots of these Arkansas wines reach back six generations into state history. The nineteenth century ushered in a rush of immigration into Arkansas fueled by agricultural possibilities and the construction of a railroad line between Little Rock and Fort Smith. German and Swiss immigrants arrived to work on the railroad line, lured by the promise of land and freedom of religion. Communities sprang up around the immigrants, including Altus and Subiaco. These mostly Catholic immigrants also brought their knowledge of viticulture and found the perfect climate in the Arkansas River valley for growing grapes and making wine.

Second and third-generation Posts harvesting grapes at Altus circa 1926.

Jacob Post arrived in Arkansas in 1880. He quickly settled in Altus and immediately planted his vineyard near the Iron Mountain Railroad Depot. The soil and climate proved excellent for growing grapes, and Jacob Post started selling his bottled wine to both the railroad workers and those who came on the train. The Post family made wine until Prohibition. The winery was able to survive by making sacramental wine for use in religious services. Much of the immigrant community was Catholic and Saint Mary’s Catholic Church in Altus is located near the winery. Jacob Post’s daughter-in-law, Katherine, was arrested and briefly imprisoned for selling wine during Prohibition. Once Prohibition was repealed, the family joined with other Altus area growers to form a cooperative. That ended after World War II. Katherine’s husband, James Post, took over Post Winery and his son Matt helped create the legacy the winery enjoys today as the largest winery in Arkansas.

Post Familie Vineyards and Winery is Arkansas’s oldest wine-producing family. Today, Matt Post is still the family patriarch at 95 years old. Matt is quoted as saying, “Put a vineyard in right and it will produce good for years.” Matt and his wife Betty had twelve children and eight are involved with the family business. The family counts six generations of Posts from Jacob Post’s founding of the winery to the present day. President Paul Post is a fifth-generation Post and oversees the family business. He notes, “It is the customers who buy the wines that keep us in business. Our goal is to make what the people enjoy time and again to share with their family and others.”

The family has worked with a wide variety of grapes and selected several to stock its wines, including an Arkansas native grape, Cynthiana, and southern favorite, Muscadine. In 2019, Post Winery crushed, pressed and fermented over two million pounds of grapes. The winery is one of the top-producing in the state in both output and variety.

Post Winery currently produces over 30 varieties of wine, and some of these are only available at the winery in Altus. Some of the winery’s most popular wines are the Traditional Red, Red Table wine and a couple of lighter white wines, Parachute and of course, Muscadine. As a grower, the winery is always experimenting with new varieties of grapes. “A new Arkansas grape variety called Enchantment is in limited production by Post’s winemaker Amanda Fleming and makes a spicy dry red wine aged with French Oak,” Paul Post says.

Post Familie Winery has distribution across Arkansas, and regionally, in parts of Oklahoma, Missouri, Louisiana and Texas. However, a fun way to experience the history of wine-making in Arkansas is to take a trip to Altus and visit Arkansas’s wine country. Paul Post’s wife, Veronica, is the mayor of Altus and shares the town’s motto, “The wine capital of Arkansas,” everywhere she goes. Altus holds a Springtime Gala in May (unfortunately, canceled in 2020 due to Covid-19) and the Altus Grapefest in July. However, you can visit Post Familie Vineyards any time of the year to enjoy a tour of the vineyards and facilities. The family also added the Trellis Room, which gives tourists and wine tasters a place to enjoy local, seasonal farm to table fare provided by chef Terese Post Parker, who is part of the sixth generation of Posts. The venue is managed by Tina Post, from the fifth generation.

Tradition runs strong at Post Familie Vineyards. The winery has weathered Prohibition, drought, and the ebb and flow of business, and now weathers the Covid-19 pandemic. However, the grapes are still growing, and they will be harvested, pressed, and fermented into wine, just as the Posts have done since Jacob Post arrived in Altus six generations ago.

Find out more about a visit to Post Familie Vineyards at their website, postfamilie.com, and follow them on Facebook for the most recent updates about store hours and wine tours. The winery currently has store pick-up for orders.

“Head to the wineries, head to Altus, head to Post’s, and have fun as soon as the COVID-19 precaution is lifted,” Paul Post says. “You are sure to find food and wine to enjoy.”

Paul and his wife, Veronica, mayor of Altus, invite you to visit Post Familie Vineyards and Winery.
4 Comments