Rand Brewer: Racing to be a Pilot 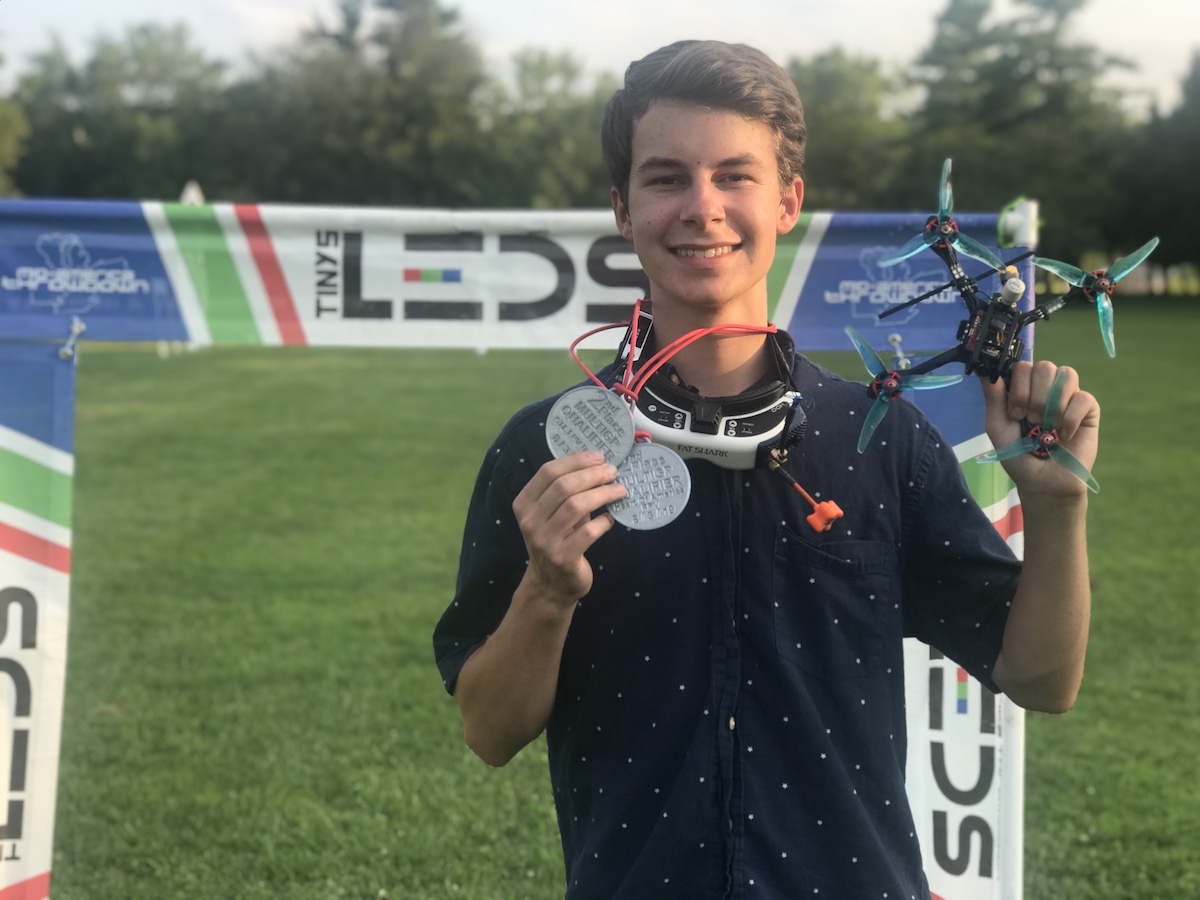 I have wanted to be a pilot since I was about 5 years old; I saw planes flying overhead and I wanted to be the person flying them,” 18-year-old Rand Brewer of Little Rock recalls. By channeling his lifelong passion for flight Brewer engaged in a hobby, began a small business, discovered an interest in physics that aided him in high school academics, and realized his career path and college aspirations.

Brewer remembers receiving Realflight G5, a remote-control plane simulator for the computer, when he was about 6 years old. He could practice flying an assortment of planes in different settings. As a kid, Brewer enjoyed sharing his dad’s hobby RC planes, and as a teenager, he naturally gravitated toward drones. In January 2015 he began building and flying mini quadcopters; a quadcopter is often referred to by those outside the sport simply as a drone, but Brewer clarifies, “Technically they are not drones, as they have no autonomous features and must be flown by a pilot at all times. Most people who fly refer to them as ‘quads.’”


Brewer started flying freestyle, then began racing. To fly and race, Brewer wears a headset that provides him a first-person view of the drone’s flight path thanks to a camera and radio antenna mounted on the drone. He races with the Central Arkansas FPV Racers, a chapter of the international MultiGP Drone Racing League. Local drone races are often held in Western Hills Park and Beaverfork Lake Park. Brewer’s favorite place to fly, he shares, is in Murray Park, and he loves Arkansas because it’s easy to leave the city and find large open fields for flying. National races in places such as Tennessee and Florida put Brewer on the road about four times a year.

Brewer explains why racing appeals to him: “It’s competitive, all about beating time.” In addition to racing drones, he enjoys racing cars, another hobby he shares with his father, Wilson Brewer, a former master mechanic for Infiniti/Nissan who now works with aquaponics. They race with the Arkansas Region of the Sports Car Club of America. Another of Brewer’s hobbies, photography, allows him the opportunity to photograph sports cars; in concert with his hobby of flying drones, Brewer can follow and film automobiles around the track. Brewer has certification as a remote pilot that allows him to operate a drone for commercial purposes.

While building and repairing his own racing drones he found himself with ideas for his own designs. Using Fusion 360 modeling software, he began making frames out of carbon fiber. Brewer began selling his parts and frames in 2017 under the name of Randbrand Designs, reflecting pragmatically on his business venture, “I made something that fit my need and other people ended up liking it.” Randbrand Designs allowed him to defray some of the cost of his hobby. For several years, Brewer estimates he was spending 14-16 hours a week flying and racing drones. Then, as he began setting his sights on college, the admission process and bigger dream took priority. Brewer has always loved to fly and wants to be a commercial or corporate pilot. January 2020, he began pursuing his private pilot’s license, training through Central Flying Service. Now, he spends his free time training with simulations and flying, recently making his first solo flight.

In everything, Rand Brewer has been supported and encouraged his family: by his father as well as mother, Amber Brewer, and step-father John Beachboard. A senior at Episcopal Collegiate School, Brewer has been accepted to Embry-Riddle Aeronautical University in Daytona Beach, Florida. He says his hobby of designing, building, flying and racing furthered an interest in math and physics and assisted him in the college admission process “by showing I have a true interest and passion for flight.” Embry-Riddle University has its own drone racing team, and Brewer is excited to continue racing as he pursues his dream of flight.