Where Have All the Bobwhite Gone? 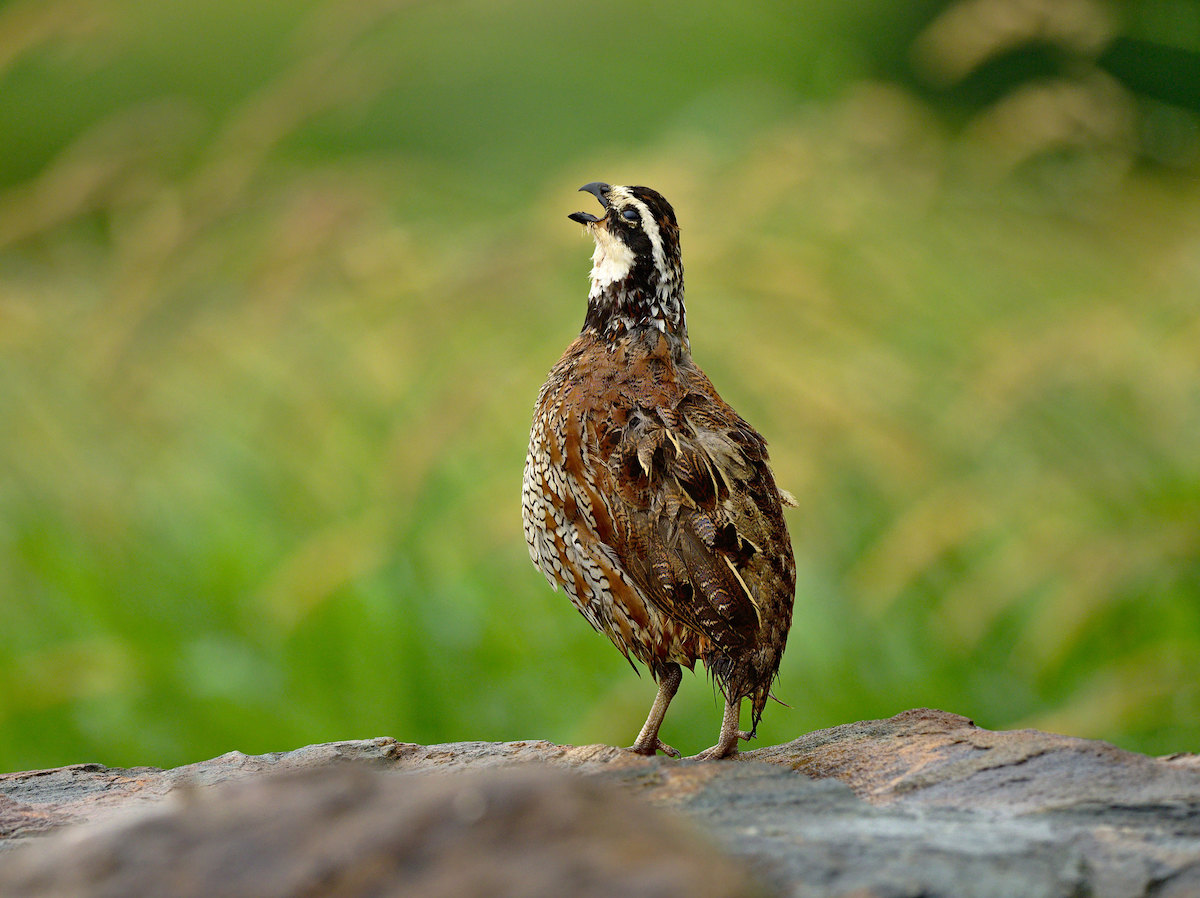 Many Arkansans likely grew up hearing the iconic “bobwhite” call of quail birds. The northern bobwhite quail was prolific in the state until, in the 1960s, populations began to fall across the country, resulting in an estimated loss of most of the quail population. Fortunately, groups are taking measures to restore habitat and increase populations of quail in The Natural State. Although a generation has mostly missed out on the experience of a thriving bobwhite population, Arkansas is taking steps to reverse that for future generations.

Quail live throughout the United States, so it’s not surprising that quail hunting was a popular national pastime that appealed to both the elite and the poor. From well-organized plantation hunts with walking horses and quality bird dogs to a farm boy with a rifle and a mutt, bobwhite hunting was the most popular hunting sport throughout the 1900s. But beginning in the 1980s and possibly even earlier, quail populations across Arkansas dramatically disappeared.

While overhunting was considered a possible factor in the disappearance of bobwhites, scientists and biologists believe the loss of habitat, primarily due to changes in farming practices, is more to blame. Following World War II, quail populations in the U.S. actually boomed. As farmers returned from war and got back to their fields clear-cutting trees and brush that had grown up in their absence, they not only prepped their fields to be farmed, but the brushy edges they left behind created an ideal quail habitat.

Photo by Matt Tillett, CC by SA 2.0 via Flickr.

But quail are picky. If the land is too clear or too grown over, their populations tend to disappear again. In the 1980s, farming practices changed in favor of “clean farming,” and farmers began to clear away the brushy edges of their fields, bringing their farmland right up to the edge of the trees.

That is when Arkansas saw the steepest decline of quail.

In 2016, the National Bobwhite Conservation Initiative was formed. Twenty-five states, including Arkansas, combined the resources of state fish and wildlife organizations, federal agencies like U.S. Fish and Wildlife, conservation organizations and research institutes to formulate a plan to restore the quail to their original glory. The Arkansas Game and Fish Commission, U.S. Fish and Wildlife, The Nature Conservancy, the Arkansas Natural Heritage Commission, Quail Forever and other organizations are cooperating on the effort to support an environment that will allow the birds to thrive. The organizations’ efforts extend beyond the boundaries of state and federal land as they work with private landowners to create habitat supportive of bobwhite populations.

For their living conditions, the fastidious quail prefer early successional habitat, a natural environment created when forestland is allowed to take over. When left unmaintained, grassland becomes an old field, old fields become young forests, and young forests become mature. The goal of these partnering agencies to create and maintain this type of habitat is also ideal for other animals in Arkansas, including early pollinators like bees and butterflies.

Quail thrive in areas with tree cover, emerging native grasses, loose brush and open shrubbery. For these early successional habitats to be maintained, the brush must be regularly disked, cut, control-burned or disturbed in some way. Otherwise, the cover gets too thick and quail and early pollinators, once thriving, will die off.

Habitat restoration and maintenance work are being done across the state. Crossett indicated that Fish and Wildlife is installing about 210 acres of grassland tracks in margin land that borders waterfowl impoundments in the Cache River National Wildlife Refuge. The organization is also partnering with Natural Resources Conservation Service in Arkansas to produce better habitat in 500 acres of Wetland Reserve Project land tracts. The Nature Conservancy is hosting controlled burns, and the Arkansas Natural Heritage Commission is helping to clean seed and provide native seed for the burned areas.

Arkansas Game and Fish conducts regular population surveys and has developed a monthly plan to help guide restoration of habitat. The commission also works closely with private landowners to promote restoration and management plans with the hopes of raising the native quail populations to levels not seen in over 70 years.

When the J.B. and Johnelle Hunt Family Ozark Highland Nature Center opens in Springdale later this year, visitors will get an education on the plight of the quail. Guests at the center will be able to view the types of habitat that quail need to thrive and experience an indoor exhibit set to contain six-foot blades of grass, allowing them to experience habitat land from a “quails-eye-view.” Twenty-five acres of the outside property will be designated as a quail restoration area, perhaps allowing current generations to capture the call of bobwhite after all.

Cover photo by Andrew Weitzel, CC by SA 2.0 via Flickr.

3 responses to “Where Have All the Bobwhite Gone?”