Taylor’s Steakhouse is as Good as Ever 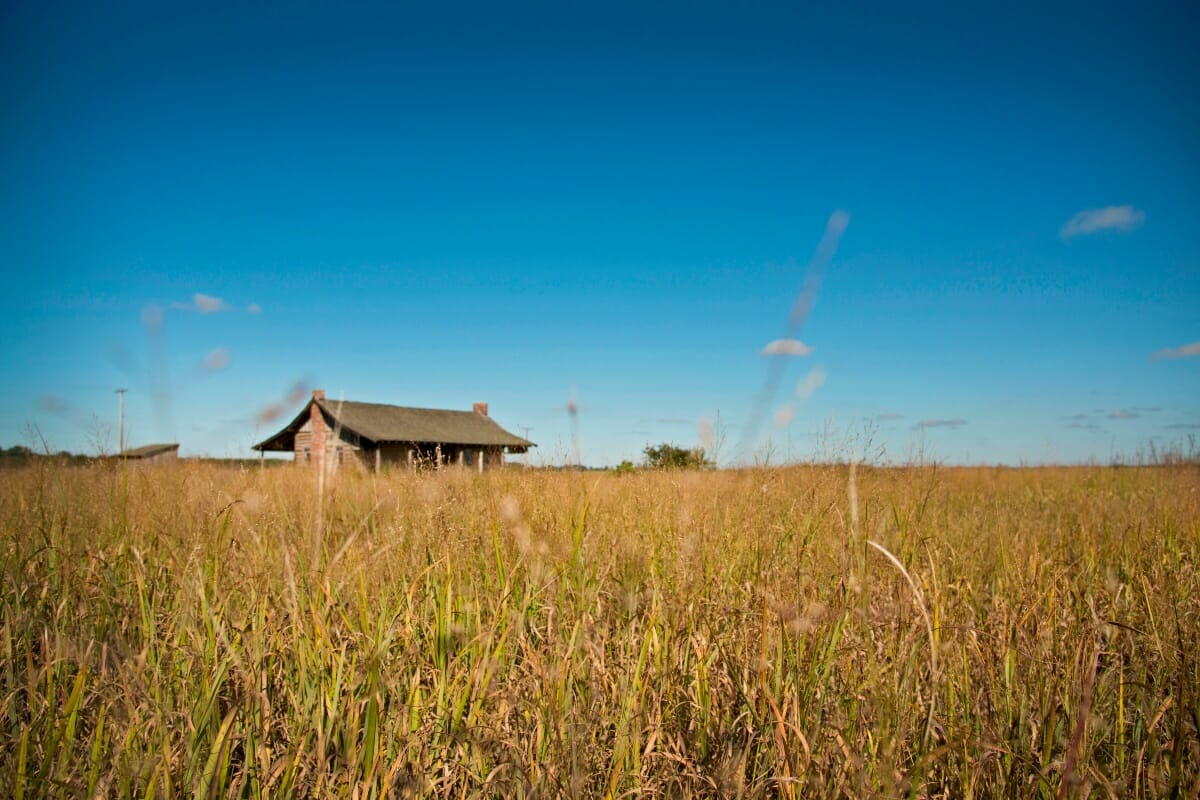 The history of Arkansas as a state begins years before that state was formally established in 1836 and fittingly begins along the Arkansas and Mississippi Rivers. The first European settlement in Arkansas was located at the juncture of these two vital waterways. The Italian born Frenchman Henri de Tonti received land along the rivers in return for his service to French explorer René-Robert Cavelier, Sieur de La Salle, whom he accompanied down the Mississippi River in 1682 in search of a water route to the Gulf of Mexico. The Frenchmen wanted to establish a trading post midway between Illinois and the Gulf of Mexico. The settlement was called Poste de Arkansas, or Arkansas Post.

De Tonti had a good relationship with the Quapaw, the Native Americans who lived on the land, and reached an agreement to build Arkansas Post. The Quapaw wanted to deepen their trade with the French and proved invaluable in keeping the post secure. The post eventually grew into a trade center for the Quapaw, Caddo, Osage and Chickasaw, as well as the French. In 1749, it was attacked by the Chickasaw, who were in a war with the French. Though the post wasn’t destroyed, it was moved farther inland to protect the settlement. The post would move several more times in response to wars and flooding. The Spanish took over the post in 1783, then the U.S. took possession in 1804.

Arkansas became a U.S. territory in 1819 with Arkansas Post as its capital and center of business. However, with settlers flooding into the state to the west, north and southwest, the population shifted and Little Rock became the capital in 1821. Arkansas Post’s influence diminished rapidly, although it did briefly serve as an outpost for the Confederate army during the Civil War. Union troops attacked Arkansas Post on January 11, 1863, and completely destroyed the post and its surrounding homesteads.

Arkansas Post has been commemorated in two different ways. First, the old trading center was made into an Arkansas State Park in 1929 and operated in this way until 1960, when it was made into a National Memorial. The Grand Prairie Historical Society formed in 1953. The society is “dedicated to promoting preservation and education of the regional heritage of Arkansas’s Grand Prairie.” They “were instrumental in the elevation of the original Arkansas Post State Park to national memorial status in 1960” (Grand Prairie Historical Society). The site of Arkansas Post National Memorial is seven miles south of Gillett. The National Memorial has a museum and visitor’s center with information over the Arkansas Post’s history and is surrounded by two miles of trails, where visitors can take self-guided tours around the old site.

After completing that task, the Society felt it was important to establish a new museum dedicated to the history surrounding Arkansas Post. They purchased two acres of property merely two miles away from Arkansas Post National Memorial and founded Arkansas Post County Museum, one of the first county museums in Arkansas.

The mission of the museum is to “engage diverse audiences in the cultural and biological heritage of the Arkansas Delta, with an emphasis on the Grand Prairie.” (Arkansasstateparks.com) The Grand Prairie is part of the Mississippi Delta plain in eastern Arkansas and western Mississippi. This subregion of the Delta is classified by a deep layer of clay that lies beneath the topsoil. The clay makes it difficult for the roots of trees to penetrate. During the days of Arkansas Post, the Grand Prairie would have appeared in just that sense, as a vast prairie with no trees to mar the skyline. When naturalist Thomas Nuttall visited the region in 1819, he wrote in his “Journal of Travels into the Arkansas Territory during the Year 1819” that the 900,000-plus acres spanning this part of the Delta had the potential to be “truly inexhaustible.” (Encyclopedia of Arkansas – Grand Prairie)

Originally, the land was used for hunting, especially duck hunting, and grazing cattle. Once it was discovered the soil’s clay layer was perfect for trapping large amounts of water on the surface, large scale rice cultivation began and the Grand Prairie was plowed to make way for this lucrative industry. Though the surface no longer shows the waving prairie grass, the Grand Prairie Historical Society is determined to preserve the history of the region.

The new county museum built four buildings to mimic the look of the seat of government at Arkansas Post in 1821. A main house, a summer kitchen, a carriage house and an office building all maintained the look while displaying artifacts and exhibits detailing life on the Grand Prairie as settlers. The main house at the entrance to the park contains a visitor’s center with information on the other buildings, trails and park programming. The summer kitchen holds a large fireplace and utensils to show how settlers would have prepared meals. The kitchen is a separate building, as was customary at the time.

The park is also home to the Refeld-Hinman log cabin. The log cabin was built in 1877 as a home, then relocated to serve as the Arkansas Post State Park headquarters. In 1967, it was moved again to its current location in Arkansas Post Museum State Park. It showcases the lifestyle at the time of its construction in 1877. The largest building on the property is the Peterson building, which houses most of the collection of artifacts from military uniforms to vintage toys and even a display of a general store. An interesting addition to the Peterson Building is the playhouse, which was built by state representative Grover C. Carnes for his young daughter. The 1930s playhouse contains the most modern amenities of the time, including electricity.

In 1997, the Arkansas Department of Parks and Tourism took over operation of the museum and it became Arkansas Post Museum State Park. The Parks Department initiated a Grand Prairie restoration project on the land, in partnership with Natural Resources Conservation Service and Arkansas Natural Heritage Commission. They planted four types of grasses native to the Grand Prairie and native wildflowers in an effort to gain back some of the natural beauty lost when the Grand Prairie was plowed and farmed. From the garden, you can look across the native grasses to the log cabin and imagine what Arkansas Post must have looked like when it served as the outpost in the wilderness that Henri de Tonti and La Salle founded so long ago.

Arkansas Post Museum is located off of Arkansas Highway 165 only six miles from Gillett. Find out more at arkansasstateparks.com

Photos courtesy of Arkansas Department of Parks and Tourism and used with permission.