Gotahold Brewing is Pot of Gold in Eureka Springs 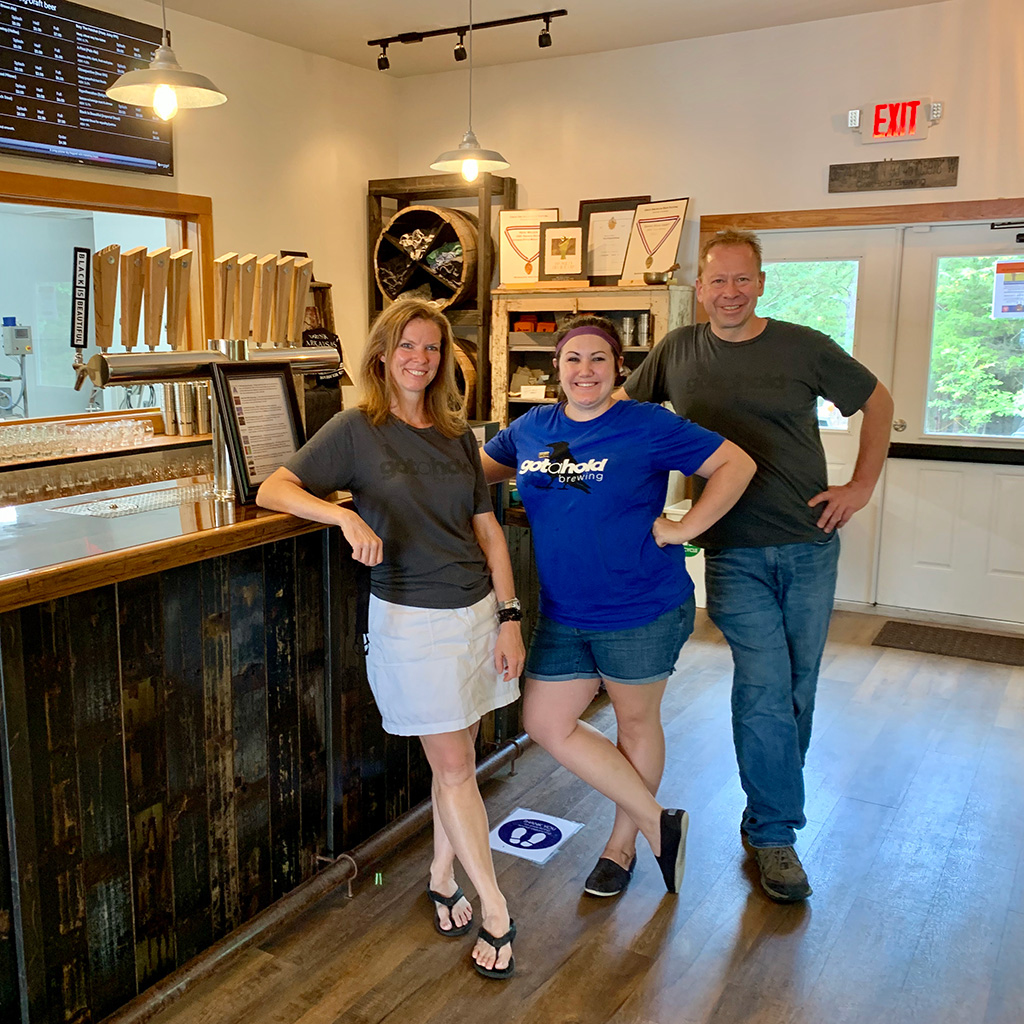 Eureka Springs has long been known for its Victorian architecture, downtown shopping, and bohemian vibe. It has been a popular tourist destination for decades.

Now, for fans of Arkansas beer, there’s a new reason to make the trek to Eureka.

Gotahold Brewing opened on July 2 at 409 W. Van Buren, making it the second brewery in town (the first being Eureka Springs Brewery).

The owners and operators of Gotahold — Dave and Wendy Reese Hartmann — are new to Eureka, but are not strangers to the brewing industry. Here is some of their story.

While there, the native Long Islander learned to brew from a professor. Though he enjoyed his engineering curriculum, Dave fell head over heels for beer and decided to make it a career.

“At the time, craft breweries were just starting to pop up,” he said. “There was one called Long Trail [Brewing Co.] in Vermont, where I managed to talk my way into a job.”

After a year and a half at Long Trail, Dave determined he needed a formal brewing education and enrolled at the University of California, Davis. There he studied brewing science under Dr. Michael Lewis, perhaps the most renowned brewing educator in modern times.

After completing his studies, Dave worked at breweries in California, Wisconsin, and New York.

His most memorable experience, however, was working for a “family” brewery in Germany.

“Our family is from Germany, and we were doing some research, trying to figure out where we came from,” said Dave. “The best we can tell our family immigrated to the U.S. from northern Bavaria in the 1880s. There’s a brewery there called Hartmann brewery. If anything, they’re very distant [relatives].”

Just like he had done to gain his first job at Long Trail, Dave talked his way into a job in Deutschland.

“I went over there and more or less said, ‘Uncle, I’m back from America!’”

Smitten with the young American on their doorstep, the Germans put Dave to work. He spent the next year brewing at Brauerei-Gasthof Hartmann — which also serves as an inn — three days each week, traveling throughout Bavaria on his days off.

Dave’s brewing career came full circle when he returned to Long Trail Brewing Co. in 2009, this time as brewmaster. Under his leadership the brewery’s output grew to nearly 150,000 barrels per year. But more importantly, it’s where he met Wendy.