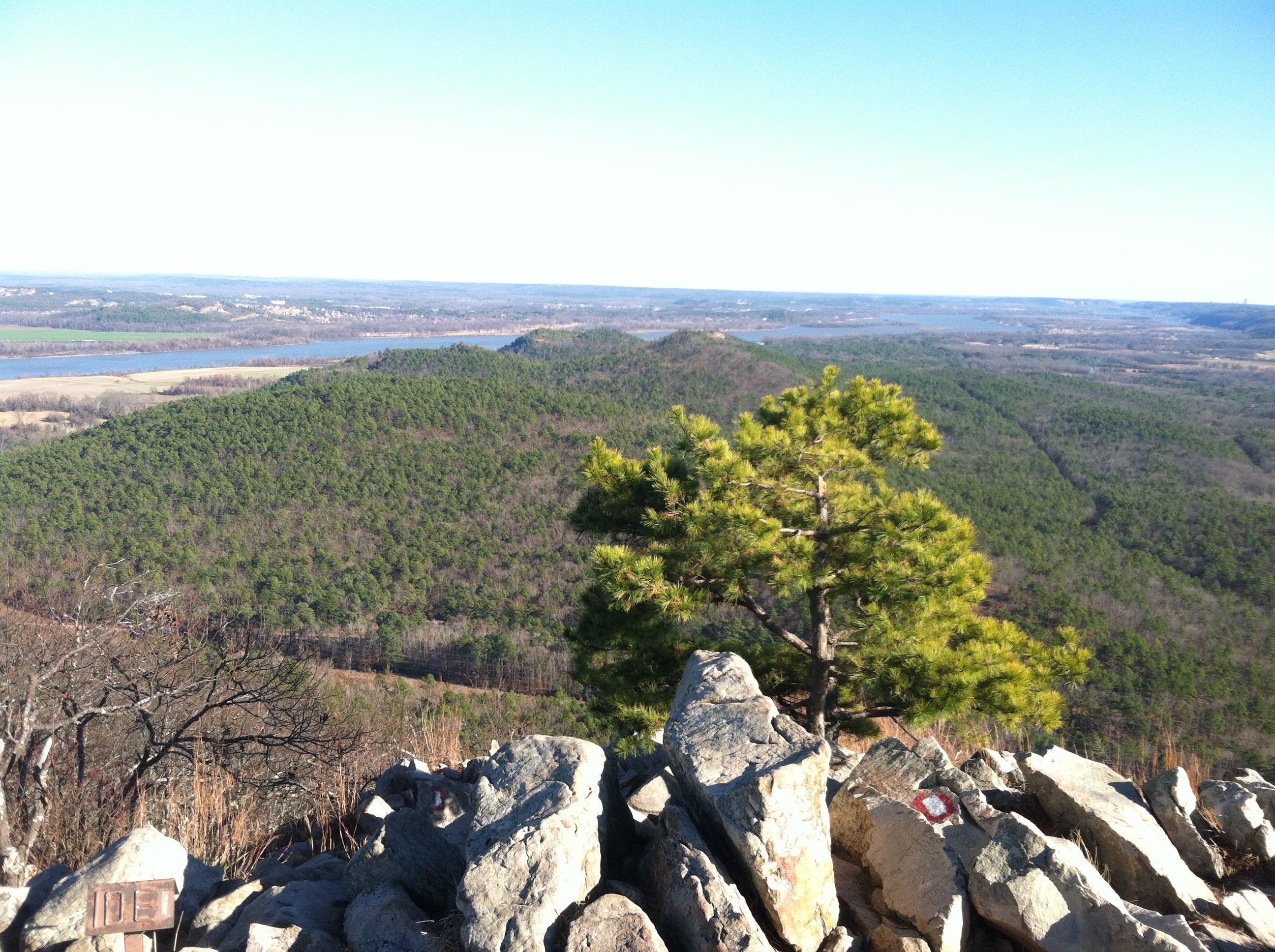 As we approached the park, the mountain was visible in the distance. It looked like a picturesque conical mountain, creating a striking skyline over the Arkansas River and Lake Maumelle. Parking was scarce, and we found scores of people, and their dogs, already on the mountain creating traffic jams on the indicated paths. Many hikers decided to blaze their own trails over the leaf covered loose rocks in order to avoid the clogged paths. The mountain looked like the site of a ritualistic climb on which we were all pilgrims scurrying up to pay homage to the peak, usually with a ubiquitous selfie. Up the mountain, and then right back down.

Except it wasn’t so easy for me. Steps formed from arranged rocks gave way to large boulders and smaller shaky stones over which we scrambled. I struggled to gain traction on the rocks worn smooth by so many feet. I was hot in my cardigan, my unbound hair blew everywhere, and I had difficulty climbing over big rocks in my skinny jeans. I hadn’t known about the unofficial dress code—nearly every other young woman there was dressed in leggings, an oversized t-shirt, and sneakers. I felt like I stood out.

I quickly fell behind my companions. Ahead of me, I overheard my brother-in-law, Aaron, inquire pointedly of my husband, “I thought she worked out?” Speed runners dashed up and down the rocks like goats, and I passed a septuagenarian woman steadily trekking with some help from her attentive grandson. I even saw a group of children climbing a sharply angled edge of the mountain cliff, looking like monkeys as they used their hands to navigate the dangerously steep slope.

When at last I clambered onto the summit, I was met with an astonishing panoramic vista from my privileged vantage point: rivers and bridges, mountains and forests, and a marbled winter sky. While at first I had focused on my fatigue and sense of failure, the view from the top brought my attention to the success of nature. It was a reward worth sweating and toiling after, something hundreds of other people recognized that day, and none of us stood out as we stood awestruck at the summit.