Heston Kjerstad Is Ready to Take Flight in Baltimore 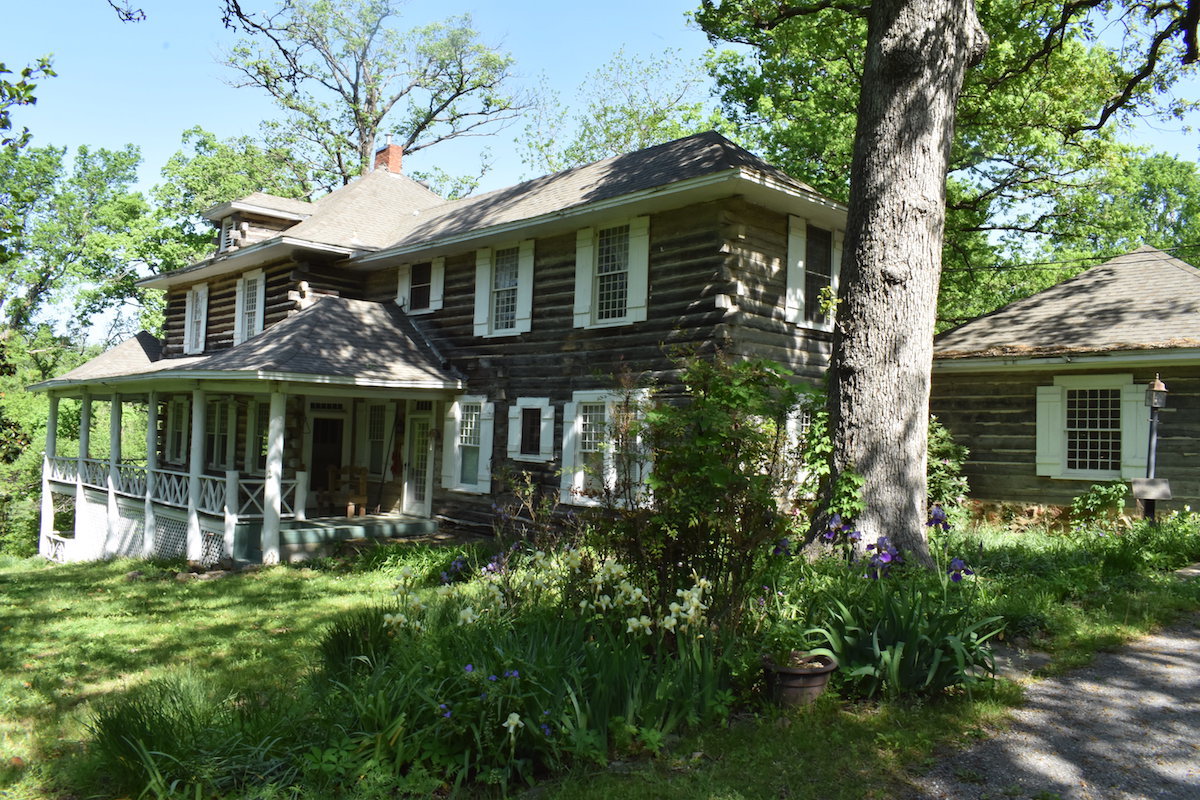 One winter day while walking around J.B. Hunt Park in Springdale, I decided to veer off my usual route. I didn’t think much of having to traverse a bit of grass to reach the recently completed blacktop trail until after walking a bit, I looked up and saw a house. I stopped in my tracks and contemplated the sight before me. The same oak and catalpa trees that populate the park stood guard around the house. It was hard to see if the home was occupied or not so I turned heel and headed back toward the park where I could be confident that I would not be trespassing.

My interest in the estate did not stop there. While driving along Silent Grove Road from time to time I would steal glances of the two-story log home that was not altogether hidden by its protective tree sentries. I noticed a tree-lined drive with a gate, and the occasional patrol car parked there in hopes of stopping a speeding car, but not much activity otherwise. I began to assume it was abandoned. After some research, I came to find out that it was sometimes used as a meeting place for city officials, but otherwise uninhabited.

Some time went by before I was brave enough to venture up the path to the home again. It still felt like trespassing. Nevertheless, I persisted, and the next time I walked up, I saw a sign. No, no, it was an actual sign declaring that the property is listed on the National Register of Historic Places. The sign emboldened me to continue walking around the home, even though by now I was well off the path that led me there. I walked down some stone steps at the back of the house to find a clear spring feeding into a creek. Then, as I explored more of the grounds, I discovered a barn and another outbuilding. Both had signs declaring “Keep Out,” and as you can probably guess, I obeyed. The orange netting cordoning off parts of the veranda was stepped over, however.

The estate that I happened upon is Rabbit Foot Lodge, built for Dr. Charles F. Perkins and Edith Clark Perkins in 1908. This Ozark mansion, as some have called it, is made of logs and stone that were gathered from the property itself. The use of native building materials is what makes the home part of the “Return to Nature” movement, as well as an excellent example of Adirondack style architecture in Arkansas. The exact architectural style is not that straightforward, though, since this unique home also features a series of pyramidal roofs which hearken to a Chinese teahouse.

Dr. Perkins and his wife purchased the 100-acre homestead when they moved from Chicago where he had been a surgeon. While he practiced medicine “in town” after relocating to Springdale, he also raised cattle on the estate. The creek that flows below the home is Dancing Rabbit Creek, a tributary of Spring Creek. It is said that the Perkins named Rabbit Foot Lodge after the creek that at one time was the source of water for all of Springdale.

Perkins was not the only inhabitant of Rabbit Foot Lodge to raise cattle. J. William Fulbright purchased the property in 1934 and raised white-faced Herefords and Angus cattle in addition to his duties as a law professor and later president of the University of Arkansas. The most notable owner of Rabbit Foot Lodge, Fulbright went on to become a US senator. During his time at the estate, he made many improvements to the home including damming the creek to create a swimming hole, having the stone steps put into place that leads down to the creek and adding a furnace and plumbing. In 1946 Fulbright sold the estate and relocated his family to Washington, but it was clear that Rabbit Foot Lodge was a special place for him. He later said in a letter, “I spent some of the finest days of my life in that beautiful and interesting house.”

Over the years the home has gone through more changes including updating the kitchen and bathrooms as other families came and moved on. Still, the original exterior logs, windows and interior doors remain. The home was added to the National Register of Historic Places in 1986. In 2014, the estate was purchased by the City of Springdale with assistance from Johnelle Hunt who contributed half a million dollars to the purchase price. At that time, the home and the surrounding acreage was incorporated into J.B. Hunt Park.

At the beginning of 2018, the Springdale city council discussed a proposed renovation of Rabbit Foot Lodge. Many of the logs are water damaged, and the roof and veranda are also in need of repairs. In order to complete these repairs, as well as take on a project that would make the property accessible in compliance with the Americans with Disabilities Act, the city has applied for Historic Preservation Grants from the National Park Service.

Do hidden treasures await at the end of every new path one decides to travel? Certainly not. But as luck would have it, the path I chose that winter day led me to this intriguing estate hidden away behind a grove of trees.

To find this gem for yourself, there’s no need for a rabbit’s foot or any other talisman. Just take the Wagon Wheel exit off Interstate 49 and head east on Wagon Wheel Road. Go through the stoplight at the 40th Street intersection. Turn right onto Silent Grove Road at the next light. Follow the road past Hunt Elementary and turn left onto Pump Station Road. Park in the parking lot on the right. Follow the Razorback Greenway over Spring Creek and around to Lake Springdale. Follow the signs to Rabbit Foot Lodge. At the top of the hill turn right on the path and continue walking until you see a blacktop trail running parallel to the path. Follow the blacktop trail up the hill until you see the house.

A little about Julianne Thompson.

Arkansas Women Bloggers member Julianne Thompson is a copywriter with a background in fashion, advertising and retail making her home in Northwest Arkansas. After living in 5 different Arkansas towns in the past 8 years (not to mention the 4 states before that), she has (mostly) stopped wondering where she will move to next. She blogs as she finds her bearings in her new community and in the ever changing landscape that is raising a toddler. Though she still loves maxi skirts and wedges, her interests have expanded to include holistic parenting, wholesome cooking, and natural and eco-conscious homemaking. When she is not writing, renovating her new (old) home with her husband, or reading Brown Bear, Brown Bear for the umpteenth time, she enjoys drinking copious amounts of coffee, organizing fundraisers, being crafty and trying to make time for all the hobbies she enjoyed B.T. (before toddler).

Secreted away beneath the waters of Beaver Lake in Northwest Arkansas lie...

Tucked away in uptown Fayetteville is a lush little courtyard; an urban...

It is a big year for fringe, the 70s throwback trim and the chic boutique...