The Top Five Things to do at Blanchard Springs 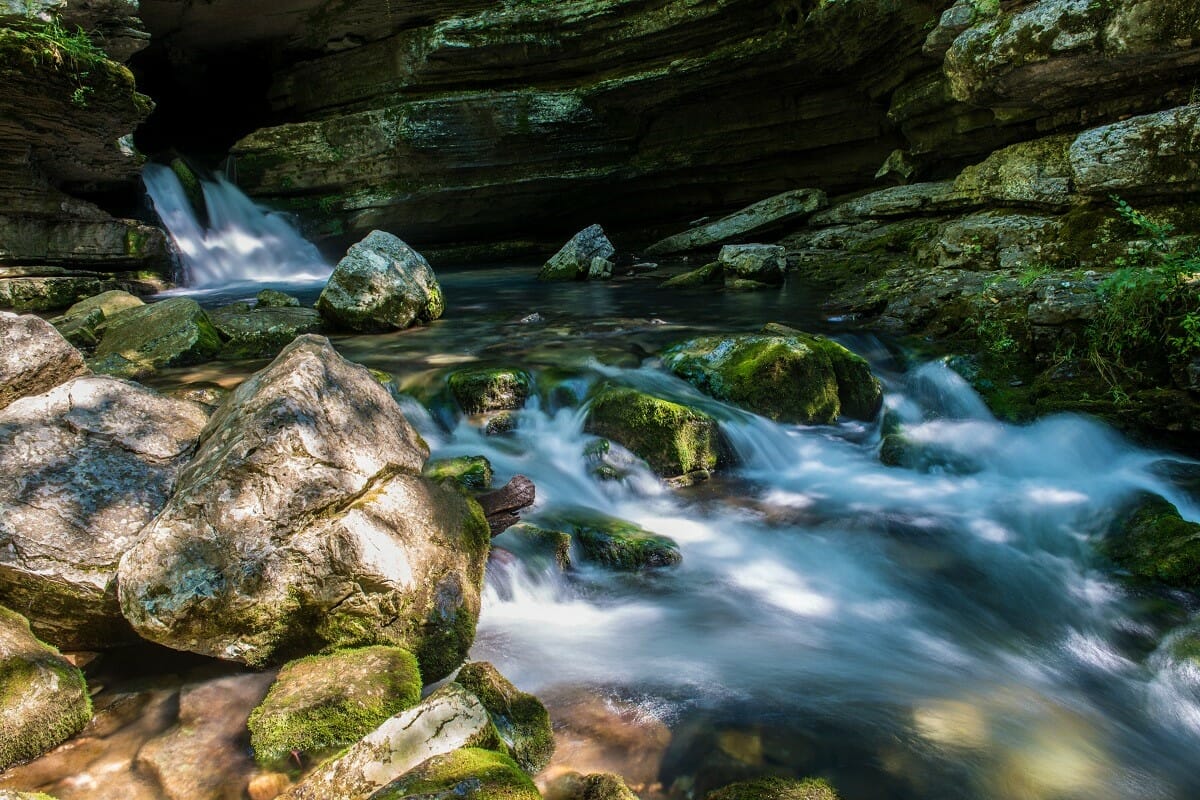 When you reside in Stone County Arkansas, Blanchard Springs is a cornerstone for great memories. My own memories run the gamut from family picnics to the time my close friend thought he saw a monster in the woods and we all ran screaming into the forest. There was no monster, but we still enjoy telling the tale.

I grew up camping at Blanchard, with Mom and Dad setting up colored owl lights on the awning of our trailer. My best friend got married at the amphitheater on a beautiful fall day and I helped decorate the tables with pumpkins. During the summers, my high school friends and I swam in the creeks and tanned on the banks (oh, what I wouldn’t give to have a time machine and shoo us out of those UV rays). During elementary school, my class toured the caves, awed by the underground worlds below us.

When most Arkansans think of Blanchard, they automatically think of the cave systems. As well they should. The caves at Blanchard Springs are spectacular. But in truth, there is as much to do above ground as there is below. Today we’ll explore the top five activities at Blanchard Springs, a park possessing the most stunning beauty our state has to offer.

Wait, didn’t I just say there’s as much to do above ground as below? Yes. Most definitely. But one cannot write about Blanchard Springs without mentioning its extensive cave system. Visitors will see “living” caves where beautifully lighted rooms house stalactites, stalagmites, columns and flowstones that are still changing with time. The Dripstone Trail Tour is the easiest of the three options available to visitors with wide sidewalks and guard rails. The Discovery Trail Cavern Tour is more strenuous at over a mile and 700 steps. This trail follows water-carved passages and massive rooms, following in the footsteps of some of Blanchard’s earliest explorers. The third and last option is the Wild Cave Tour, which involves exploring undeveloped parts of the caves. This tour is for the adventure-minded tourist who is in good physical shape and in possession of a sturdy pair of hiking boots.

Before leaving the caverns, be sure to check out the Gift Shop in the Visitor Center where you can watch a movie about the caverns and purchase locally made soaps, books on the Ozarks, and maybe a crystal or two.

My best summer memories revolve around camping with my family and swimming in Blanchard Creek. There are two swimming areas with beaches, in addition to hot showers and bathrooms. The campsites are open year-round, and there are many locations to choose from. Group camping is available near the amphitheater, and the lower campground has 14 creekside camping sites with restrooms and showers. All the sites have their own tables and fire pits, although there is no electricity or running water. But as my father would say, “What? We’re camping, not staying at a hotel!”

This is one of the highest bluffs in the Ozarks, and a cavity at the base allows you to walk underneath the bluff. A footpath runs along the base to the Amphitheater (where my best friend got married). Many music programs have been presented here, dating back to the 1941 Stone County Folkways Festival. This was the first Folk Festival in Stone County. According to old documentation, Sarah Rorie received an award for being the oldest person in attendance (she was in her mid 90’s at the time). She also came in second in the hog-calling contest. I, for one, would loved to have experienced the hog-calling acoustics of Sandfield Bluff.

There is a wide stone trail path where visitors can walk deep into the woods and see where Blanchard Springs spills out of the cave. A short flight of steps leads down to the water, and on a hot summer day, the cool cave-mountain air rushing over your face is a refreshing treat. Blanchard Spring then forms Blanchard Creek, which goes on to fill Mirror Lake, which then flows into North Sylamore Creek.

Mirror Lake is accessible by boardwalk and stairs. The water is a beautiful deep turquoise due to mineral deposits from the nearby springs and caves.  The lake is stocked with rainbow trout and is a picturesque place to spend an afternoon fishing in the Ozarks.

One hundred fifty feet from the lake is the site of an old grist mill originally built by John Blanchard. Blanchard came from Kentucky after the Civil War in search of peace and solitude, and he no doubt found it in the secluded canyon of Blanchard Springs. His mill was replaced by Steve Mitchell’s mill in 1900, which operated until 1928. The Civilian Conservation Corp planned to restore the mill to operating condition, but World War II put an end to their plans. The walls have been stabilized to slow the deterioration.

There are numerous opportunities for hiking enthusiasts at Blanchard Springs. The Accessible Trail is an easy, smooth walk. It’s paved, with benches along the way, and is wheelchair and stroller accessible. The casual hiker can bird watch and observe the flora and fauna of the Ozark forest. Spring Trail begins at the Visitor Center and runs along Blanchard Creek and Mirror Lake. It’s an easy 1.5 mile hike and at the waterfall it drops below the dam area.

For more information on Blanchard Springs, the caves, and The Ozark National Forrest, check out their website.