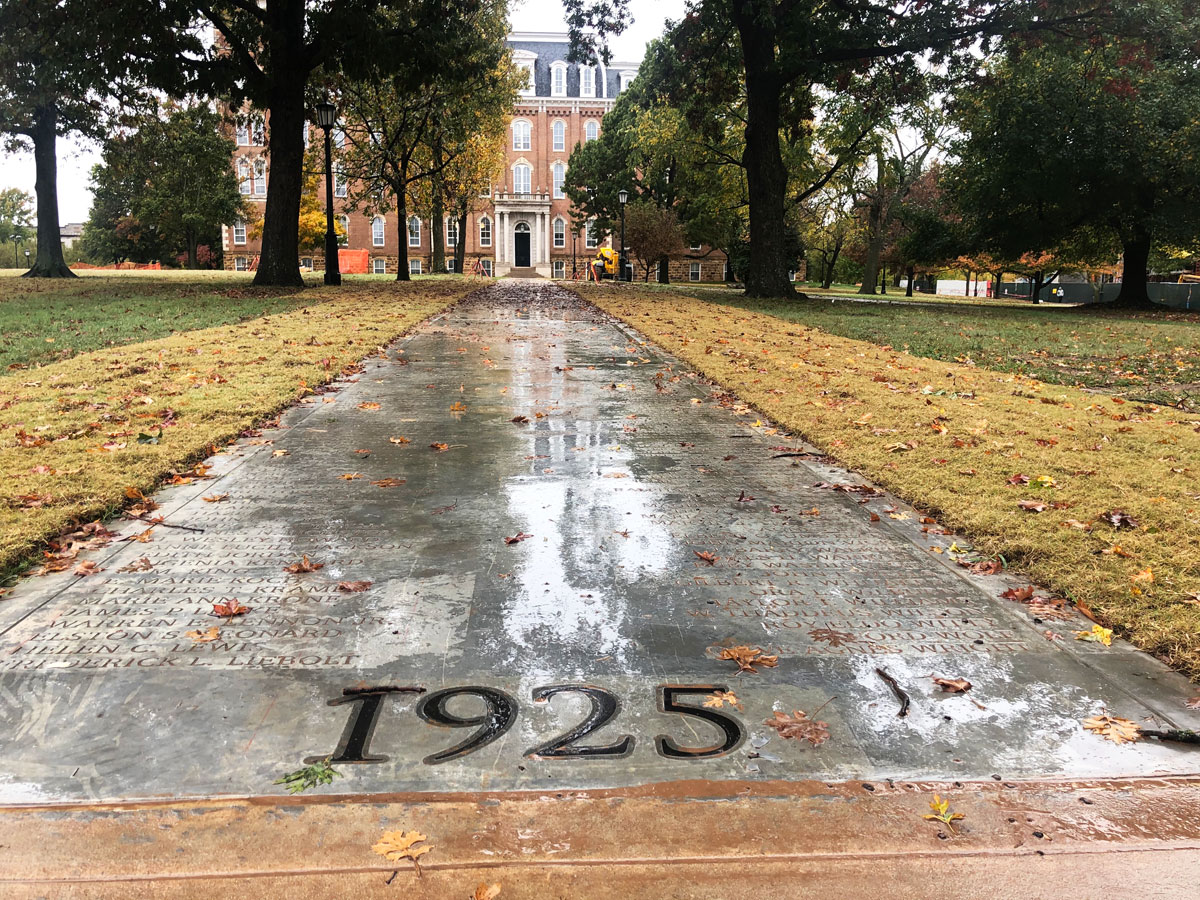 One of the most revered stretches of concrete in the state of Arkansas has received a makeover.

UA officials recently announced that the concrete area containing the first 50 years of their Senior Walk bearing the names of all the Arkansas graduates since the school was founded in 1876 until 1925 has been restored and replaced in front of Old Main on campus.

The replacement became necessary, officials said, after UA facilities management began tracking the deterioration of the sidewalk in 2013, which they said has been weakening at an accelerated level in recent years. The damaged walk was creating safety and accessibility issues for students on campus, and the names on the walk were beginning to fade to the point of being illegible.

The new walk, funded in part by an Arkansas Natural and Cultural Resources Council (ANCRC) grant awarded in 2019, was built with high-grade monumental concrete, reinforced with steel bars. The concrete and materials chosen for the project are monument-grade, and are designed to last, officials said.

Sections of the original walk have been salvaged and will hang in a future exhibit in Old Main to highlight the history of the Senior Walk.

“This was an important project that required a thoughtful approach,” said Mike Johnson, associate vice chancellor for Facilities Management. “It was essential for us to honor the history of Senior Walk and Old Main while also creating a safe environment. We’re really happy with the result and believe the campus will be too.”

The University of Arkansas was established by the Arkansas legislature in 1871, and the first students attended class at the UA that next year, in 1872. The first graduates of the UA were from the 1876 class.

By all accounts, however, it was the 1905 class that was the first to actually engrave their names into the sidewalk on campus, and the earlier classes were added later.

The Old Main Plaza was also replaced as part of the project, and the new sandstone plaza connects to the senior walk with a granite piece that pays tribute to the class of 1905 that created the tradition.

In addition to the renovation of the senior walk and Old Main plaza, another campus tradition received repairs recently.