Jackson and Woodruff Counties are part of Arkansas’s Delta region. While they continue to play essential roles in Arkansas’s agriculture industries, both counties always fell a step behind when it came to rising to the top of the list of Arkansas’s most thriving communities. The position of Newport, Jacksonport and Augusta along the banks of the White River had each city poised for greatness until the steamboat and shipping industries gave way to the railroad, and industry shifted to other areas of the state.

Newport was also the home of Sam Walton’s first Ben Franklin Variety Store. When Walton tried to renew the lease, the property owner refused. In another blow to Newport that wouldn’t be realized until much later, Walton relocated his family and his business, which he built into the Walmart empire, to Bentonville.

Still, the people of Jackson and Woodruff Counties are resilient. Today, thanks in part to some innovative and hardworking business owners, farmers and community leaders, Newport, Augusta and the surrounding communities have survived and continue to thrive despite their challenges. Several points of interest, from unique museums to top-quality restaurants, warrant visits.

Held during the first weekend of June each year, the Delta Arts Festival is four festivals in one. Through The Delta Visual Arts Show, the Delta Festival of Books, the Delta Musicians Showcase, and the Delta Silver Screen Film Festival, the goal is to celebrate art, literature, music and film in the region and inspire a new generation of musicians, authors, filmmakers, and artists through a variety of workshops, displays and concerts.

Open on weekdays, the Rock and Roll Highway 67 Museum celebrates musical greats and explores the local influence that played a part in creating the musical genre known as Rock and Roll. Exhibits highlight Elvis Presley’s four tours through Jackson County and the nightclubs, juke joints and roadhouses in the area that provided venues for touring rock and roll artists throughout the 50s and 60s.

Jacksonport State Park is located just outside Newport and was poised to be one of the most significant communities along the White River and a central hub of industry and trade. When the shipping industry began to fade and the railroad became king, a few poor decisions led to the ultimate demise of the Jacksonport community. The state park preserves its memory through a series of well-put-together exhibits and displays. Visit the original courthouse, learn about the oyster and pearl industry the community was founded on and camp along the banks of the White River. A great spot to picnic!

In the former Newport Post Office building constructed in 1915, Postmaster Spirits is a popular local bar and pub in downtown Newport. Whether you are looking for some distilled goodness or a fantastic bite to eat, Ross Jones, his wife Lua and their family will take good care of you. Here you’ll discover everything from incredible desserts to nightly meal specials and cocktails that will knock your socks off.

The Tamale Factory is an unassuming restaurant attached to a horse barn located amongst the agricultural fields of Woodruff County. Just outside of Augusta, this sister restaurant to Doe’s Eat Place in Little Rock serves up some of the best steaks, catfish, and tamales in the state. Call for reservations as tables fill up quickly on the weekends. 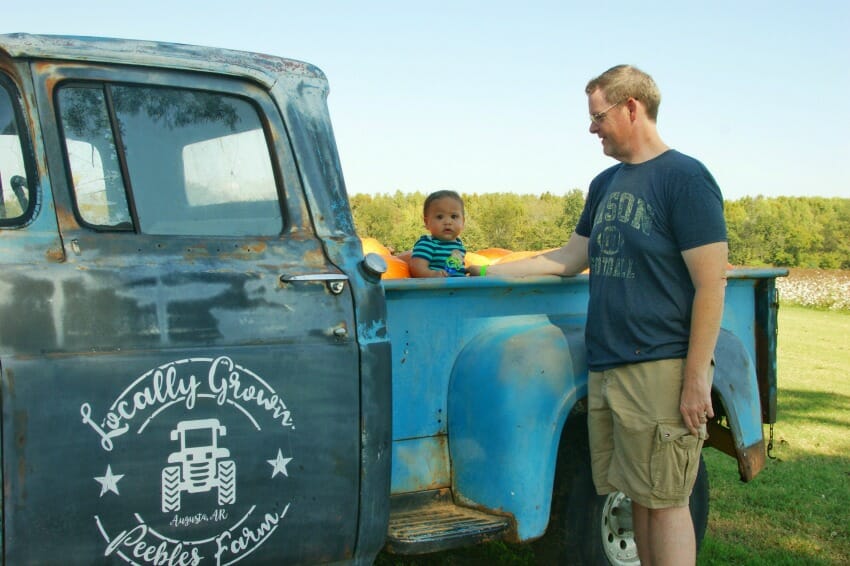 In the fall, a trip to Peeble’s Farm is a must. The farm offers fun activities for the whole family, from hayrides to zip lines to corn mazes and corn cannons. Younger kids will love the petting zoo, duck races and big wheel bikes, while older kids will love the hamster cages, basketball and the giant slide. Everyone will enjoy roasting marshmallows over the open fire and picking out the perfect pumpkin.

Jackson and Woodruff Counties are high on the list for duck hunting and fishing. Having the right equipment is the first step in any hunter’s journey, and Mighty White Marine offers exactly what you need. Located in Augusta near the banks of the White River, Mighty White sells and services boats and offers aluminum fabrication, custom paint jobs, and camo wraps. They can hook you up with the latest boat technology and are trained to service your boat when things don’t go as planned.

The 213-mile Cache River and the Cache River National Wildlife Refuge passes through some of the more remote areas of Jackson and Woodruff counties and provides crucial habitat for waterfowl, bear and other wildlife. The refuge is designed to be used by the people and portions are available for hunting, fishing and boating. There are water trails for kayaking and canoeing, hiking trails and more. The visitor center is a great place to get started as you explore the valuable resources of the Cache River.

0
0
Behind The Scenes of an Arkansas Holiday Light Display

Even if you aren’t a fan of the Holidays, there is something magical...