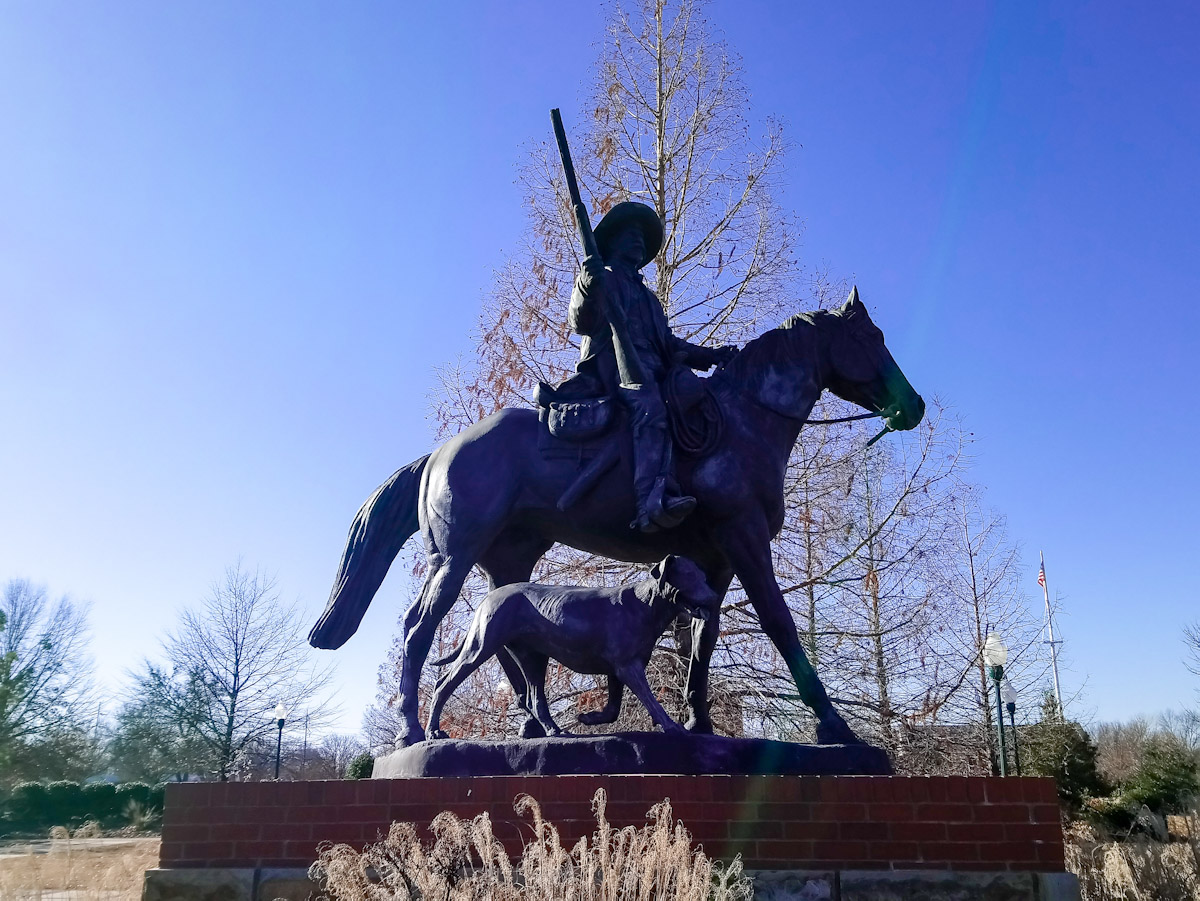 Bass Reeves was a long-time, faithful U.S. Marshal dedicated to keeping peace and ensuring that justice was brought to the Indian Territory.

In the late 19th century Fort Smith was a frontier town located on the eastern border of the Indian Territory. Fort Smith was home to the largest federal court jurisdiction in the United States, covering over 75,000 square miles. The area was a haven and a refuge for criminals. Judge Isaac C. Parker was given the task of cleaning up the territory by President Ulysses Grant in 1875.

Bass Reeves was one of the first of the deputies to be hired by Judge Parker’s court to become a U.S. Marshal. He was a former slave from Texas who, because of his 6-foot, 2-inch frame, was thought to have had superhuman strength. He was believed to have been the first black U.S. Deputy Marshal west of the Mississippi.

He quickly gained a reputation that matched his large size.  He could shoot a gun accurately with both hands, and people said he could whip any two men with his bare hands. During this time in history, the tribes of the Indian Territory had their own governments and courts. However, the tribes could not arrest white or black men who were not citizens of their tribes. That job belonged only to the deputy U.S. Marshal who worked in Fort Smith and was tasked with hunting down and arresting all lawbreakers, no matter to which nation they belonged.

Reeves had the reputation of being able to catch outlaws that other deputies couldn’t. The famous female outlaw Belle Starr was reported to have turned herself in when she found out Reeves had the warrant for her arrest. He arrested the likes of the notorious Seminole outlaw Greenleaf, broke up the Tom Story Gang, and even arrested his son for murder.

After serving 32 years under Judge Parker, in an interview, Marshal Reeves stated that he arrested over three thousand men and women who had broken federal laws in the Indian Territory.  There were many attempts on his life, but none were successful. Reeves was resourceful and would often work in disguise to get the information he needed to get his arrests. Since he was unable to read, he memorized all the warrants for every suspect he arrested for trial.

Bass Reeves was a long-time, faithful U.S. Marshal dedicated to keeping peace and ensuring that justice was brought to the Indian Territory. It is appropriate that this man who had such a key position in keeping Fort Smith safe would be commemorated with a bronze statue in Fort Smith’s Pendergraft Park.  It was designed by the sculptor Harold Holden and donations covered the $300,000 cost. The statue depicts Reeves riding a horse westward, as he no doubt did many times while serving as a U.S. Marshal.

One response to “Bass Reeves ~ From Slave to U.S. Marshal”