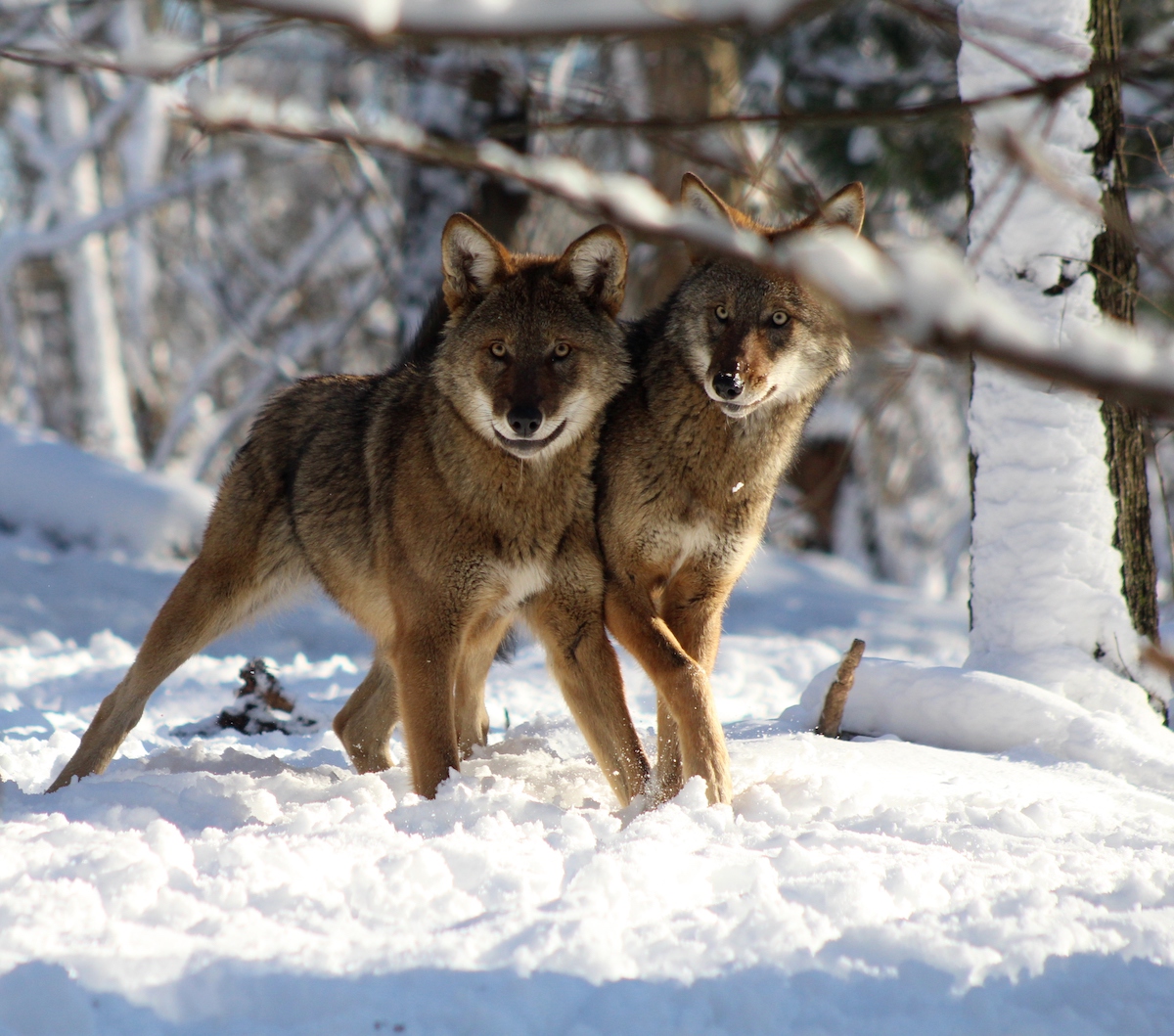 Most of us grew up with the stories of “Little Red Riding Hood” and the “Three Little Pigs” embedded as part of our childhoods. Both tales paint a wolf as the villain, and both created generations of children who grew up to fear wolves as predators. When Arkansas State University in Jonesboro chose the red wolf as its mascot in 2008, the decision was understandably met with resistance. But the animal’s selection represented more than a college campus and a few sports teams.

Arkansas State is the national repository for red wolves. Whenever one dies in captivity or the wild, its remains are sent to the school for processing so that researches can make informed decisions on how to best help revive the endangered status of the canine. The university hopes to go a step further and open a facility that can house four breeding pairs of wolves and one pair that will be on display to the public.

More Than A Mascot

The red wolf is considered a fierce and noble species that once inhabited Arkansas. The outlook for red wolves was more promising 12 years ago. But a quick downward spiral of the species led the century-old university to use the red wolf symbol as more than a mascot. It made the mission of saving the animal a cause the entire university stands behind. From their freshman experience class that teaches all incoming students about red wolves to the university’s partnership with the Endangered Wolf Center and the Red Wolf Coalition, the university is committed to seeing the rise of the wild red wolf population.

With only about a dozen remaining in the wild, saving this wolf means more than saving a single animal from extinction. It means saving a piece of American history, but it’s going to take more than a mascot to do that. That is why the university is working diligently to do their part.

Saving the red wolves will revive an American symbol that also happens to be the most critically endangered canine in the world. Across the Southeast, it could also mean we eliminate chronic wasting disease, decrease nuisance wild animal populations and improve game bird hunting. Saving the red wolf can also lead to unique ecotourism opportunities.

According to Defenders of Wildlife charity organization, more than 250,000 red and gray wolves once considered the lower 48 states their home. Throughout the 1800s and into the early 1900s, the benefits of wolves went largely unnoticed. The idea that wolves would eat children and livestock was perpetuated and wolves became fair game for anyone with a gun.

At a time when we should have been recognizing the species as an important American symbol, open-season was declared and hunters swooped in. As early as 1884, some states were offering rewards for wolf hides hoping to lure newcomers to their cities by announcing they were wolf-free.

Humans had interfered. It didn’t take long for the red wolf to face extinction, and in 1967 it was added to the endangered species list. Unfortunately, the animal’s wild population was utterly wiped out less than two years later.

Why Do We Need Red Wolves?

It is true that red wolves are hunters. They are known as apex predators, meaning their place is at the top of the food chain. Red wolves eat meat and will usually survive off a diet of wild game. They generally study their prey and prefer to take out sick and injured animals over an animal that would put up a fight. Throughout history, there have never been any credible reports of a red wolf harming a human, so fears that they will hunt children are unfounded. Red wolves are also not likely to target domesticated animals or pets except in extreme situations when all other food sources have been depleted.

It’s also true that red wolves serve a great benefit to the environment. In a phenomenon known as the “trophic cascade,” the reintroduction of an apex predator can help restore balance to the ecosystem in which they live. Across the Southeast, research has shown that reintroduction of red wolves into the wild could be one of the most promising means of controlling and eventually eradicating chronic wasting disease. Red wolves can also help control the population of nuisance animals like raccoons and opossums and even coyotes, which have lost much of their natural fear of humans. This would provide an increase in ground-nesting birds like quail and turkey: a win for hunters.

What is Being Done To Help The Red Wolves?

While the U.S. Fish and Wildlife Service is not looking to release wolves into the Arkansas wild anytime soon, breeding programs are needed to help keep the captive population thriving until future releases can be made. There are less than 45 captive breeding facilities for red wolves in America, but according to Thomas Risch, Ph. D, Executive Director of Arkansas Biosciences Institute, Arkansas State University hopes to become the next.

As the national repository, the school is well on its way. An area inside Craighead Forest Park has been selected to house the facility and public response has been overwhelmingly positive.

Additionally, the facility will help Arkansas State to expand the offerings of their Wildlife, Fisheries, and Conservation degree program and provide an excellent husbandry experience for students and faculty. The facility would be run by full-time staff but would depend on the additional help of student interns.

What Can WE Do to Save the Red Wolves?

The good news is that we CAN help save the red wolf.

The university has vowed not to use any tax dollars or tuition funds to build the breeding facility; it will be funded entirely through private donations from people like you and me.

Education is also crucial. Share with your friends about the critical situation being faced by the red wolves and help spread the word that wolves are not something to be feared.

To learn more about the red wolves, check out one of these organizations.

To donate funds to the construction of the breeding facility, you may do so by contacting the Arkansas State University Foundation and asking that your donation be applied to the “Red Wolves for Red Wolves” fund.

Special thanks to Thomas Risch, Ph. D of Arkansas State University and Loti Woods of Weiler Woods for Wildlife for loaning their expertise to this article.