Mocktails Make the Menu in January (and Beyond) 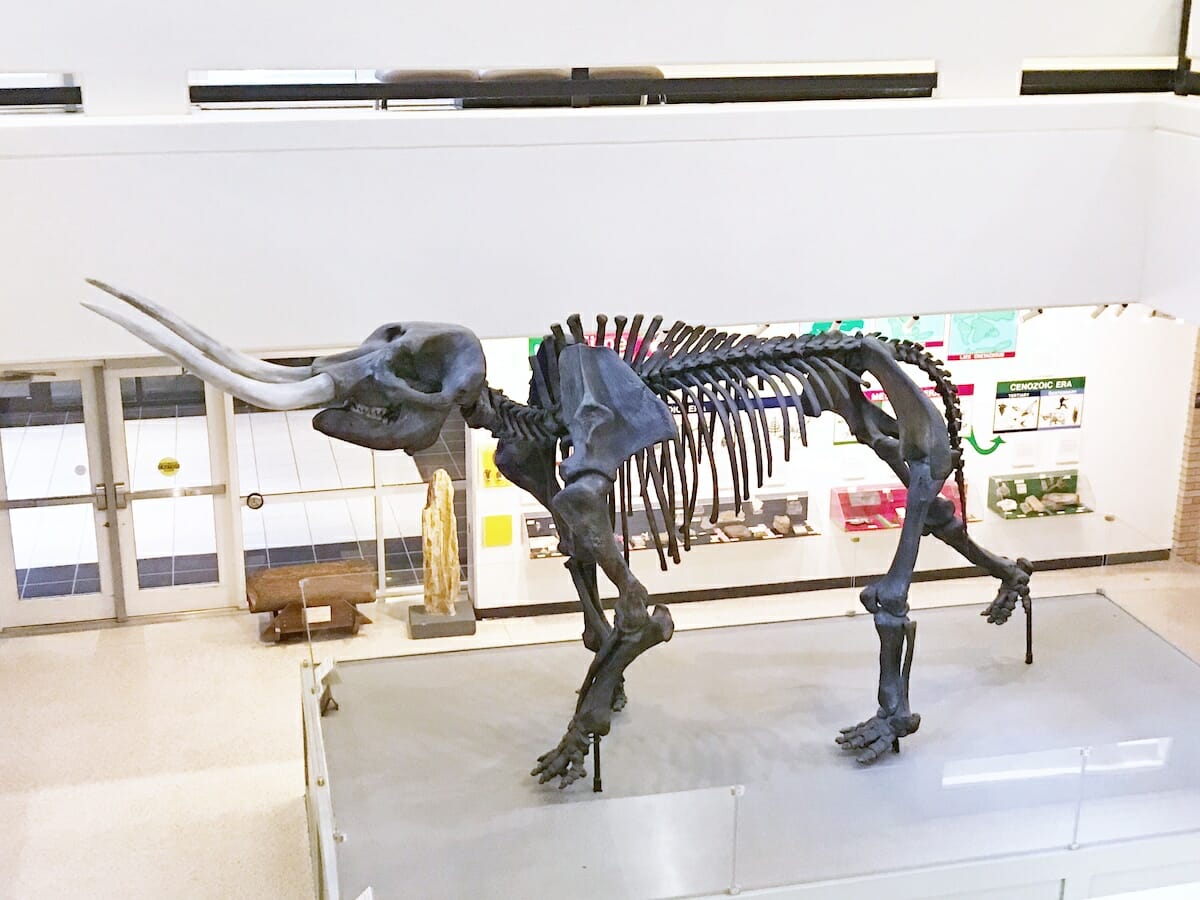 Around 1910, a man named Seth Reed discovered bones from a gargantuan mammal in the Big Bay Ditch near Herman, Arkansas. Twenty-five years later, Frank Reynolds found a three-foot-long bone in the Hurricane Ditch near Marmaduke. Over the next few weeks, Reynolds continued to dig and eventually set out across the state charging people 10 cents for a look at the giant remains, not knowing what kind of animal would leave behind such large bones. He eventually found himself in Fayetteville where a geologist confirmed that the bones belonged to an American mastodon.

Although the bones found by Reed were one of the first documented discoveries of mastodon bones in Arkansas, it was Reynolds whose collection sparked the interest of Arkansas State College (now Arkansas State University). They approached him in 1940 requesting him to donate the fossils he had saved throughout the years. He agreed to hand over what was left of the collection that hadn’t gone missing or deteriorated due to the effects of weather and humidity. The Arkansas State College Historical Museum took possession, treating the bones appropriately so they could be placed on exhibit.

The American mastodon was similar in size to its relative, the elephant. Remains have been found as far north as Alaska and Canada and as far south as Mexico City. Discoveries often uncover the remains of several female and young indicating that, like elephants, the mastodon were herd animals.

Arkansas’s largest mammal is the elk, with an adult bull weighing as much as 700 pounds. But the mastodon, who roamed forests and swamps as recently as 12,000 years ago and whose fossilized remains have been found in several Arkansas locations, weighed between four and seven tons.

Mastodons are sometimes confused with mammoths. The two are distant relatives, but there are several distinct differences. Mammoths were believed to be larger than mastodons. The heads of both animals were covered in fur, although the mastodon head was flatter. Mammoths possessed fatty deposits on their backs which enabled them to thrive in colder, more northern climates. Both the mastodon and mammoth survived as herbivores, but the teeth of mastodon are more conical and sharper, allowing them to chew sticks and bushes found in the swampy areas where they lived. Mammoths had smoother teeth better suited to prairie grasses found on the plains and steppes where they roamed.

In the 1700s, American scientists began to study extinct animals and fossilized remains. Thomas Jefferson, who would later become the nation’s third president, spearheaded much of this enthusiasm. He was obsessed with mastodons (which he often incorrectly referred to as mammoths) for most of his life and collected their teeth. Jefferson even believed they were alive at the time.

During his presidency, Jefferson served on the American Philosophical Society’s Bone Committee and provided federal funds to help procure the first complete mastodon skeleton. He never could let go of his belief that mastodon still existed and even told Lewis and Clark to keep an eye open for the creatures as they explored the American West. It has been said that Jefferson spent his spare time piecing together bone fragments on the floor of the White House.

Lewis and Clark never did discover any living mastodon, but fossilized bones continue to be unearthed throughout the United States. Remains have been found in 20 sites across Arkansas, and it is believed that Arkansas had more than any other state in the mid-South. Most of the discoveries here have been in the northeast region between Crowley’s Ridge and the Mississippi River or in the southwest along the banks of the Red River.

Long after the fossils were found by Reed and Reynolds, and during the construction of Interstate 40 in 1965, a skull with tusks, vertebra, and several other skeletal remains were found near Hazen, becoming Arkansas’s most notable mammoth discovery. That area is now Mammoth Pond and is managed by Arkansas Game and Fish Commission.

The Arkansas Archaeological Survey, a division of the University of Arkansas, oversees 10 research stations across the state, including Toltec and Parkin, which also operate as state parks. Their mission is to study and protect archaeological sites around the state to learn about the past. Throughout history, station researchers have been heavily involved in the excavation and preservation process when mastodon bones have been discovered.

Arkansas State University, along with the Arkansas Archaeological Society, continued to be involved in Mastodon research and one of the state’s archeological research stations still operates on the university’s campus. In 1999, George King found several bone fragments during routine dredging on property near Bay and brought them to the university. Dr. Julie Morrow contacted the landowner and requested permission to further explore the site. Morrow worked with Dr. Henry Wright from the University of Michigan-Ann Arbor to apply for grant funding. The National Geographic Committee for Research and Exploration awarded an emergency grant, and a team was assembled to conduct further research of the area.

Over the next several months, state and local agencies worked together to accomplish the excavation. About 50 percent of the skeletal remains were discovered during the process, leading researchers to believe that something caused a portion of the mastodon to be buried quickly. The remaining portion may have been left uncovered and used by humans or animals, or broken down due to natural decay.

Amid the King Mastodon discovery, Arkansas State University also prepared to unveil the newest addition to the museum collection, a life-sized mastodon replica. Cast from actual mastodon bones, including some found from Arkansas dig sites, Mona the Mastodon was placed on display in early 2001. She is named “Mona” in honor of museum educator Mona Felder, who was instrumental in procuring the mastodon display.

Many factors, including climate change and humans, led to mastodon extinction. It is likely, however, that many remains still wait to be found. New discoveries are being made all over the country each year, including in Indiana and Iowa this past spring. If you know a budding paleontologist or archaeologist with a love for mastodons, check out these displays across Arkansas.

View a Mastodon in Person

The state park has a mastodon femur which came from the Island 35 mastodon which was discovered on an island in the Mississippi just outside of Memphis, Tennessee.
Hampson Archeological Museum State Park
33 Park St.
Wilson, AR 72395

The Museum collection housed in the University Collection Facilities has several mastodon bones. Interested individuals should call to schedule a viewing of the specimens.