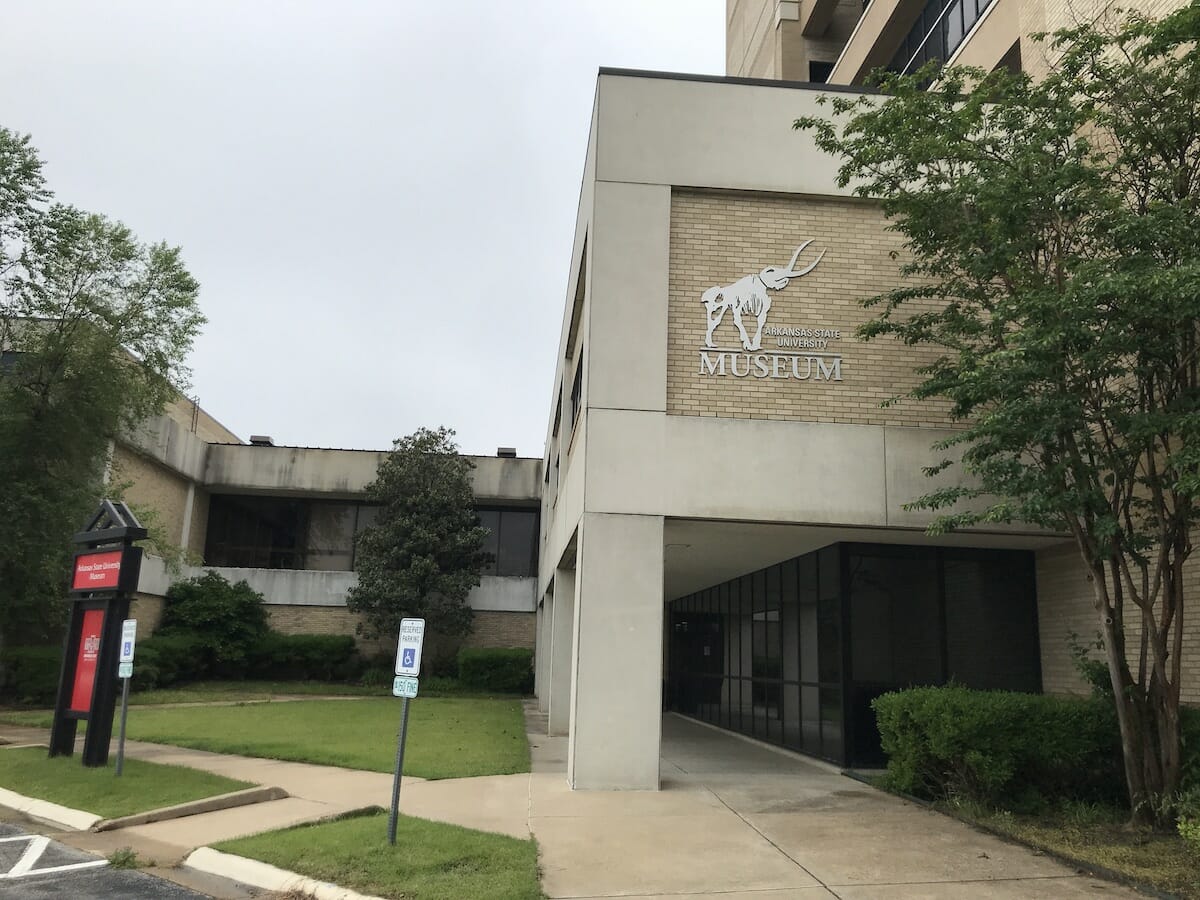 Whether you are a history lover, a nature lover, or just looking for something to do on a day when the weather isn’t cooperating, the Arkansas State University Museum is both fun and educational. Visitors can experience Arkansas’s natural history, military history and learn about farming and homesteading in the late 1800s and early 1900s in a setting that’s inviting to kids of all ages as well as their parents.

Originally called the Arkansas State College Historical Museum, it first opened in 1933 in Wilson Hall on the campus of what is now Arkansas State University. The museum consisted of several wood and glass cases which housed a variety of artifacts. What began as a service project of the college’s history club grew and flourished. Renamed the Arkansas State Museum and Historic Library in the late 1940s, the first director was appointed. The museum was formally accredited in 1973 but fell on hard times in the late 1970s and even closed for a short time. Eventually, the museum reopened in its new and current location in the Dean B. Ellis Library building.

For several years, I was a commuter student to the A-State campus while I worked on my master’s degree. I knew there was a museum but never took the time to check it out until I was recently on campus with my husband and young son. The museum was such a treat, and we can’t wait to return! I’ve highlighted a few exhibits below, but the ASU Museum offers so much more than I could possibly include here.

As a lover of plants and animals, I was drawn to the natural history exhibits. The collection includes a variety of specimens including an alligator, birds of prey, songbirds, waterfowl, a collection of albino animals and fossilized bones of a giant mastodon discovered in Arkansas. Each display is artfully arranged, and my son had a great time identifying some of the species he was familiar with.

The next set of exhibits explores the history of Ancient Peoples of Northeast Arkansas and tells the story of Cahokia; an ancient city considered the New York City of its time. The city, located in what is now Illinois, provided cultural, political and religious influence throughout the Mississippian period circa AD 1200. The displays include a variety of artifacts including pottery, hunting implements and farm tools. Of course, my son absolutely loved beating on the big drum!

Living Off the Land

This series of exhibits pay tribute to the early settlers in Arkansas. As was such with pioneers across the country, life in the early days of Arkansas was not always easy and pleasant. Farming was backbreaking work done with difficult to use equipment. Lack of readily available supplies meant people had to stock up their wagons and learn how to live off the land entirely. The ingenuity of early settlers allowed them to thrive and prosper and to discover valuable industry such as the booming pearl button trade of the early 1900s.

I have always been drawn to the historic vignettes that are found in many museums, and the Arkansas State University Museum doesn’t disappoint. There are displays depicting life at the turn of the 20th century, which illustrate many of the different businesses that would be represented in a bustling new community. You will feel as if you have actually stepped back in time.

As a mom and former educator, I love when I see educational places put in place tools that help to make learning fun. I can recall many of my former students grumbling in protest every time we scheduled a museum visit for a field trip. For many kids, the word museum is synonymous with boring. The ASU Museum has recognized this struggle and has gone above and beyond to welcome, accommodate, and excite the minds of young learners. Throughout the museum, children will be drawn to hands-on learning exhibits that let them experience the museum in a meaningful way. But tucked away in the back is the Tinker Studio, a space that all kids will treasure. Set up similar to an art studio the Tinker Studio has all kinds of found objects and learning stations. From drawing to circuitry, construction, building and more, children are encouraged to delve in and literally get their hands dirty.

With exhibits that will help older generations reminisce about the good-ole-days to hands-on activities that will inspire future generations, the ASU Museum is a hidden treasure worth exploring. The museum has regularly scheduled temporary exhibits and children’s programs to keep things fresh and exciting.