Arkansas Nicknames Through the Years 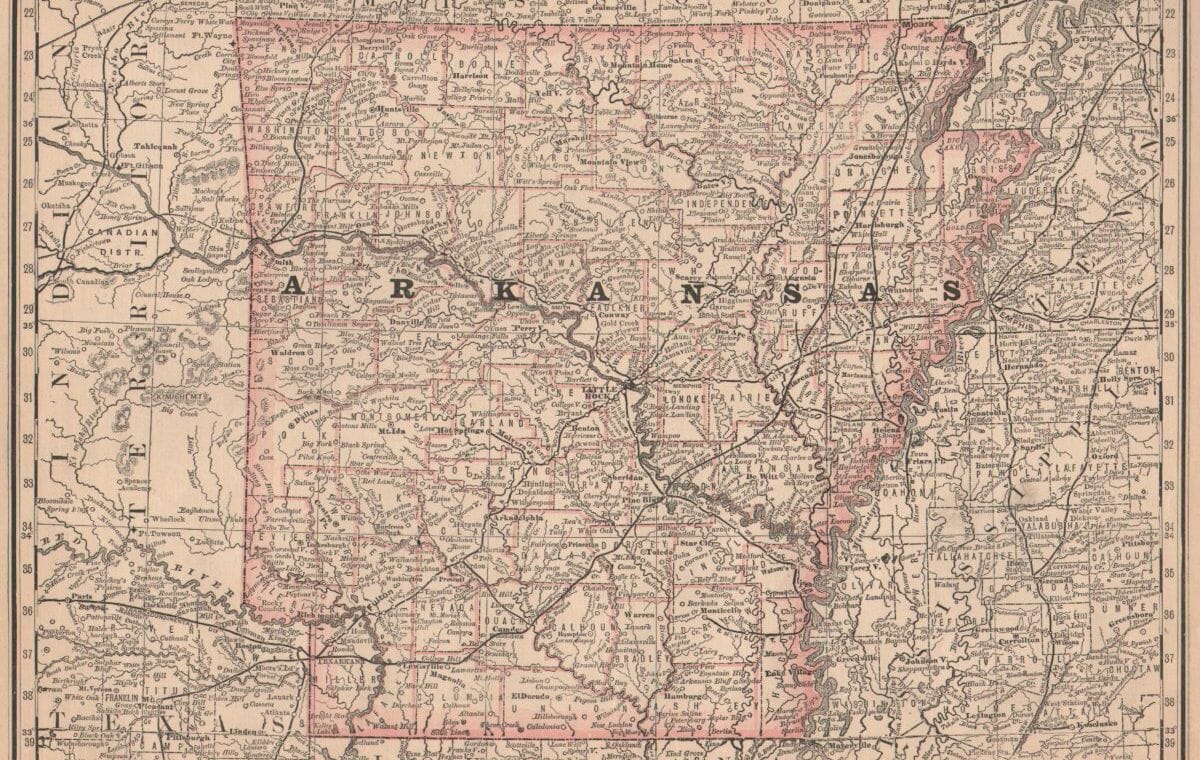 If you’re a long-time Arkansan, you may remember the days when our license plates had “Land of Opportunity” printed across the bottom. If you’re a VERY long-timer, you may even remember when Arkansas was called “The Wonder State.” While you may agree that they’re both appropriate nicknames for our beautiful home, do you know how they originated? Well, it’s an interesting story.

Let’s go back to the beginning, to one of the earliest nicknames given to Arkansas. “Bear State” was adopted by many early visitors and settlers for an obvious reason – there were a lot of black bears living in its forested regions. The specific species was Ursus americanus luteolus, and is one of 16 kinds of black bears native to the United States. Although in the 1930s only 50 were known to researchers, today, thanks to the efforts of the Arkansas Game and Fish Commission, they estimate that around 3,000 black bears are roaming our forests.

A more unusual nickname given to Arkansas in those early years was “Toothpick State.” But this one wasn’t quite so literal. According to those who know, adventurers and trappers who traveled throughout the state were accustomed to carrying large sheath or belt knives – the kind you might see at a man’s waist in an illustration of an early pioneer or explorer. Often, they were double-edged knives called “dirks,” or daggers. Of course, there were approximately 50,000 black bears hanging around Arkansas back then, can you blame them? Whatever they actually used them for, the term helped give Arkansas a reputation for being somewhat rough around the edges.

No one is certain where the nickname “Rackensack” originated, but it wasn’t really a compliment. Rather, it held negative connotations as a descriptor for rural Arkansans who were portrayed in a “hillbilly” manner similar to the cartoon “Lum & Abner.” Even though it was not a flattering portrayal in its origin, locals in the Mountain Home area, including famed native son Jimmy Driftwood, adopted the name to create the Rackensack Folklore Society, and an Arkansas musical legacy was born that led to what is now known as the Ozark Folk Center in Mountain View.

Former Arkansas Governor Charles H. Brough coined the term “the wonder state” as he traveled around the south in the 1920s waxing poetic about the magnificent bounty of resources and natural attractions that could be found in Arkansas. The Arkansas Advancement Association, a group of businessmen who were keen on attracting economic investment to the state, were behind the effort that led to the Arkansas General Assembly adopting “Wonder State” as Arkansas’ first official nickname in 1923.

The Land of Opportunity

Despite the best efforts of the Arkansas Advancement Association, the state continued to suffer from economic hardship throughout the remainder of the 1920s and 30s, as did most of the country. This led another group of businessmen to create what was called the Committee of 100. This group was focused on changing the state’s national image and thereby attracting more growth and economic opportunities to Arkansas. Their promotional materials used “The Land of Opportunity” as their catchphrase.

In 1941, the phrase began to be seen on license plates, and in 1953 the Arkansas General Assembly supported the committee’s efforts further by passing a resolution that dropped “the wonder state” and changed the state motto to “The Land of Opportunity.”

To bring us up to date, we only have to look back to the 1980s, when the state began to build what is today one of our most lucrative industries – tourism. The Arkansas parks system began promoting Arkansas as “The Natural State” to highlight its less commercial, but, some would say more valuable, resource – its beautiful and diverse landscape. The nickname proved very popular with the public, and in 1995, Representative Dennis Young from Miller County introduced formal legislation to retire “Land of Opportunity” and adopt the more popular motto in its place.

What’s your favorite motto? Or, do you have a suggestion that hasn’t been considered yet?

4 responses to “Arkansas Nicknames Through the Years”