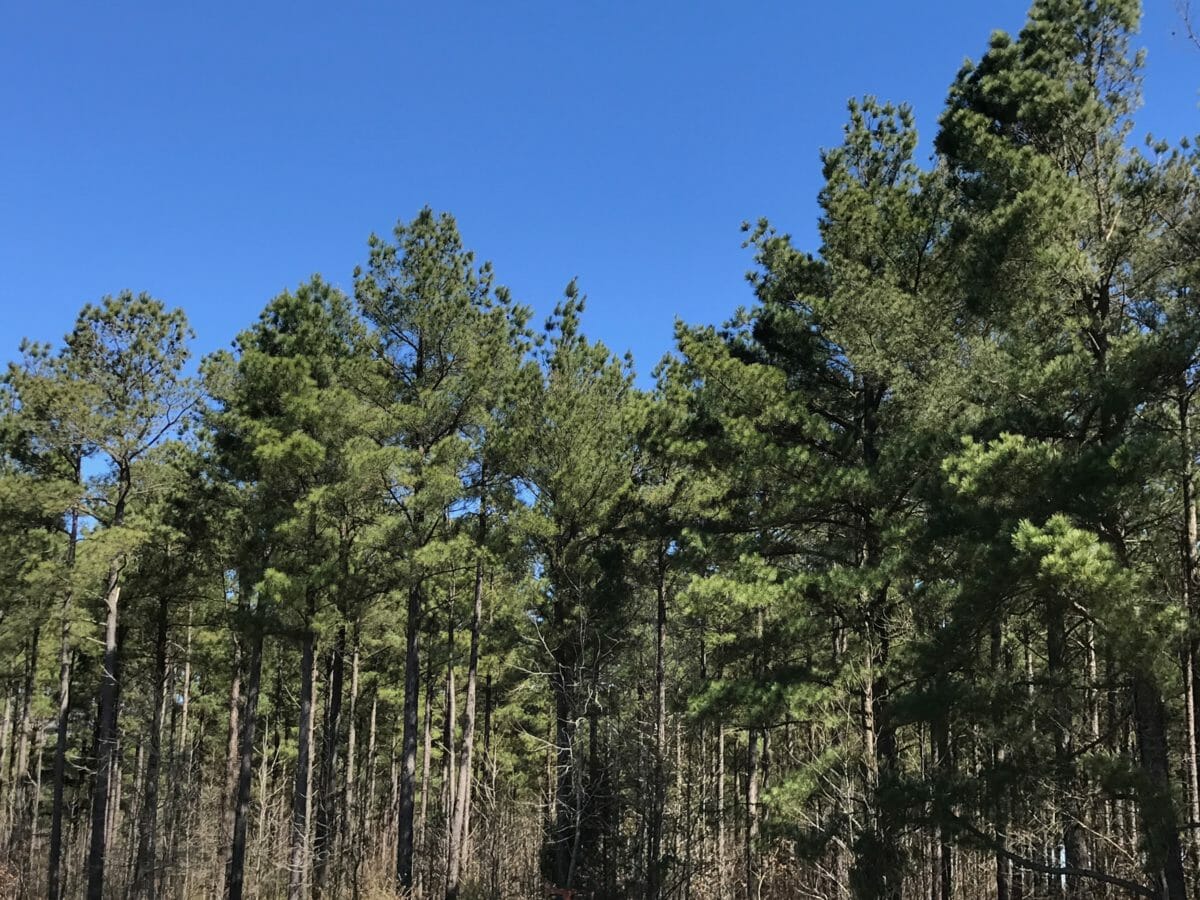 As the official state tree of Arkansas, the pine stands proud alongside the nearly 12 billion trees that cover over half the land in the state. While oak holds the prize for being the most prolific, the pine tree, which officially became the state tree in 1939, plays a particularly important role in the economy and physical makeup of The Natural State.

In the 1800s, the vast amounts of forest land across Arkansas paved the way for a booming lumber industry. The forest land comprising 95% of the state was initially cleared for farming and settlement, with lumber often used for building projects in blossoming towns and homes of settlers. In southern Arkansas, some of the logs were sold to the already booming sawmills located in Louisiana.

As the railroad slowly expanded across the state, lumber companies began to see forests as a means of great profit. Lumber companies bought land, built short line railroads and began clear-cutting large tracts of land. It is estimated that the lumber industry employed nearly 75 percent of all factory wage earners at the height of the industries’ reign in 1909.

By the late 1920s, many companies moved out and headed west and left behind the grim, scarred land. Nearly 20 million acres of forest had been clear-cut. The wide-open, damaged land led to wildfires, destroying much of the remaining forest land and leaving Arkansas forests nearly completely devastated.

Jerome Relocation Center, Denson, Arkansas. Loading cut timber (likely oak) for hauling to the center operated sawmill. The land is being cleared for agriculture and the wood is used for construction and fuel. 1942. Public Domain.

Fortunately for Arkansas, not all of the lumber companies employed a hit-and-run attitude. Several companies practiced what we now call sustainable forestry to ensure that they had a continued supply of lumber. Companies such as Dierks, Crossett, and International Paper practiced selective logging to save seed trees and took measures to reduce the risk of wildfires. Other companies replanted large areas of clear-cut land. Additionally, over 1 million acres of forest land was labeled as federal public domain land in 1906 and 1907, creating the Ouachita and Ozark National Forests.

In 1930 the Arkansas Forestry Commission was established to help maintain and protect all nonfederal forests across the state. Along with the Civilian Conservation Corps, the commission helped reseed or dedicate land as parks and campgrounds. By 1953, a corner had been turned, and tree growth rate outnumbered tree removal rate.

In January 1939, because of the pine tree’s importance as one of the few renewable resources in the state, Rep. Boyd Tackett introduced the resolution to name it as the official state tree. The measure was approved by the Arkansas General Assembly without opposition.

Tackett did not specify a pine tree species, so all four native pine species found in Arkansas are included.

Pinus echinata, or shortleaf pine tree, was called yellow pine by sawmill operators. This pine tree is prolific throughout the Ouachita Mountains but can be found across the state. Shortleaf pines can grow up to 100 feet tall but will often drop the lower two-thirds of their branches in crowded forests, a trait which made them attractive to sawmills.

Shortleaf pine is native to 21 southern states and tolerates a variety of soil and seedlings. Smaller trees will sprout after fire or tornado damage. According to a USDA Forest Service survey, Arkansas contains more shortleaf pine than any other state.

The Loblolly pine tree, Pinus taeda, is found across 14 states, grows across a large portion of Arkansas and remains the most significant timber species in the state. It is found in tree farms but also grows “wild” and is estimated to be the second largest species of tree in the United States after the red maple.

Levi Wilcoxon Demonstration Forest in Ashley County near Hamburg has preserved some of the virginal trees in Arkansas. One of these trees named the “Morris Pine” is believed to be over 300 years old.

The longleaf pine tree, Pinus palustris, grows rapidly and lives a long life. It can grow nearly 2 feet per year and can live as long as 500 years. The tree gets its name from long needles that can grow between six and 18 inches long.

The longleaf had many uses beyond timber. The resin is used to produce turpentine, was used as a salve for wounds and was even used as a treatment for tuberculosis in the 1800s. Its needles are often used as pine straw mulch, and its oils can be used in skin treatments and as a flavoring in food and drinks. The versatility of the longleaf pine led to the harvest of much of the population.

The slash pine tree, or Pinus elliottii, is thought to be a distant relative of both the loblolly and longleaf pines. The tree only lives 200 years or so and is generally shorter than its relatives. The slash pine prefers swampy ground. The slash pine is growing in popularity in the landscaping industry.

Although Arkansas forests are predominantly hardwoods, pines are still an important part of the land and industry. Some efforts have been made to reclaim old farmland to provide sustainable timberland. Pine trees are planted in fallow fields and allowed to grow for many years before they are later thinned or clear-cut for pulp, lumber, and other products before the process is repeated. History has provided us with the understanding that our natural resources are not infinite and we must take measures to protect what we have.

Here are some resources if you are interested in learning more about Arkansas pine trees and conservation efforts.