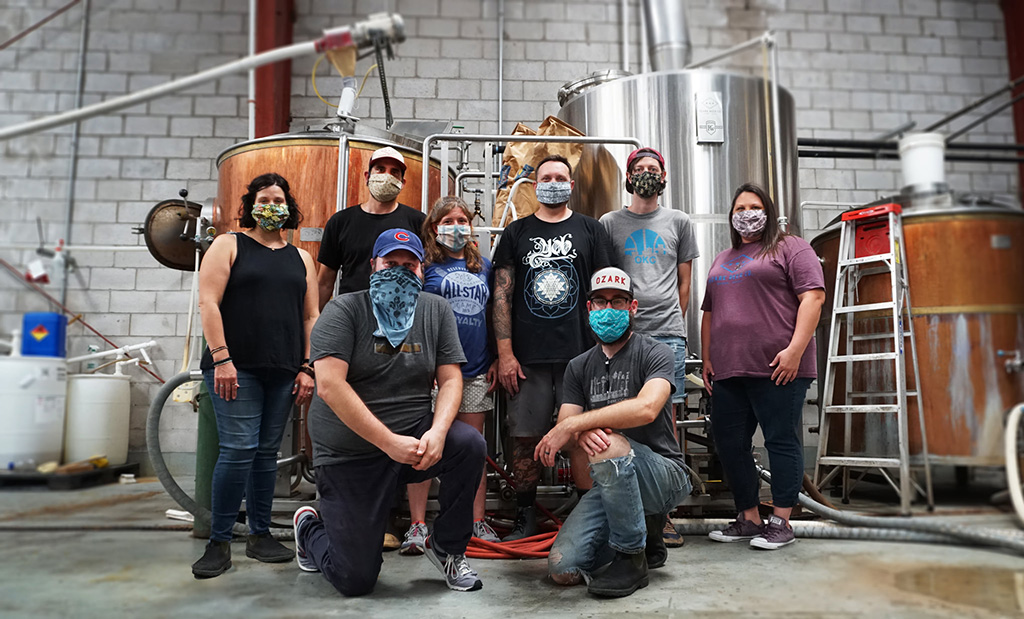 Founded in 2013, Ozark Beer Co. has grown to become the second-largest brewery by volume in the state of Arkansas.

According to numbers recently released by the Alcoholic Beverage Control Division of the Arkansas Department of Finance and Administration, the Rogers brewery produced 5,003 barrels of beer in 2019.

This represents a 20% increase over the previous year’s output.

Although the gap between first and second place is significant, Ozark is the clear leader among brewers in the northwest corner of the state. Bike Rack Brewing Co. in Bentonville trailed with 3,783 barrels, and Springdale’s Core Brewing Co. was the third-largest brewer in Northwest Arkansas with 3,468 barrels of output.

2020 is shaping up to be the most challenging year on record for Arkansas brewers. The double-digit growth rates enjoyed by many will be hard to match once final numbers are tabulated for the year. COVID-19 has had a considerable impact on brewery output.

That said, the state’s breweries have implemented protocols to create safe environments for people interested in leaving lockdown for a pint or two.

Although the beginning of the pandemic was bumpy for Ozark (resulting in a precipitous drop in production volume and a temporary employee layoff), the brewery seemed to have regained its stride by mid-summer.

Fueling some of its resurgence has been a focus on small-batch beers.

Ozark has a well-known lineup of year-round beers. Its IPA, American Pale Ale, and Cream Stout are found on taps and shelves throughout Arkansas.

Craft beer enthusiasts love small-batch releases, though. And in that category Ozark does not disappoint.

The fact is that some of the most interesting beers made by modern breweries can only be found on draft and on premise.

Perhaps Ozark’s most well-known small-batch beer is Bourbon Barrel-aged Double Cream Stout (BDCS). It is, of course, canned for limited distribution. Craft Beer & Brewing magazine rated the 2018 version a 99 out of 100, and the lines wrapping around the brewery on release day are legendary (the release of BDCS 2020 was a lowkey affair due to the ongoing pandemic).