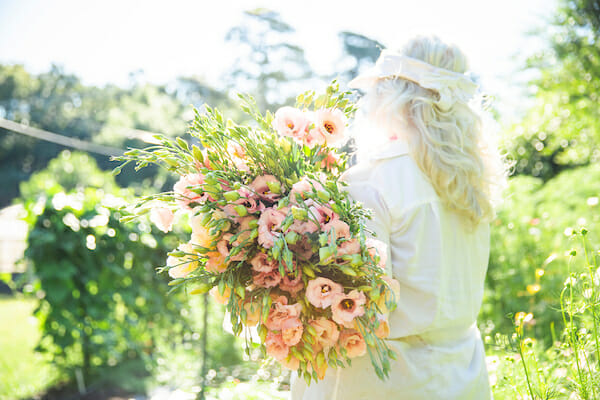 Perhaps it’s a coincidence, but over the past year, there seem to be more offerings of seasonal floral bouquets at local coffee and pastry shops from local flower farms. Whether or not it’s in response to the pandemic that urged us to stop and smell the roses, literally, it’s hard to think of a better way to begin the day than with a cappuccino and fresh-cut flowers.

Fresh flowers make me happy, and I feel even more justified in such purchases knowing that I am supporting neighbors and the earth in general. 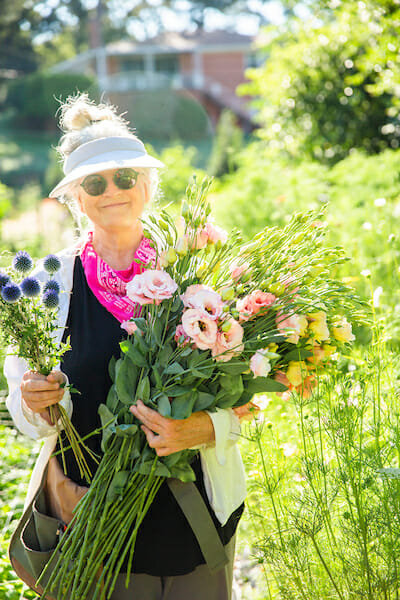 Andrea Wills of Felder Farm operates out of her urban location in Little Rock. She calls herself “an accidental flower farmer,” as her farm was originally dedicated to produce. She and her husband bought a house in Stifft Station seven years ago with a big empty lot behind it that now serves as the garden. Her son, who has a passion for growing things, began the original Felder Farm at Felder Academy, which was once part of the Little Rock School District, operating near the Little Rock Airport. She refers to him as “farmer boy.”

“It drove me crazy that he grew all of this amazing food and didn’t sell it,” she said. “Well, I like to sell.” At one point, she was selling at the Hillcrest Farmers Market and The Root Café. 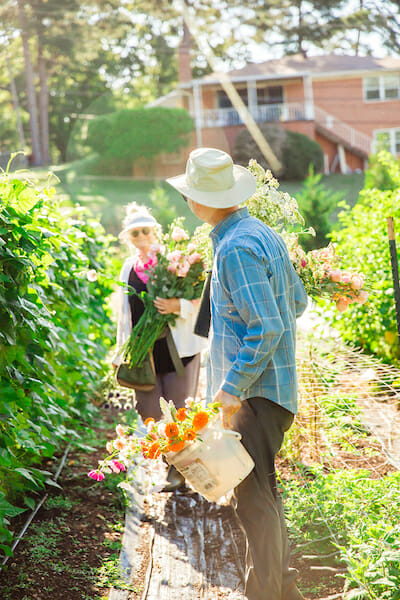 Though now it’s more flowers than vegetables, she sells exclusively from her front porch. “Cutting flowers is my time to let my mind be empty, to let my mind rest,” she said. “As I harvest, some things unravel, others are knit together. Same when I make bouquets.” 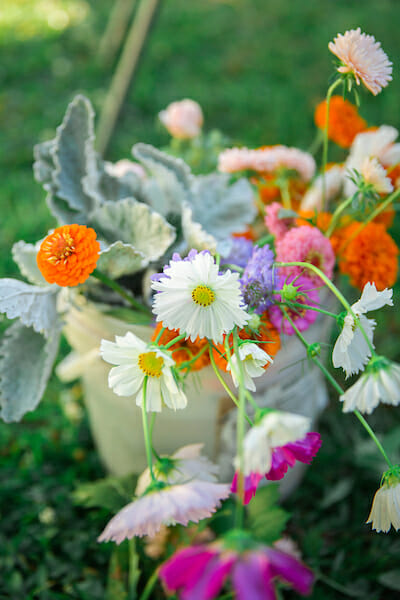 She knows the effect flowers have on people. “[My] greatest success is putting flowers into the hands of other people just like me; folks who are walking day to day through happy times and sad times,” she said. “I’ve met so many people through the screen of my front door.” 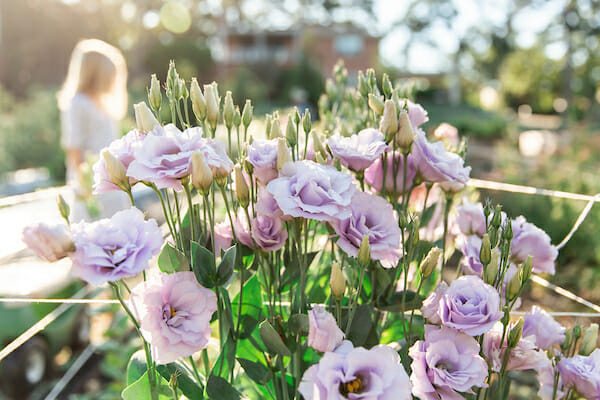 Daniel Evans of North Main Farms in Searcy is a little newer to the game. In fact, he just sold his first bouquets last month. He has worked with Five Acre Farms for three years, learning about growing vegetables and cut flowers. He recently started his own market garden, and he wanted to include flowers in the mix. Currently, 1/5 of his quarter-acre farm just inside Searcy city limits is dedicated to flowers, with the rest vegetables. He sells at Midnight Oil Coffeehouse and Searcy Farmers Market. He says that while Arkansas has so many diverse wildflowers, this time of year, the wild carrot flowers and coreopsis make him think of the Natural State.

Evans takes a holistic view of flowers. Nasturtiums, for example, can be eaten. “Flower farms are beneficial to contribute to the health of pollinators – one of our greatest allies in vegetable cultivation and horticulture,” he said. “Flowers that are grown with sustainable, organic practices are adding to the soil and adding to the health of our whole world.”

Like Felder, he gets personal satisfaction from connecting customers to his flowers.

“The greatest success is seeing a beautiful arrangement on somebody’s counter still looking healthy a week after we gave it to them,” Evans said. 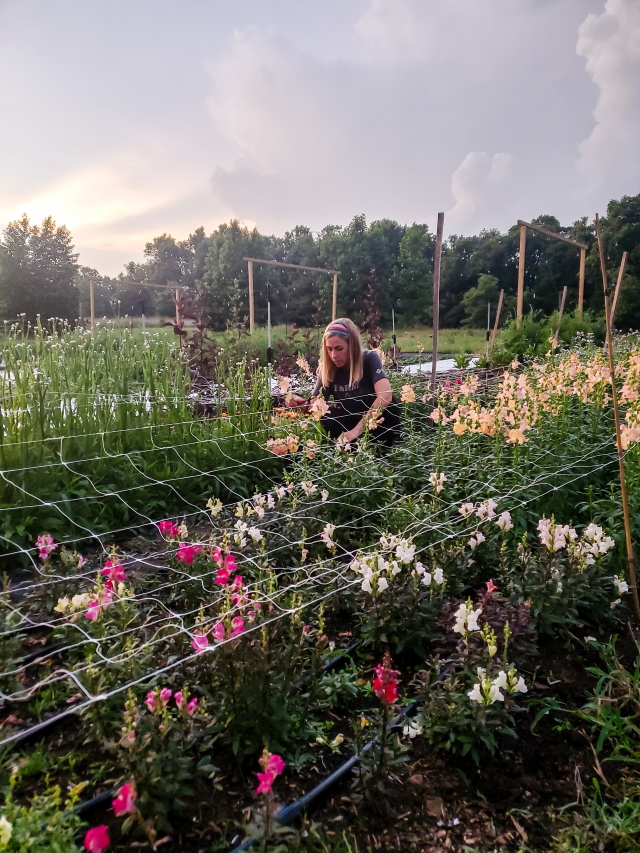 Although Anna Brumfield of Flower and Fiddle, also of Searcy, has been growing a garden for two years and added flowers for cutting last year, this is also her first year to sell. Her arrangements can be found at Wild Sweet William’s Baking House and Doorframes, a boutique in downtown Searcy.

She has designed and worked with flowers for years but said once she started growing from seed, her love for flowers grew even more. “Working in nature, starting from seed and being able to share the blooms at the end with others is a new type of job,” she said. 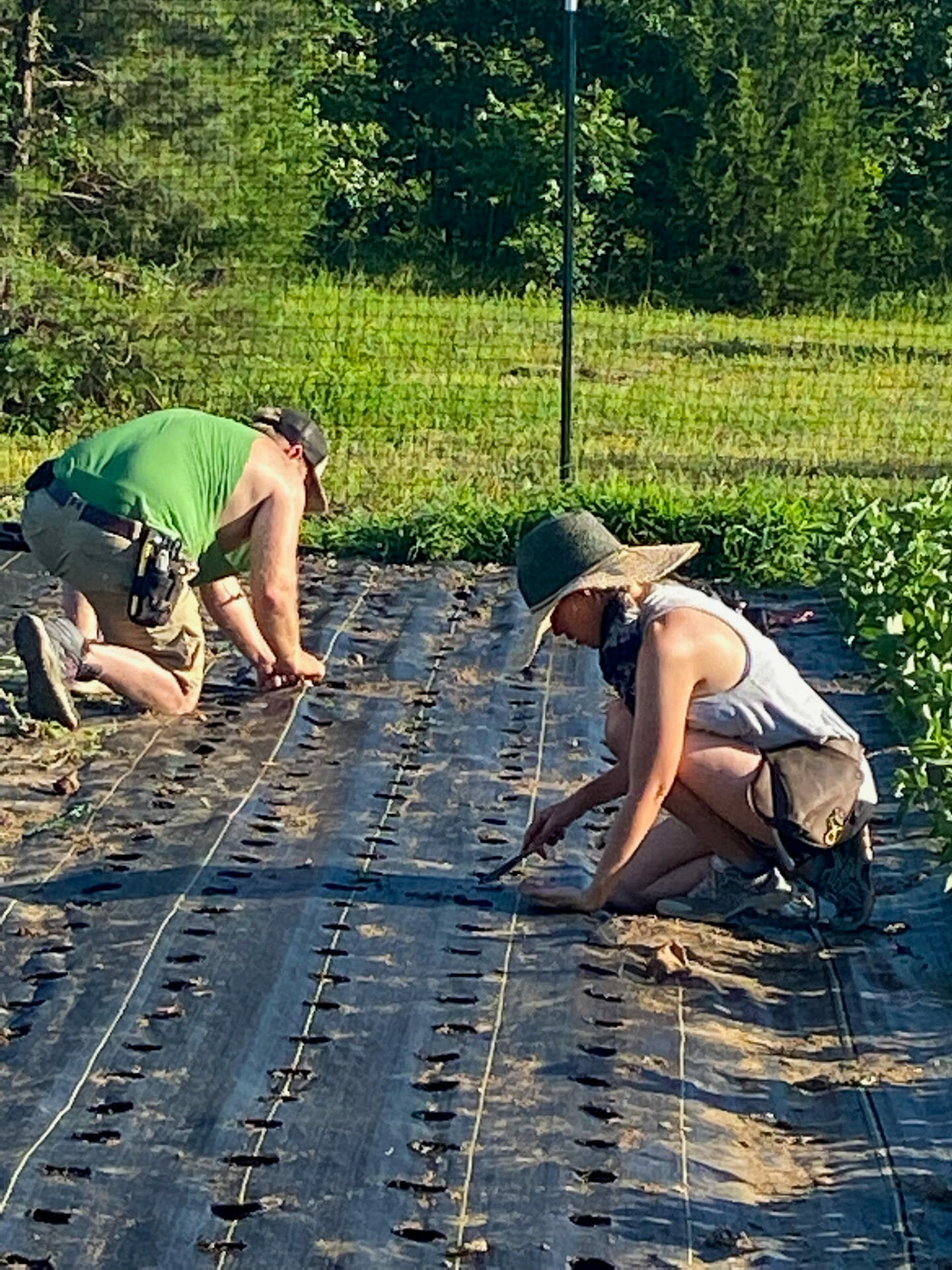 The business’s name describes her, “a fun-loving farmer florist, and her hardworking fiddle-playing husband enjoying creative outlets that bring us happiness that we want to share,” she explained. They engage in high-intensity flower farming, which means packing a lot of flowers into a small space. They have a 6,000-square-foot plot with an additional wildflower patch and lots of room to grow.

“When you buy from a flower farm, you are supporting your hardworking neighbor who personally wants to provide you with the best product,” she said. 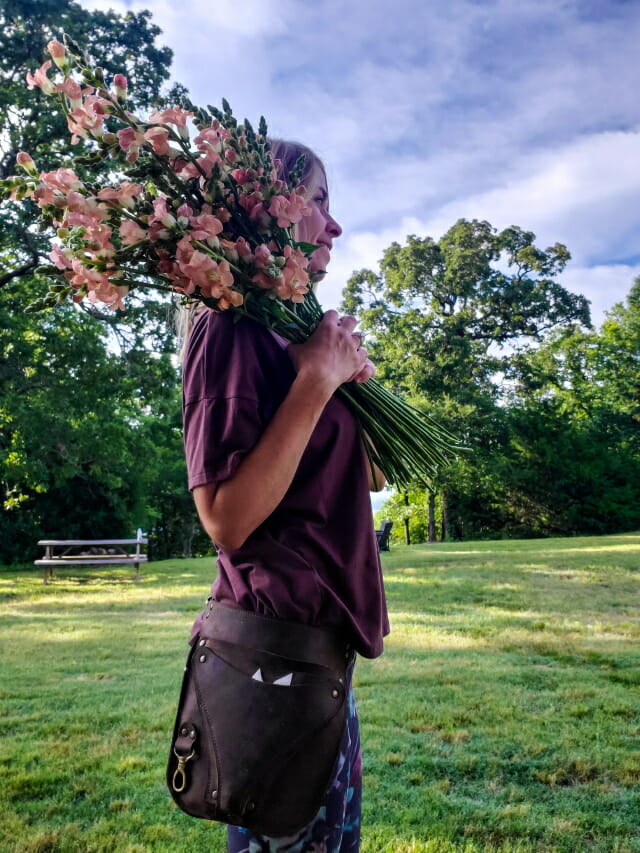 She also gets satisfaction from sharing her love of flowers with others.

“When someone sends me a message that says, ‘My husband bought me these beautiful flowers this morning, and it made my day,’ that is all I need,” she said. “So, you could say my greatest successes are every time someone buys flowers, and it made their day a little bit better.”

Santa and ornaments are some of the most iconic Christmas traditions. Two...