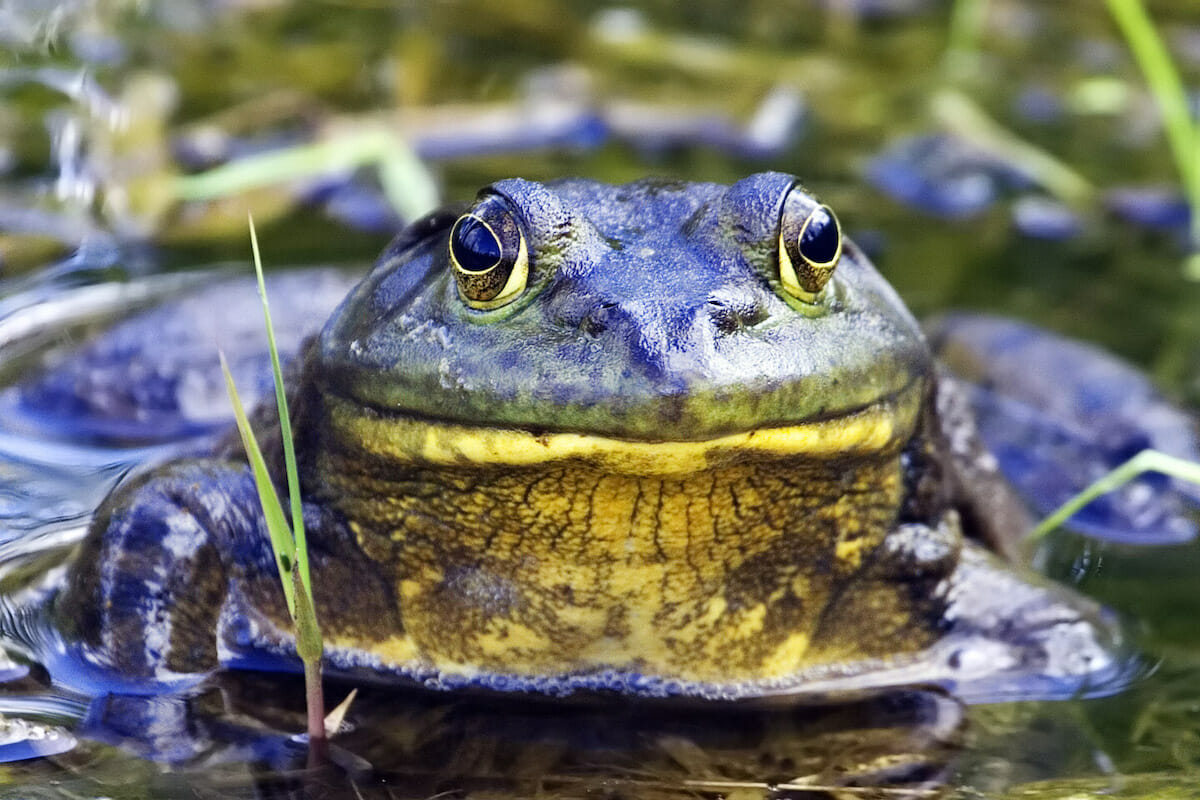 On a recent evening, when the temperatures hovered in the 50s overnight, I cracked my bedroom window and was lulled to sleep by a chorus of frogs, one of the many benefits of living in the country.

If you’ve ever heard the sound of Arkansas frogs singing, you know it’s magnificent. There are times when the frogs are so loud you have to raise your voice to speak outside. It’s impressive but often leaves me asking questions. How many frogs are out there? How many kinds of frogs do I hear? Are the frogs early this year?

FrogWatch USA is a citizen science program that invites people to report on the local calls of frogs. I recently attended a Local FrogWatch training as part of Arkansas Master Naturalists and found so many answers. I was able to get answers to many of my questions and questions I didn’t even know I had.

Why Are Frogs Important?

Frogs and toads benefit the environment in many ways, but the one we benefit from the most is insect control. If you think the mosquitoes are bad in the summer, imagine how bad the problem would be if we didn’t have frogs and toads.

Frogs are also excellent indicators of the health of the environment. Frog decline and deformities are an indicator of environmental issues. These animals are an essential part of the food chain by serving as a food source to birds, snakes and other wildlife.

How Many Kinds of Frogs Do We Have In Arkansas?

Arkansas is home to 23 different species of frogs and toads from the tiny spring peeper to the large and loud American bullfrog. You can learn about each of Arkansas’s frogs and toads and listen to a recording of their calls on Arkansas Frogs and Toads.

What is the difference between a frog and a toad?

Though similar, these amphibians are set apart by a few differences.

Were Arkansas frogs early this year?

Why do frogs and toads call?

You will often hear these amphibians without seeing them. Frogs are elusive and being able to identify their calls is one of the ways researchers can gauge the health of the species.

Which frogs are the most common in Arkansas and how do I identify their calls?

American Bullfrog – Bullfrogs may not be the most common frog, but their call is unmistakable. They are our largest frog and can weigh well over a pound. Their sound is a “rum, rum, rrrruumm” and sounds similar to a lightsaber.

Spring peepers: Ahhh. The telltale sign that spring is near. Males can typically be heard from January through May and their sound is a “peep, peep peep.”

Cajun chorus frogs: This frog’s call sounds like someone running a fingernail along a plastic comb. They are most vocal in February through April, and you will hear them mixed in with the spring peepers.

The Future of Frogs

Over 40% of the world’s frogs are threatened or endangered primarily due to habitat loss and human encroachment. Pollution and the use of pesticides can be detrimental to frogs as well as the overhunting of frogs for food or the pet industry. Some diseases can affect frogs and toads, but the majority of the issues they face are human-caused.

Five Tips to Make an Excellent Habitat for Arkansas Frogs and Toads:

FrogWatch USA and the Arkansas FrogWatch chapters rely on citizens to help collect data about the health of the frog population. By attending a workshop, you can learn about the importance of frogs, wetlands and how to identify frog calls. Once trained, volunteers can begin to record their observations in the online database. This information helps researchers to understand more about frog behaviors without having to be in all the places frogs are found.

If you are interested in learning more about Arkansas frogs or attending a FrogWatch training session, you can connect with one of these local chapters.

One response to “Arkansas Frogs”