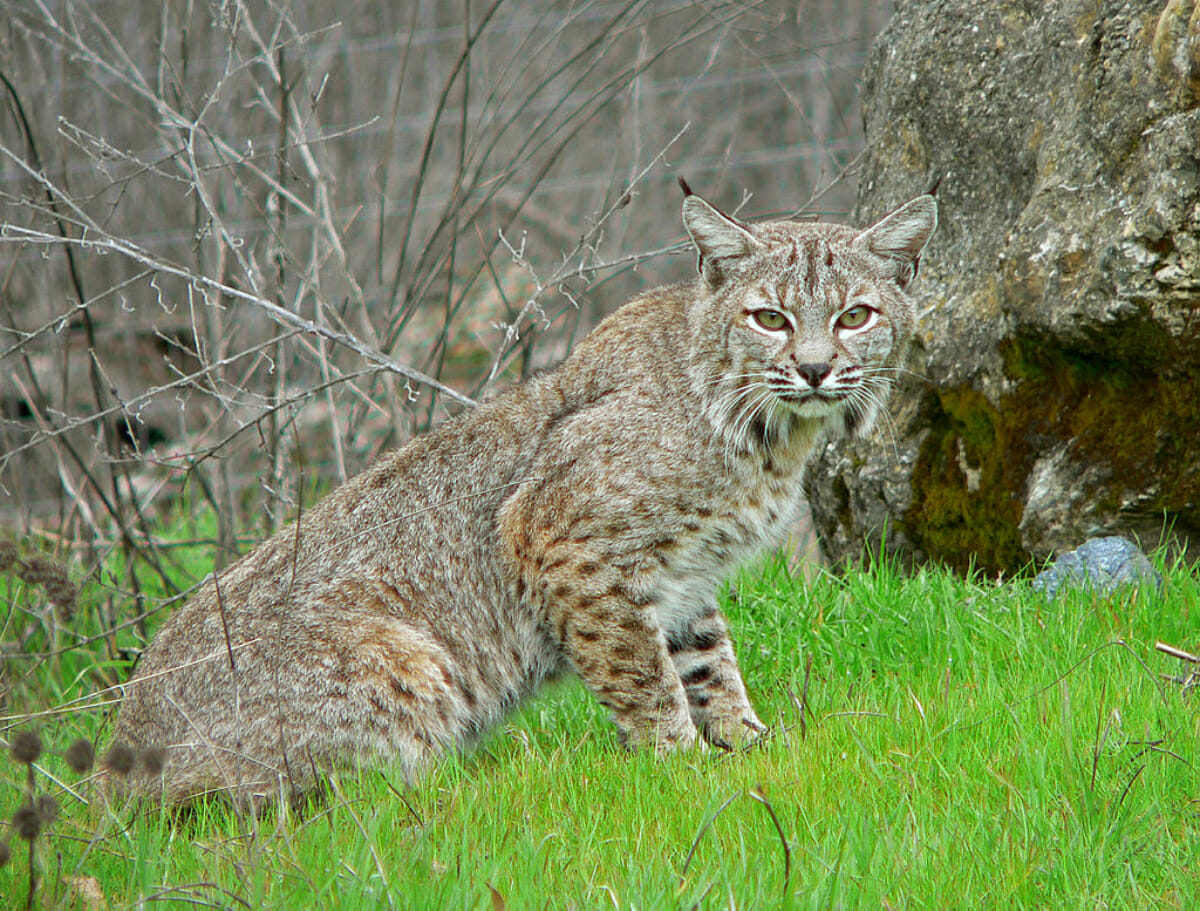 If you’ve ever hiked one of Arkansas’s beautiful trails or enjoyed a quiet moment in a state park, or even your own backyard, it’s possible you’ve been observed by one of Arkansas’s most numerous but phantom-like predators: the bobcat.

The most you might have seen of a bobcat is its white tail as it bounds away. The short “bobbed” tail gives the bobcat its name. They are the smallest of wild cats found in the United States, but they still average twenty pounds and larger cats can have a shoulder height of 12-24 inches. They’re large enough to not be mistaken for your average stray cat.

Bobcats are naturally cautious and extremely wary of human contact, so catching a glimpse of one is a challenge. However, the bobcat is the most numerous wild cat in North America, ranging across most of the United States, including Arkansas. With a population that is considered stable, the bobcat is well established in its place in the Arkansas landscape.

Arkansas writer, photographer and naturalist Keith Sutton knows a thing or two about bobcats. As a mammalogy student at ASU in the 1970s, Keith ran across the cats while conducting a study at Village Creek and Crowley’s Ridge state parks. “I learned that while bobcats are quite common in most of our state, they are very secretive animals and are rarely seen by most people,” he recounts of his time spent in the parks.

However, Keith is one of the lucky few to spot one of these cats, and not just once but many times. One bobcat discovered that the beehives kept by one of Keith’s friends was the perfect spot to hunt for mice who were attracted to the bee larvae. The cat would appear at dusk and dawn to hunt and didn’t seem bothered by silent observers like Keith, as long as he stayed still. This encounter allowed Keith to observe the bobcat exhibiting natural behaviors.

Bobcats are predators who hunt mainly small prey like mice, rabbits, birds and squirrels. They are often the top predators in the area and an important link in the ecosystem, keeping the populations of small animals in check. Though some people blame bobcats for livestock attacks, the cats are so shy an attack like that would be rare. They are adaptable and live as easily in the forests and mountains of Arkansas as they do the lowlands and swamps. Keith attributes their ability to thrive in nearly any habitat as one key to the animal’s success as a species.

The cats are camouflaged by their spotted fur, which can range from light tan to dark brown. Tufts of fur deck their ears and faces and if you happen to see one staring at you, you might be disarmed by twin golden eyes. If you want to spot a bobcat, the best time of day is around twilight as the animals emerge to hunt.

Bobcats can be hunted and trapped in Arkansas from September to February. The Arkansas Game and Fish Commission categorizes the animals as furbearers and their pelts can be sold. Keith has hunted bobcats before, but he outlines the difficulties in actually bagging a bobcat. “To hunt them successfully, one must learn to properly blow a varmint call that sounds like an injured rabbit or mouse. And one must be thoroughly camouflaged so as not to be seen by the cat’s sharp eyes.”

What’s more likely is that a bobcat’s sharp eyes are on you if you’re in their habitat, but if you spot one, don’t feel threatened. As towns expand, the animals must exist on less land or cross over into territory inhabited by humans. Though their appearance can be startling, it means less rodents for the area. “I don’t think bobcats are nuisances,” Keith states. “They are actually quite beneficial as they feed on nuisance animals.”

If you’d like to see a bobcat without having an up-close encounter in the wild, you can visit Turpentine Creek Wildlife Refuge just outside of Eureka Springs. The non-profit organization rescues large cats from abandonment and neglect and their facility includes seven bobcats. The Little Rock Zoo also contains bobcats in its small predators exhibit.

With years of study and observation under his belt, Keith Sutton isn’t worried about bobcat encounters around Arkansas. “People should be glad when they have the opportunity to see one and not worry that it will cause problems.” However, the phantom cat is likely to remain just that.

5 responses to “Bobcats in Arkansas”