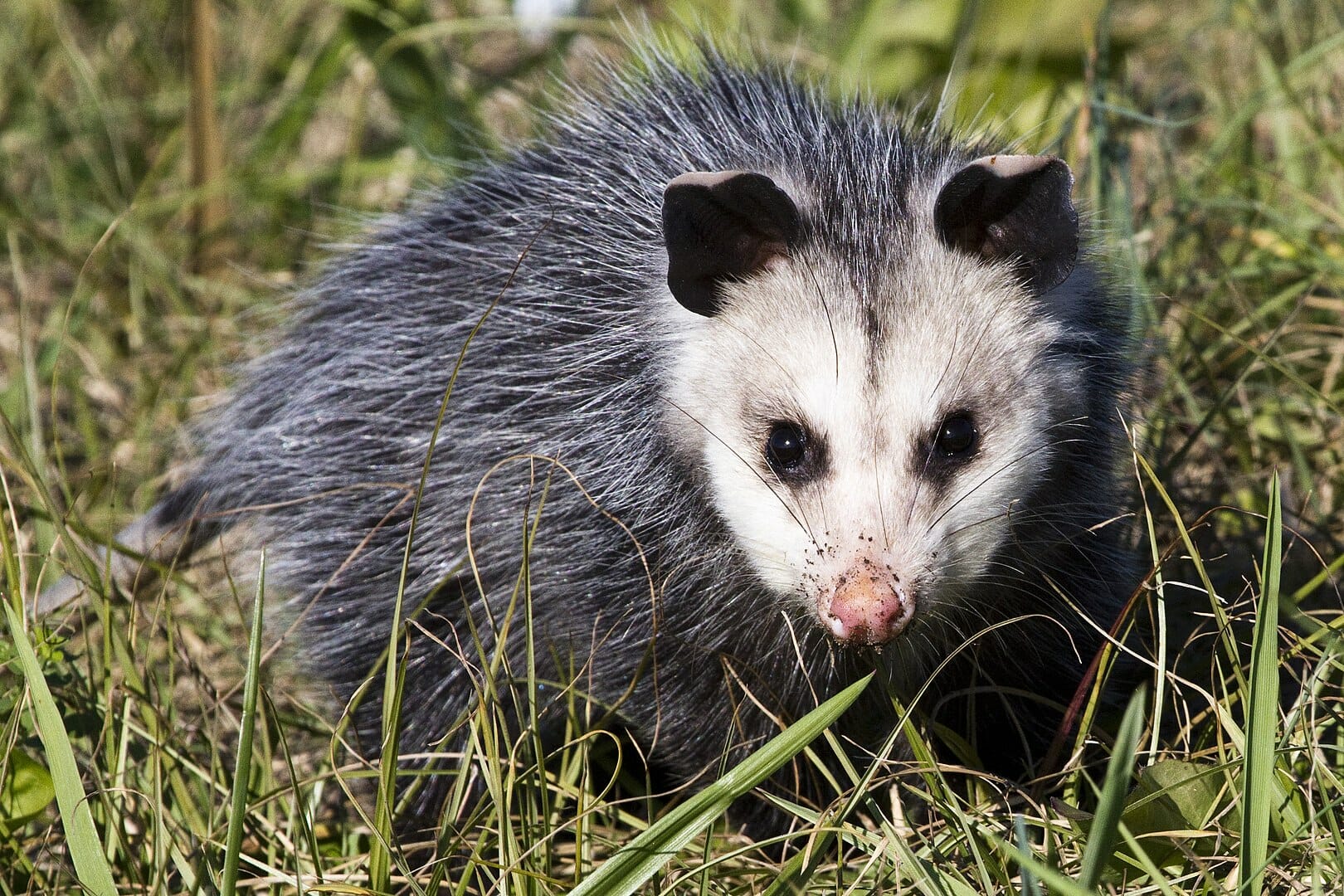 The feathers scattered on the ground by the chicken coop door were the first sign of the attack. The second: except for the long-gone chicken breast, the bird’s carcass lay untouched. Evidence clearly pointed to an opossum as the culprit, one of many frustrations that contributes to the hate-filled relationship with possums in Arkansas.

Commonly referred to as “possums,” opossums are found throughout Arkansas and generally evoke a negative response from humans. Their large teeth and rat-like tail can be off-putting, but these unique creatures aren’t all bad. The source of the phrase, “playing possum” because they pretend to be dead when faced with danger, opossums actually bring a few benefits to regions where they live.

Possum or Opossum: Either Name Will Do

The word “possum” appears to be a colloquialism most commonly used in the South and was first documented in 1613. Most people use the word when referring to the species known as the Virginia opossum (Didelphis virginiana), although an actual possum is a different species only found in Australia. The Virginia opossum is the only species of opossum in North America. Its name is derived from the Algonquin word “wapathemwa,” which means “white animal.” Capt. John Smith of Jamestown Colony in Virginia first referred to the animal as an opossum in 1608. Although some sources explain the mispronunciation by saying that the “o” in opossum is simply a silent letter, dictionaries and the pronunciation guides for opossum indicate that the “o” should be pronounced.

Opossums are Arkansas’s only marsupials, a type of animal generally characterized by giving birth to young that are not fully developed. Male opossums are “jacks,” females are “jills,” and their young are called “joeys.” While opossums typically have eight or nine newborns at a time, they can give birth to as many as 20, all of which you could fit in a teaspoon. Many marsupials have a pouch that will help hold the young in place until they reach proper development. The female Virginia opossum has an underdeveloped pouch, so their young will latch on with their mouths and front paws, where they will remain for as long as two months. When they get too big for the pouch, you might spot them riding around on their mother’s back.

One of the opossum’s most defining characteristics is its long hairless tail. Even though the proverbial picture of opossums shows a family hanging from a tree branch, you see this behavior mostly exhibited by juvenile members. Possums use their tail much like a fifth limb for balance, climbing and even for carrying items such as leaves or sticks. Male possums will use their tail to generate a scent to mark their territory and to signal other opossums to danger silently. Signaling humans isn’t so silent. Faced with an opossum in your path, you will likely be met with a loud hissing and a mouthful of sharp teeth. Possums have 50, the most of any mammal, so it’s not surprising that when threatened, they show them off. Interestingly, possums aren’t smart enough to realize that biting could be a beneficial defense mechanism.

Opossums are considered a nuisance animal. According to the Arkansas Game and Fish Commission, opossums that are causing damage to personal property may be taken during daylight hours or trapped the entire year: no hunting permit or license needed. So when you walk into your chicken coop to find your flock damaged by a hungry opossum, you can eliminate it without remorse. But opossums are not all bad. If your flock isn’t threatened, you may want to let the opossums stick around.

Photo provided by House of Nash Eats. Used with permission.

The opossum is also known as a food source for humans. Most Arkansans know someone who brags about the opossum stew their grandmother made back in the day, but few would be willing to dine on one today. Is it possible to eat an opossum? Yes. Should you? If you really want to show that thieving possum who stole your eggs and ate your chickens who’s boss you could fry one up for your next family gathering. Or, simply stick with something a little tastier like Arkansas Possum Pie, no actual opossum required.

7 responses to “Opossums in Arkansas”