Little Rock’s Fidel & Co Has it All

10 Must-Visit Towns along I-40 in Arkansas 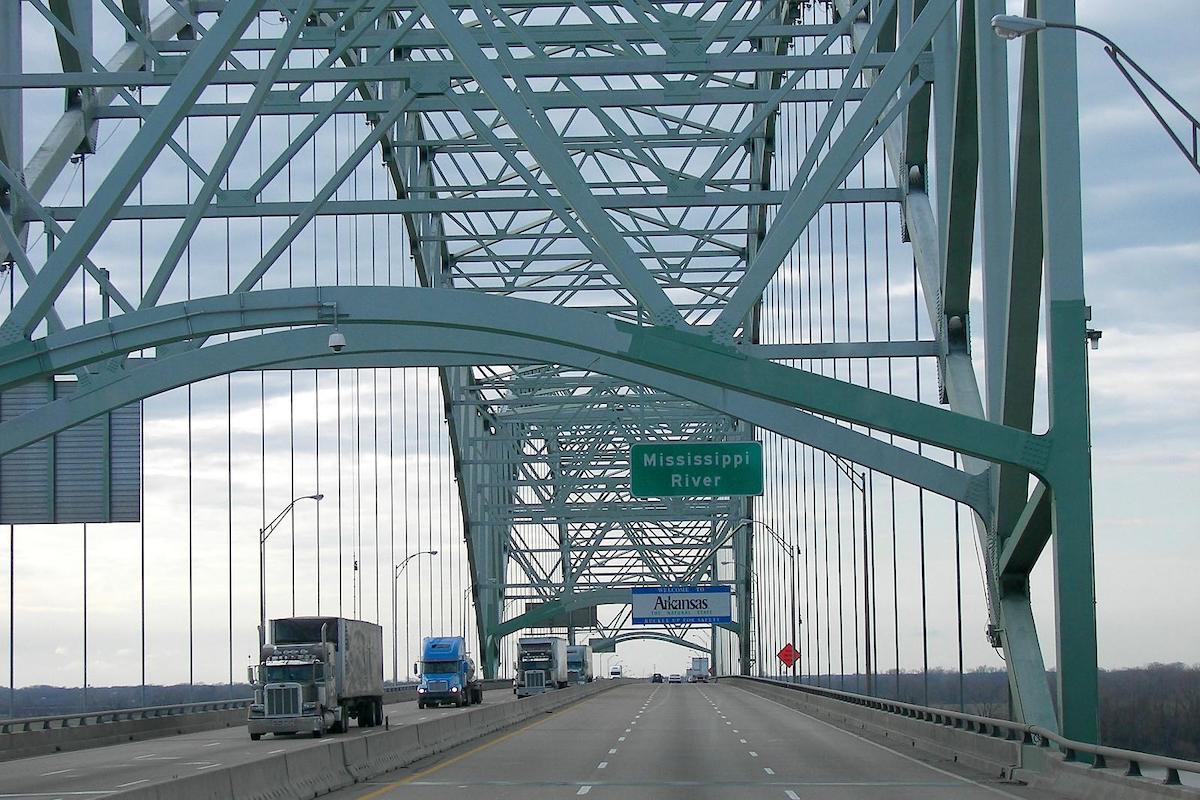 With an eastern beginning in Wilmington, North Carolina and a western point in Barstow, California, Interstate 40 is a major U.S. highway. The nearly 300 miles that pass through Arkansas unfortunately get a bad rap; whoever started the rumors that this portion of I-40 has nothing to see is sadly mistaken. The highway passes through some remote sections of The Natural State with plenty to see and plenty to do.

10 Must-Visit Towns Along I-40 in Arkansas

Crow Creek is located just west of Madison, Arkansas at the intersection of Highway 70. The area is well-known among rock and fossil collectors for its abundance of chert, agate and fossils like shark’s teeth and other marine deposits consistent with the Eocene Jackson Group.

Scott Bond was the first African-American millionaire in Arkansas. A successful farmer and businessman, Bond purchased the Madison Mercantile Company and owned five cotton gin plants, a sawmill and a gravel pit. Bond, along with several members of his family, is buried in the Scott Bond Family Plot just west of Fifth Street along Highway 70 in Madison. The plot was added to the National Register of Historic Places in 2002.

Located in the restored, historic Rush-Gates home, exhibits here include the J.O. Rush relic collection, a reconstructed doctor’s office, geology and fossils from Crowley’s Ridge and African-American history. With temporary and seasonal exhibits year-round, the museum also serves as the central visitors center for the Crowley’s Ridge National Scenic Byway.

Located in an old, beautifully restored hotel, Low’s attracts brides from all over the country. The 25,000-square foot showroom includes more than 3,000 dresses, some from many of the world’s best-known designers. The building is on the National Register of Historic Places.

Burns Park offers everything from camping to golf, sports, and even a dedicated dog park. Visitors can view a covered bridge and a Civil War cabin as well as enjoy boating and fishing on Victory Lake and gain access to the Arkansas River Trail. A seasonal amusement park is open Saturday and Sunday from April through October.

The beauty of Petit Jean Mountain, named for a French girl who disguised herself as a cabin boy to follow her love to the New World, inspired the creation of Arkansas’s first state park. The park is home to Mather Lodge, the Cedar Creek Canyon, interesting rock formations, Cedar Falls and miles of hiking trails. The visitor center is open year-round.

This restored 1850s antebellum home is one of the best-preserved stagecoach stations on the Butterfield Overland Mail Route. The Potts Inn Museum features several log buildings and antique farm equipment.

Lake Dardanelle offers 34,000 acres of fishing, boating and water recreation, and serves as a popular wintering ground for bald eagles. The lake is surrounded by parks and campground and is one of the most accessible lakes in the state.

If you have time for a detour, the National Scenic 7 Byway is named one of the “10 Best Drives in the U.S.” by Car and Driver Magazine. The route snakes through the Ozark National Forest, through Jasper and crosses the Buffalo National River.

Big Piney Creek is one of the best float experiences in Arkansas. Offering Class I, II and III rapids, this small mountain stream is mighty popular among thrill-seekers. Canoeing is popular late October through mid-June and fishing is popular all year long.

This quaint little town offers German and European flare and is home to three of Arkansas’s most well-known wineries. The Wiederkehr Weinkeller Restaurant serves Swiss-German cuisine by candlelight in the original wine cellar hand-dug by Johann Andreas Wiederkehr in 1880.

This Victorian Main Street has been beautifully preserved and contains six blocks of shops, eateries and attractions.