Saving a Lake – The Draining of Lake Poinsett 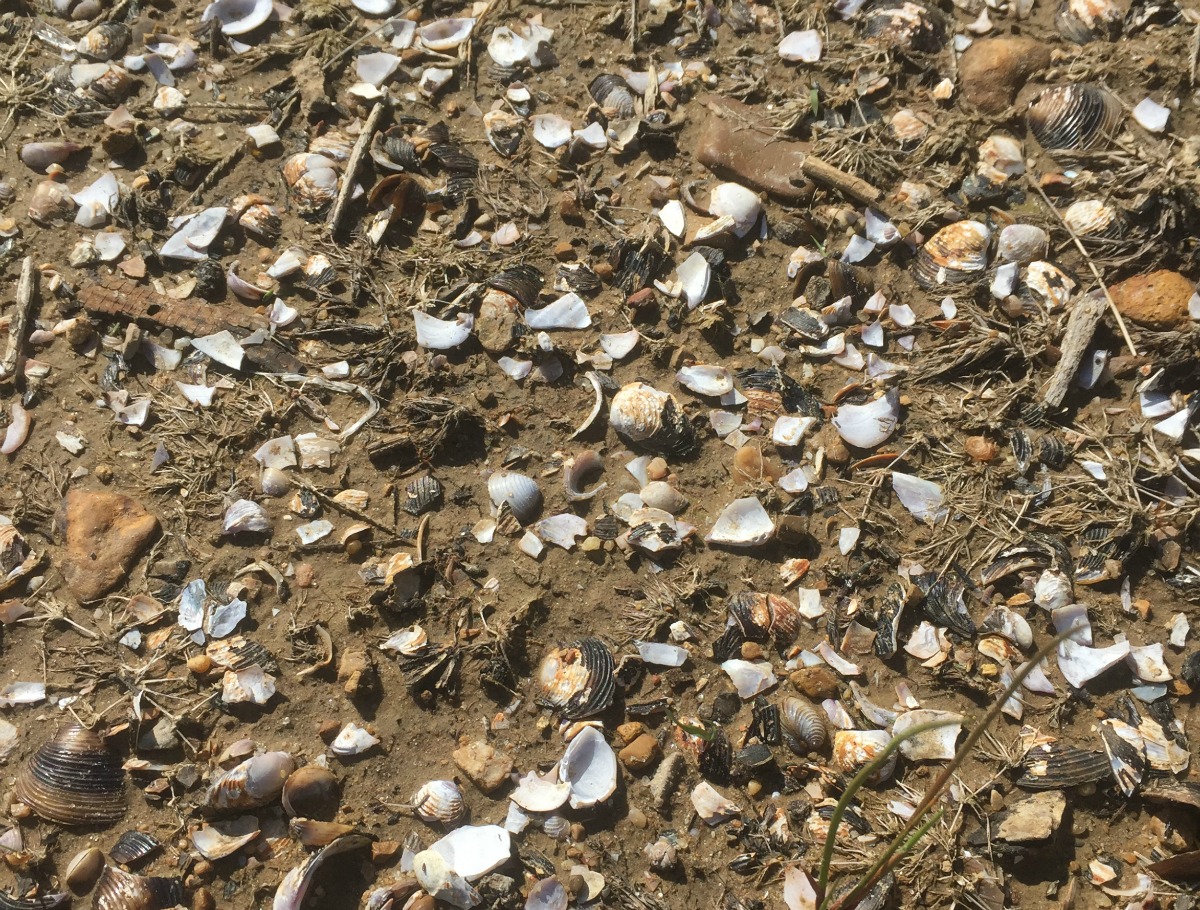 When you visit a lake, you expect to see water. After all, a lake without water isn’t really a lake, is it? If you plan to visit Lake Poinsett over the next few years, you may find yourself asking that very question. The Arkansas Game and Fish Commission (AGFC) began draining the water from Lake Poinsett in July 2017 as part of a massive shoreline restoration project.

When I first heard about this project, it was hard to imagine what went into draining a lake. Is it like a bathtub? Do you just pull out the plug and the water flows down a drain? It’s not quite that simple but it also not that complicated either.

I had the opportunity to visit with Brett Timmons, AGFC District 3 Biologist, who shared with me the process and purpose of draining Lake Poinsett. While saying draining the lake is like draining a bathtub is oversimplifying things, the process is actually quite similar. To fully understand the process to drain the lake we have to go back to the creation of the lake.

In the late 1950s, residents of Harrisburg and the surrounding areas became interested in obtaining a public recreation area that could be used for fishing. The community ultimately contacted AGFC and eventually, through land donations and the use of Sport Fish Restoration money, a water control structure was built and the Distress Creek was dammed resulting in the creation of the 640-acre Lake Poinsett in 1961.

Once the lake was complete, residents banded together to get a state park. Richard Woods and L. K. Collier, local residents, made the initial land donation that got the ball rolling on the project. Through fundraising efforts and additional land donations, the Arkansas Department of Parks and Tourism accepted the donation and the now 132-acre Lake Poinsett State Park was formed on June 21, 1963, becoming Arkansas’ 20th state park.

The water control structure is composed of a series of gates at 15 and 30-feet below the surface of the water. The 2-foot by 4-foot panels can be raised and lowered by turning a wheel. By raising these gates, the flow of water can be controlled and gradually released back into the Distress Creek which still flows from the southern banks of the lake. Once the gates were opened, it took about three months for the lake to drain fully.

I visited the lake in late April and couldn’t help but notice that there was still quite a bit of water in the lake. As with many projects, especially of this caliber, things don’t always go as planned. As scheduled, the lake was completely drained by October 2017. When several large rain events occurred in late winter and early spring, AGFC Officers began to notice that the lake was refilling; not as planned. It was discovered that debris had blocked portions of the water control structure causing the lake to begin holding water again. A diver had to be hired to come in and clear the gate so the draining process could begin anew. This event alone put the project, which is scheduled to be completed by 2020, behind by several weeks.

Now that we’ve discovered how the lake was originally built, we can begin to understand why draining the lake is necessary to save it. In 2006, a complaint was filed with AGFC maintaining that erosion was occurring along the shoreline.

Lake Poinsett is surrounded by homes. However, AGFC owns all of the lake property and a “boundary buffer” along the shoreline. Landowners have a limited use policy and must acquire a permit to make any changes or repairs along the shoreline. The original complaint was regarding 1200-feet of eroding banks.  The project was accepted, and a plan was developed, although ultimately never funded.

When Brett Timmons joined District 3 of the AGFC in 2014, he started looking into the project more and began surveying the current conditions of the lake. What may have been 1200-feet of erosion in 2006 had now progressed to 2.3 miles of eroding banks along Lake Poinsett’s 6-miles of shoreline. Just over a third of the entire shoreline was being slowly eaten away.

Shoreline erosion is a problem for landowners and the lake’s ecosystem. Sedimentation can introduce nutrients and pollutants into the water and can cover or alter habitats required for a healthy fish populations. Erosion can be the result of natural or human elements, and the causes can even differ based on the area of the lake, the season and water levels.

Timmons revised the project to show the rapid progression of the erosion and the project was reaccepted, and funding was earmarked. The project, which will cost around 4 million dollars, is funded through AGFC. Funding is made available through several partnerships along with sales tax, AGFC license plate sales, fishing equipment and terminal tackle sales and the Dingell-Johnson Sport Fishing Restoration Act. The habitat restoration will be funded through a variety of local businesses, fishing groups and the Friends of Reservoirs foundation and Reservoir Fisheries Habitat Partnership.

Now that Lake Poinsett has been fully drained, AGFC is working with Pickering Firm Inc. out of Memphis, TN to survey the land on a segment by segment basis and implement appropriate restoration strategies. The teams will be looking at adding fill or cutting slope. They may add rock to create a hardened surface. They will also be using geotextile fabric in some areas which allows grass and other natural materials to continue growing in the area.

The soil surrounding Lake Poinsett is very susceptible to erosion, and without this project, they could be looking at 80% or more of shoreline erosion in the next five to ten years. AGFC maintains that the completed project will not only be aesthetically pleasing but will also prevent erosion from coming back.

Lake Poinsett State Park, located along the lake’s western shore, is not directly involved in the restoration project but is being affected by the project. Park Superintendent, Seth Boone,  has already noticed a decline in park visitors but is confident that the park will see even higher tourism than before once the restoration project is complete.

“Sport-fishing is what draws a lot of people to the park. With the lake being dry, many people assume we are not open. We are.”

Boone assured me that the park staff isn’t using this downtime as a vacation. In fact, a renovation project in the gift shop and visitors center was in full swing when we met. While Boone was not a liberty to share all of the improvements that would be made to the park over the next two years, there are some exciting things in the works which will help bring Lake Poinsett State Park to the forefront of Arkansas State Parks and make it a sought-after destination.

The park has several festivals planned in the coming months and hopes that you will consider the park when seeking out camping locations or a spot for a family gathering. Park interpreters will continue to offer trail walks, birding and watchable wildlife excursions, Dutch oven cooking workshops and more. A new hiking trail recently opened as well.

One final question you may be asking is what happened to all of the fish? Lake Poinsett was a fishing hot-spot teeming with bass, bream, catfish, and crappie. In May 2017, AGFC began allowing fishing without limits on the lake. This was extended through July until the draining process began. Many of the remaining fish have traveled down the Distress Creek which eventually feeds into several smaller lakes and other creeks and rivers.  The goal is to return the fishing habitat to all its former glory once the restoration project is complete.

4 responses to “Saving a Lake – The Draining of Lake Poinsett”