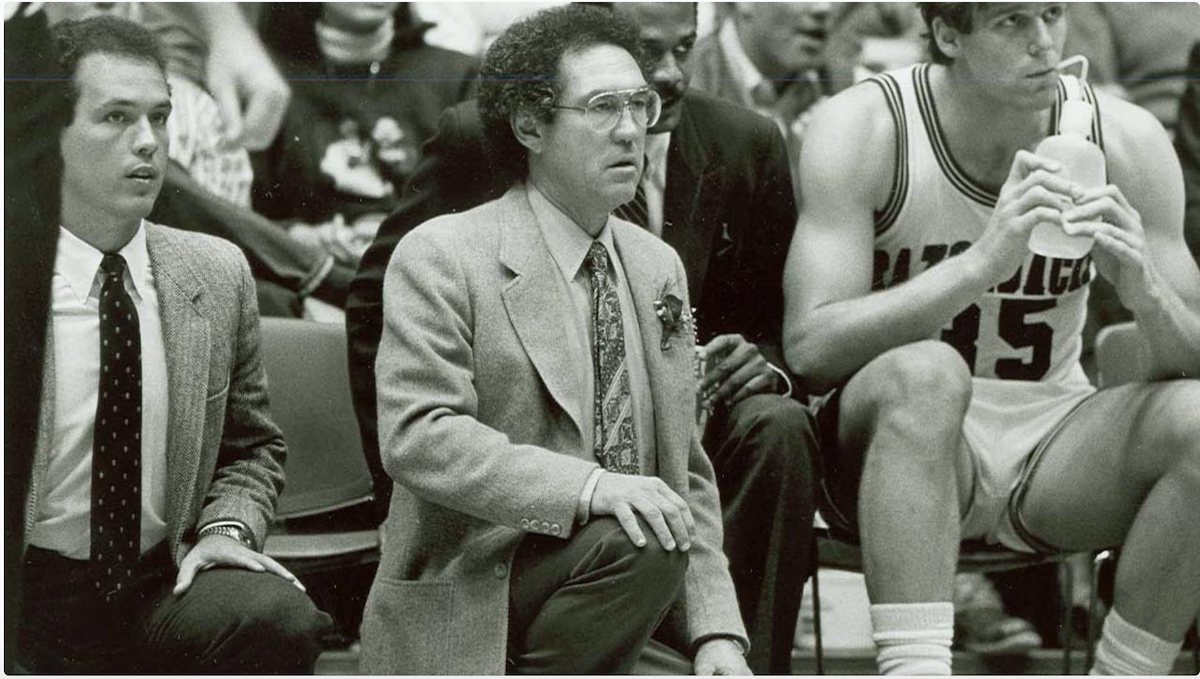 The seventh time, it turned out, was a charm.

With so much of the nation shut down, the Naismith Memorial Basketball Hall of Fame finally opened up for the coach who put Arkansas basketball on the national map.

After his seventh nomination since 2002, Eddie Sutton was announced on Saturday as a member of a 2020 class that will be the hall’s most accomplished ever with headliners like the late Kobe Bryant, Tim Duncan, Kevin Garnett and Tamika Catchings.

The 84-year-old Sutton, who coached the Hogs from 1974 to 1985, will follow Nolan Richardson as the second former Razorback coach to be inducted into basketball’s most prestigious hall of fame. He also follows in the footsteps of his best college player, Sidney Moncrief, who was inducted in the 2019 class.

Sutton earned it, racking up four national coach of the year honors, three trips to the Final Four (one in 1978 with Arkansas, and two later with Oklahoma State), 806 career wins and innumerable bonds with the former colleagues, assistant coaches and players he worked with through the decades.

Many of them, including Ron Brewer, Pat Foster, Charles Ballentine, Joe Kleine and Moncrief, paid tribute to Sutton over the weekend.

“Coach Sutton is a flawed man — like us all — but he’s a genuinely good man who cared about his players,” Kleine told the Arkansas Democrat-Gazette. “I think he’s a good family man and he was a great, great role model for us as young men coming through his program. He taught us, ‘This is how a man acts, this is how a man conducts himself. This is how a man works and talks to people.’”

Sutton’s three sons and grandkids were surrounding him in his Tulsa home when he received the good news about his Naismith election on the phone. So was Darrell Walker, a former Razorback All-American. Walker drove from Little Rock, where he now coaches the Little Rock Trojans.

“Coach Sutton has meant so much to me and my life and my career,” Walker, a longtime NBA player and coach, told Pig Trail Nation. “I don’t think I would have accomplished a lot of this stuff without being under his tutelage.”

Walker was patting a shoulder of the wheelchair-bound Sutton, who suffered a stroke three years ago, when the Naismith hall of fame’s president rang.

“It was a special moment,” Walker told the Democrat-Gazette. “I felt so humbled to be part of that, to be there with this man who has had such a great impact on my life. He shed a tear when I was talking to him and it got a little emotional.”

Almost everybody around these parts agrees this election was long overdue. Had it not been for a late 1980s scandal at Kentucky under Sutton’s watch, Sutton likely would have been in by now.

In the last 18 years, Eddie Sutton was denied entry into the hall of fame over and over. Again and again, Kleine spoke out in defense of his beloved coach. Indeed, Kleine last week told the Democrat-Gazette he thought there had been an organized campaign to keep Sutton from receiving enough votes for induction.

“I wish someone would come out and tell me why he’s been blackballed, because that’s what it is,” Kleine said. “It really infuriates me.”

All that’s cooled now. At last, Sutton has checked the last item off his bucket list.

Still, there is some bittersweetness in how vocal Sutton’s players have become for him.

The stroke left him unable to say most words. During the official induction ceremony August 29, Sutton won’t be able to wax eloquently as Richardson and Moncrief did at theirs.

“It’ll be bittersweet because he won’t be able to express how he feels, his emotions,” his son Scott Sutton told the Democrat-Gazette last week. “He won’t be able to thank the great players and wonderful coaches that helped him along the way.”

He knows his dad, though, is excited to at last break through. “He’s always had so much respect for the history of the game, and to see himself up there with some of the great basketball players and the great coaches, no question it would mean a lot to him.”

No question, too, Eddie Sutton means a lot to Arkansas players and fans alike.